With all the success, and well money, that Disney is getting from being the keepers of the Marvel universe, it’s no wonder that Sony is keen on expanding theirs.

The reason that Sony has a number of characters is that Marvel went bankrupt in the late 90’s and had to sell a number of properties off. With many of the expiration dates coming to fruition for a number of them, many of these characters have returned to the Marvel fold.

Sony however, knowing what a hot ticket they had owning Spider-Man, have chosen to hang o the webslinger for as long as they can, along with a few other characters.

Venom has already made his way to the screen twice, and now it’s the turn of Morbius. 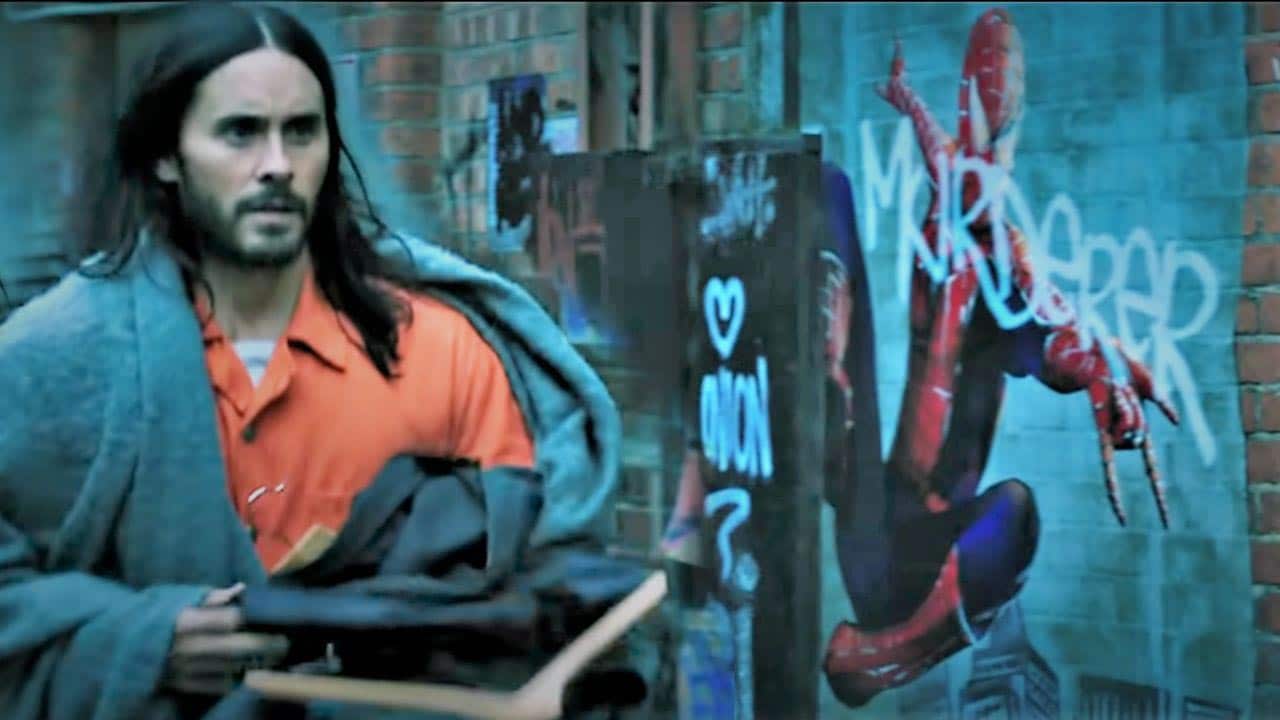 Living in a hospital in Greece are 10-year-old Michael Morbius and his best friend Lucien. The pair are there because they both suffer from a crippling blood disease.

When the hospital director Dr. Nicholas (Jared Harris) realises that Michael is a smart cookie, he manages to send him to New York City, so that his education and his health needs can both be looked after.

Years later and Michael (Jared Leto) has become a renowned doctor himself, specialising in working to find a cure for his own rare blood disease.

He thinks he’s getting close when he discovers that the blood from a bat has incredible properties when injected into his own blood, allowing him to walk unaided. But the blood does more than that, imbuing him with the traits of a vampire.

As well as handling this, when Lucien (Matt Smith) learns of what this serum can do, he develops a taste for it all of his own, which sees the number of murders grow in the city.

Morbius soon finds himself having to not only stop Lucien from going full on vampire in the city, but also try to control his own blood lust. 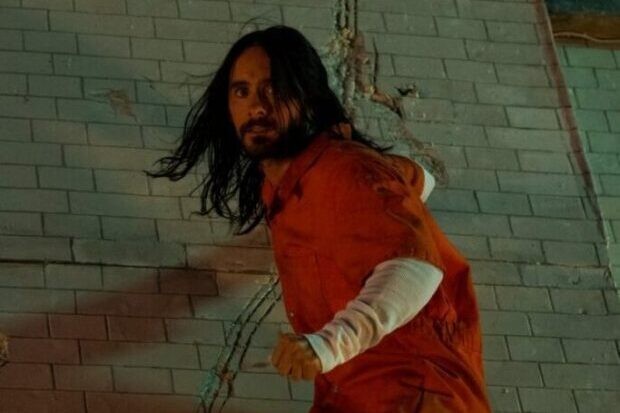 Damn I better get a move on, or everyone will know I'm Banksy.

It’s fair to say that Morbius isn’t one of the most well known characters on Marvel’s roster, but that’s not going to stop Sony. They’ve already given Venom a spotlight, with mixed results, and are keen to make the most of the Marvel characters they’ve got their mitts on.

That’s all well and good for Sony, but it’s not as clear cut for audiences. First there’s the fact that he’s relatively unknown outside of the nerd circuit. Morbius isn’t a marquee name that will have crowds through the doors in their droves, unlike his Sony stable-mate Spidey.

Perhaps that wouldn’t have been such a hurdle if the film’s execution wasn’t so on the dull side. Leto is an exciting talent amongst his peers, and yet his performance here is on the restrained side. So much so that he’s often outshined by Smith, who is clearly having a ball playing a baddie and it shows.

It’s possible that Leto gives his character too much respect, and doesn’t want to offend by going big; but as John Cena has proven recently with his Peacemaker show, going big can prove to be a glorious, freeing experience.

It’s also director Daniel Espinosa’s first foray into the Marvel universe, and his effort is somewhat stilted, with the possibility that he was slightly overwhelmed by the project. Much like Leto, it’s as if he’s holding back, which makes for a tired and reserved experience.

The fact that it’s lacking originality also doesn’t do it any favours; there’s the obvious comparisons to all things Dracula, as well as a hint of a vampire version of Dr Jekyll and Mr Hyde, which may leave audiences feeling like they’ve seen it all before.

Perhaps it just needs to find its feet – and tiny little bat wings – as the post-credit scenes more than hint of more to come.

He’ll need to raise his game however if this is anything to go by, because just being on the bitey side isn't going to stand out amongst Marvel's heavy hitters.

Otherwise, Sony may find themselves in a position of having the rights to a character that simply leaves audiences cold, after all, the heroes and villains business is just that - business.