With the videogame industry now making more money than the film industry, it’s no wonder that Hollywood is always keen to punch, right, right, left, up, jump on the gaming bandwagon and bring gaming characters and franchises to the big screen.

The problem is, the results are consistently poor, with it now being a running joke, particularly amongst gamers, that if they’re making a film of your favourite gaming character, you can guarantee it won't be their finest hour. Just ask Mario.

But like an end of boss baddie who doesn’t know when to quit, it doesn’t stop Hollywood. Take last year’s debacle that was Sonic the Hedgehog; by all accounts a really bland film, and yet it still managed to make over $300 million at the box office, which for a film that cost around $90 million to make, isn’t bad at all. So much so that Sonic will be back for a sequel. So yes, there is money to be made, even if the film is a stinker.

Although the fighting franchise Mortal Kombat may not have the same kind of global appeal as the iconic blue hedgehog, when there’s that kind of money to be made, no wonder it’s throwing itself into ring for the opportunity to take home a healthy purse for any kind of a win on the takings front. 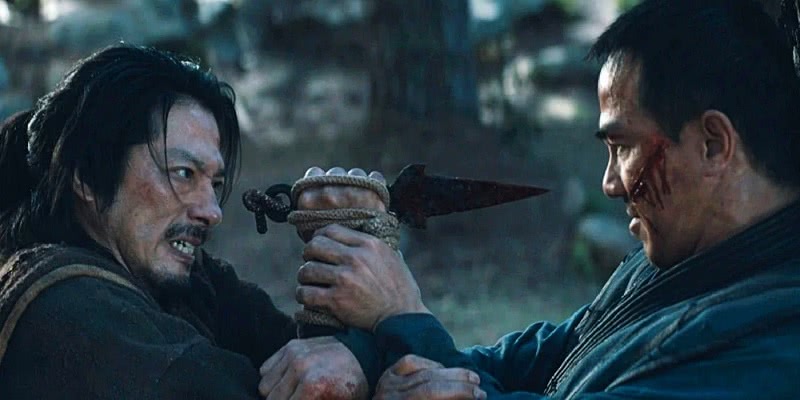 Now take what you said about Britney back!

Trying to make a buck or two for himself and his family is MMA fighter Cole Young (Lewis Tan). Unfortunately for him however, his best days appear to be behind him, as he’s becoming more of a journeyman than a contender.

After one fight, he heads off for a bite to eat, only for him and his family to be attacked at the restaurant by a powerful warrior, known by the name Sub-Zero (Joe Taslim). They are rescued by another fighter, Jax (Mehcad Brooks), who sends them to safety as he tackles the ice cool villain alone.

It’s in the company of Sonya Blade (Jessica McNamee) that he learns of the fighting tournament Mortal Kombat. It takes place between the realm of Outworld and Earthrealm, with Outworld currently ahead by nine wins. Unfortunately for Earthrealm, they need only one more win to achieve total victory, and claim Earthrealm as their own.

Cole learns however, that he is special, coming from a unique fighting dynasty, one which could change everything and perhaps even save Earth from the evil of Outworld. But he won’t be able to do it alone, as he not only has to unlock his special abilities, but train alongside others who are willing to put their lives on the line for the ultimate fighting tournament to save Earth. 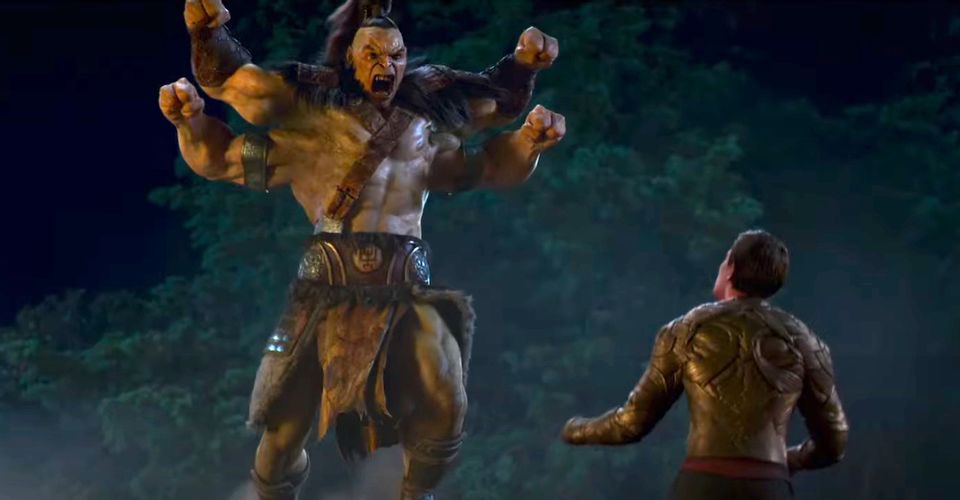 On reflection, the replacement for Big Bird may have been a mistake.

For a video game that features characters fighting, and nothing else, there’s not much for a film to hang its fighting hat on, and boy does it show. The story itself doesn’t put up much of a fight, conceding fairly early on that if you’re expecting Dostoevsky in a tight outfit and special moves, you’re going to be sorely disappointed.

The truth is, Mortal Kombat is just as much a throwback to bad eighties action flicks as it is to the gaming franchise it's based on. It is a flashy, trashy affair, that doesn’t hold back on the cheese. A case in point would be some really striking performances from a relatively unknown cast that really puts the ‘special’ in special moves.

The thing is though, it’s still actually entertaining. Over the top? Sure. Silly? Without a doubt, but undeniably fun.

The fight sequences are well choreographed, with expected nods to the game and characters which fans will get a kick out of.

A real highlight however is Aussie actor Josh Lawson and his portrayal of Kano; in a film where many of the characters are forced to take themselves far too seriously, Lawson is allowed to let rip with some sharp one-liners and comebacks that elevates him to the main attraction on the fighting bill.

It’s not a film that re-defines the videogame film genre, not by a long shot, but at least it has some fun with it, as fleeting as it is.

The game-to-film genre also isn’t going anywhere any time soon, with the announcement that Sony’s samurai game Ghost of Tsushima will be slashing its way onto screens in the near future, hopefully with a little more in the way of story involved.

Mortal Kombat, much like the gaming franchise it’s based on, is not to be taken seriously. It is a vacuous slice of puerile entertainment that already stretches out a thin premise to almost see through proportions. But if you go in with the lowest of expectations, wanting a quick fantasy fighting fix, then it’s very much game on.