The English as a whole don’t have the best reputation when going abroad. We’re not all that keen on the foreign muck they serve, and prefer that standards of fish and chips and the full day breakfast are available at all times. The same goes for drink, with local bars overlooked for an English themed pub, to make us film at home. And don’t even get started on language, with no attempt at engaging in the mother tongue, instead choosing to simply shout English very slowly in a bid to be understood by confused locals.

In short, we’re a bloody nightmare.

Thankfully, this film chooses to show an English person abroad in a far more agreeable light, with the titular character’s adventures in the City of Light. 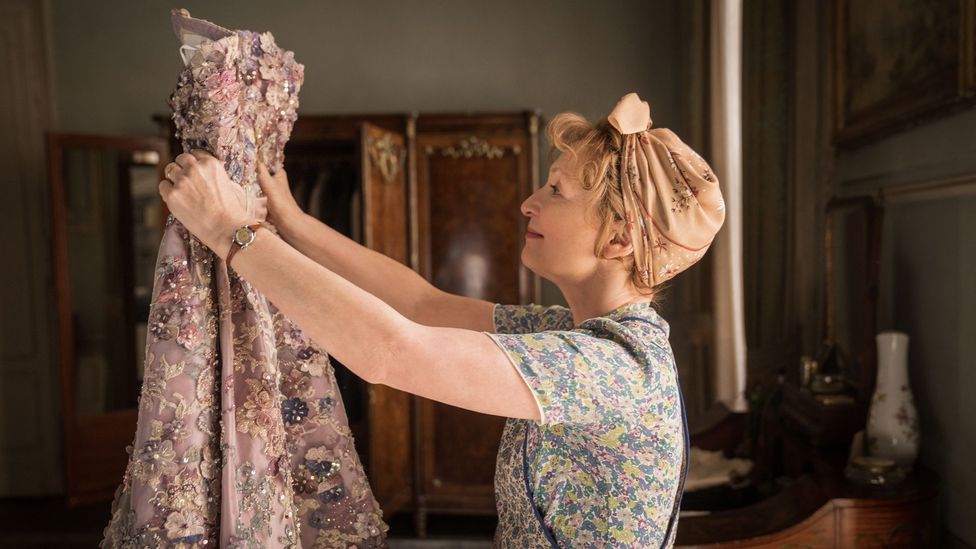 That wasn't a bad buy for 50p from the charity shop.

It’s 1957 and working a number of cleaning jobs in London is Ada Harris (Lesley Manville). She’s married to Eddie, but it’s been some time now since the war, and he’s yet to either return or be officially registered as dead. So she works her fingers to the bone, saving up as much money as she can, for she has a dream: she wants to save up enough money to visit Paris and buy a dress at the extremely exclusive house of Christian Dior.

For those around her, they consider it a pipe dream, but they don’t fully appreciate how driven Ada is, until she actually does have enough cash to make her dream trip a reality.

But even though she has the hard cash in hand, buying a dress from Dior isn’t as simple as she thought, turning her overnight trip into something of a life experience, one that she’ll never forget. 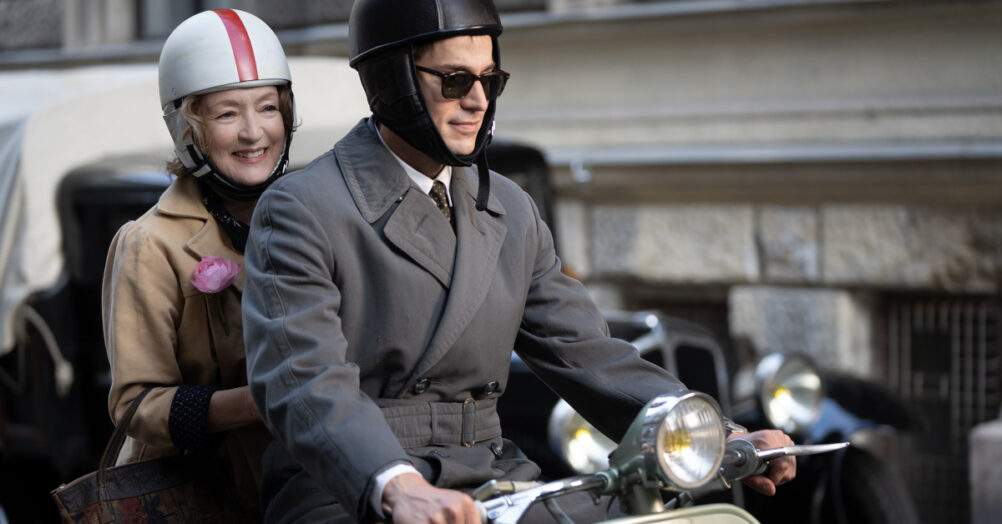 I feel the need, the need for a gentle putter down the road.

If you’ve happened to be following the news in the UK of late at all, then you’ll probably understand that there have been some very dark clouds over old blighty. It’s all rather grim and depressing, which we’re more than use to as a nation, but still.

This then, is some welcome light relief that definitely puts the cosy in tea cosy.

US born director Anthony Fabian’s film, based on Paul Gallico’s novel of the same name, is set during the late fifties in Europe, featuring both London and Paris.

Lesley Manville is a delight, playing the cheery working class Ada, who has dreams beyond her status. Daring to dream and make it a reality, doing something out of the ordinary, although not fully knowing what she’s letting herself in for.

Fabian does well in capturing the essence of the period, the elegance and sophistication. Although he leans on it a little too much in places, with some dull interactions regarding philosophy, as well as a backdrop of bin strikes on the streets of Paris.

But as Ada proclaims, there are some lovely frocks, many of them seemingly vintage Dior, and still look dazzling on the screen.

It could also signal the rise for young starlet Alba Baptista, a Portuguese actress who plays Dior’s main model, and looks every inch the part.

It may rumble on a tad, and take a few misguided steps off the runway, but it’s still a welcome pick me up during these downer of times, proving that not all Brits are bad abroad – in the films at least.