Its difficult not to have an opinion about Muse. They make the kind of music that basically has two camps: love or hate. This fifth album is unlikely to change either opinion much. Those who adore the trio will keep on doing that. And the rest of us will keep on thinking lifes too short to sit through an entire LP. 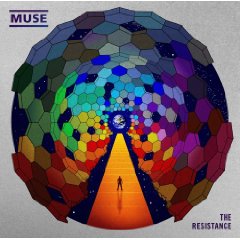 Thats not to say they make a bad noise. Listening to the odd single (and lets face it, most of their singles are on the odd side) wont have an adverse affect necessarily. But you really have to be a true fan to listen to a Muse album all the way through.

You have to give a band credit though for creating a new genre of music  although youre unlikely to find any other bands in the musical pomposity section in HMV. Just the entire Muse back catalogue. Were guessing that lead singer Matt Bellamy wouldnt have it any other way.

This album contains ultra-strong elements from other bands. Undisclosed Desires is a really great Depeche Mode song that just never happened. And United States of Eurasia is definitely a song by Queen, isnt it? If not, Freddy Mercury has been visiting the band whilst they sleep, and whistling this tune in their ears. Whether he likes the finished article is another matter. Maybe someone could ask Derek Acorah.

And then you get the bad side of Muse, of which Guiding Light is the perfect example. Its a rank piece of overblown rock. Its the kind of thing that could easily turn up as Finlands next entry in Eurovision, with lots of flags waving in the background. It should come with a warning stating that listening to it could induce vomiting. Its that bad.

Thankfully, here at least, thats about as bad as it gets.

Finally, theres the matter of 'Exogenesis', parts one, two and three. Its basically the Muse philharmonic, with a rock opera feel about the whole thing. Fewer guitars and more strings. But still outrageously pompous. But thats Muse for you.

Its an album of very few surprises then, with the band producing the kind of music their fans love. If you havent bought into their sound before, this will do little to change that. Now if only they could get sponsored by Marmite they could be onto a winner...