Having a working relationship with one of the world’s most famous writers of the 20th century is impressive on its own, but to then have that story as a subplot, focusing instead on your own life at the time is certainly bold. But that’s exactly what has happened here, with the film version at least, of Joanna Rakoff’s time in New York City.

This film by French Canadian director Philippe Falardeau follows the journey of a young Rakoff to the Big Apple, in search of a career in writing, only to be sidetracked into working for a literary agent with some heavy hitters of the literature world on her books. 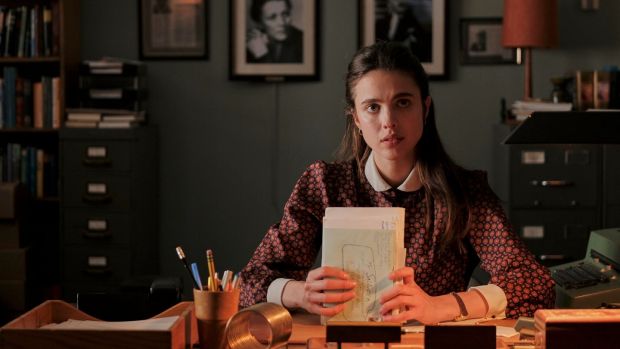 Although at university, Joanna (Margaret Qualley) is drawn to the creative energy that is NYC, where she wants to experience life and become a writer. So she makes the brave move of dropping out and moving in with a friend in the city, and starts to look for work.

She’s sent to one of the oldest literary agencies, run by the formidable Margaret (Sigourney Weaver), to apply to be her assistant, despite having few of the skills, like typing, for the position. Still, she does enough to impress Margaret that she gets the job, and so her career in publishing begins.

It’s only after working there for a while that Joanna realises that one of Margaret’s clients is none other than J.D. Salinger, author of Catcher in the Rye, considered one of the greatest novels of its time.

One of her responsibilities is to answer the fan mail that the agency receives for the author, with strict instructions that he’s not to see any of it. She’s also surprised to take calls from Salinger himself, who since becoming famous has become notoriously reclusive.

Meanwhile, she’s getting to grips with her relationships outside of office hours, namely with her new boyfriend Don (Douglas Booth), as well as her relationship with writing itself, as she has to keep it a secret from Margaret, who is not keen on hiring would-be writers on her staff. 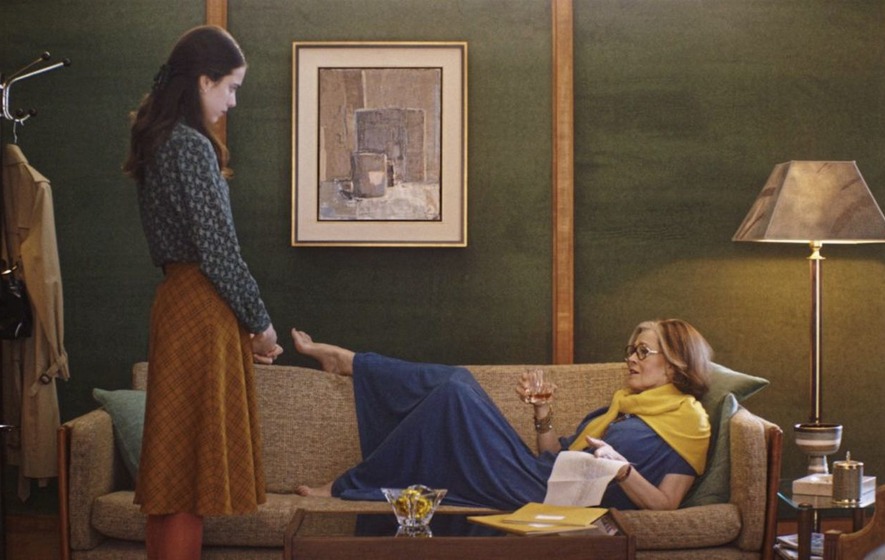 Listen my dear, I don't think requesting you rub my feet with yak's milk is that unreasonable.

There’s no doubt that there’s a story to explore between the young Rakoff and her time at the agency, but it feels that director Falardeau doesn’t go deep enough; instead, there is a lot of dull filler in her private life, namely that of her new boyfriend. After dangling the Salinger-sized carrot, the last thing you want is a flat, inconsequential relationship that adds nothing to the film, getting in the way. So much so that her time away from the agency soon becomes quite tedious.

Perhaps that’s why the film was released in the UK under a different title, with its original being My Salinger Year, as a way of distancing itself somewhat from the writer tonally, and an attempt to capture the whole experience of moving to New York for the young writer instead. The irony is of course that Salinger’s role in the film is by far the most interesting element about it.

The film is at its most compelling when Joanna is in her work environ, particularly with her run-ins with her boss Margaret; Weaver is just the right side of prickly as the head of the agency, who is cordial but not necessarily friendly, keeping Joanna very much at arm’s length.

The real star however is Qualley, daughter of Andie MacDowell, who gives a truly impressive performance in her first lead role. She has an undeniable star quality throughout, and still manages to be wholly watchable despite the flaws in the script.

Certainly Falardeau’s direction is also on the pedestrian side; if you are going to focus on a relationship outside of work, then it should at least have be fuelled by emotional fireworks, instead of a sparkler that refuses to light.

Perhaps the relationship Rakoff had with Salinger is everything as it's portrayed here, but then if that’s the case, then there definitely feels like a biography of the author’s fascinating life is needed, far more than this patchy effort.