Kick. Released in 1987, it was an album that changed everything for Australian band INXS. Their sixth studio album instantly elevated them into a new sphere of success globally, and made a superstar out of lead singer Michael Hutchence.

This documentary, directed by Richard Lowenstein, delivers a fascinating insight into the life of Hutchence; from his curious childhood, the meteoric rise of his band, his many loves, and his untimely death. 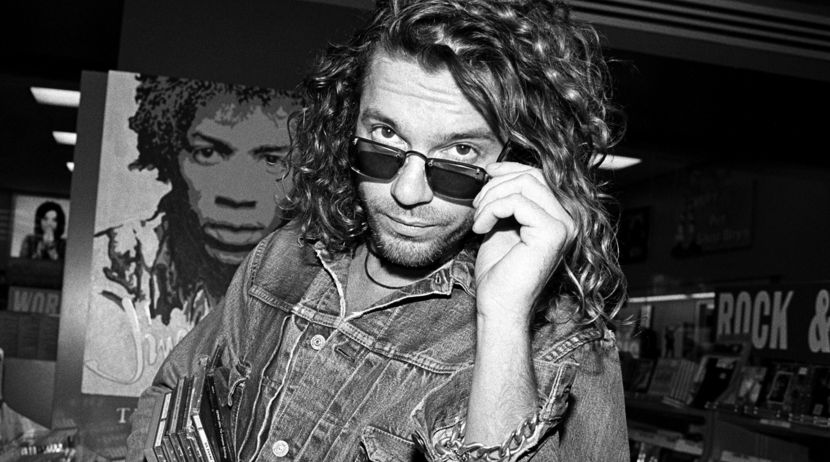 Michael was hoping his thick denim outfit was enough to cloak his CDs from security.

The film includes some incredibly candid conversations with the likes of former girlfriends Kylie Minogue and Helena Christensen, set against some absorbing home footage, much of it shot by Hutchence himself.

Lowenstein has crafted a beautiful, melancholic time capsule to one of the most enigmatic front men in recent pop history. Despite often being described as shy, as soon as he took his place on a stage, he transformed into a showman like no other.

To that end, Lowenstein always keeps Hutchence centre stage, with all other contributors offering their thoughts in voiceover. The grainy footage, all pre smartphones, shot on real film, adds to the nostalgic air of it all.

What’s apparent is what a true talent he was, with a voice that many gave him little credit for. Often it was his catwalk good looks that got the most attention, as well as who was hanging off of his arm. And although he gained a reputation as being a lothario, the film offers up a man who fell in love, deeply, with no half measures. 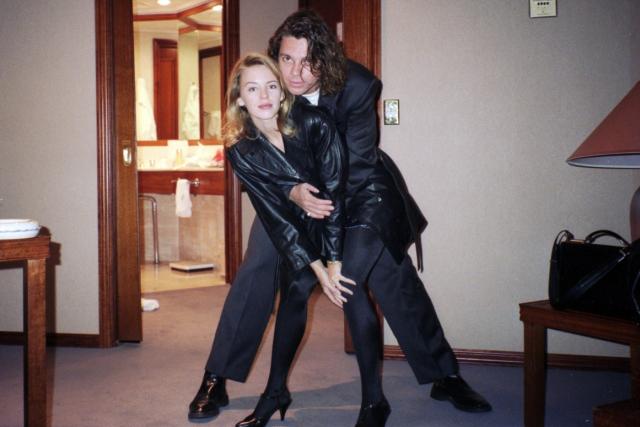 Kylie was sometimes genuinely concerned as to where she ended and Michael began.

Perhaps the films few failings include a rather abrupt ending; not only does it completely ignore the possibility that Hutchence’s death may not have been suicide, but could have been attributed to autoerotic asphyxiation, as was widely reported some time after his death, it also seems to ignore his huge legacy. It also feels that more contributions from his band mates could have been included too, being they spent so much time with him over the years.

It could have also included how his tragic ending extended to those around him, with the death of Paula Yates, his partner and the mother to their daughter Tiger Lily, three years later from a drug overdose.

On a personal note, I was fortunate enough to spend some time in the same room as the man. It was the early nineties, and my music journalist friend invited me to the band’s album launch in London as his +1. As a huge INXS fan it was incredibly exciting to be there, mixing with celebrities such as Jonathan Ross and David Baddiel. One highlight was as I was about to enter the gents, a strikingly attractive women brushed passed me on her way out from there – it was supermodel Helena Christensen, who was dating Hutchence at the time.

And although the band’s best years were then behind them, there was no denying the charismatic pull of Hutchence in his presence. He never flaunted it like so many pop stars, playing up to it in a crowd, instead choosing to save it for performances where they really mattered, and counted, on stage.

This film is a rare, intimate portrait of yet another rock star taken far too soon. It’s a reminder of not only the total performer, but of the creative, self-doubting singer/songwriter who often felt as if he didn’t belong amongst his rock star peers. How wrong he was.