Despite being in the 21st century, which sounds about as futuristic as can be, we still find ourselves very much in the dark ages. Take the highly contentious issue of abortion. The Pro Life campaign is still bullying women, hassling them outside clinics across the US, as if that somehow justifies their means.

Director and writer Eliza Hittman’s latest offers an insight into the plight of a young woman, who has made the difficult choice to have an abortion, as well as the difficulties and obstacles making such a decision brings. Don't move, I think I just saw Timmy Mallet coming out of Greggs.

Living in an ordinary, quiet town in Pennsylvania is 17-year-old Autumn (Sidney Flanigan). Life is far from ideal, but it’s made even worse when she suspects she may be pregnant. After visiting a clinic she gets confirmation that she is. To add to the trauma of the event, she also learns that in the state of Pennsylvania, she needs parental consent if she is to have an abortion.

Deciding that that’s exactly what she wants, she decides to head off to New York City, where consent isn’t needed, and have the procedure, with as little disruption to anyone around her. When her cousin Skyar (Talia Ryder) finds out what she intends to do, she insists on tagging along with her for support.

With the procedure taking longer than anticipated, the pair of youngsters find themselves with plenty of time on their hands, with limited resources, in an unfamiliar city that isn’t exactly welcoming. 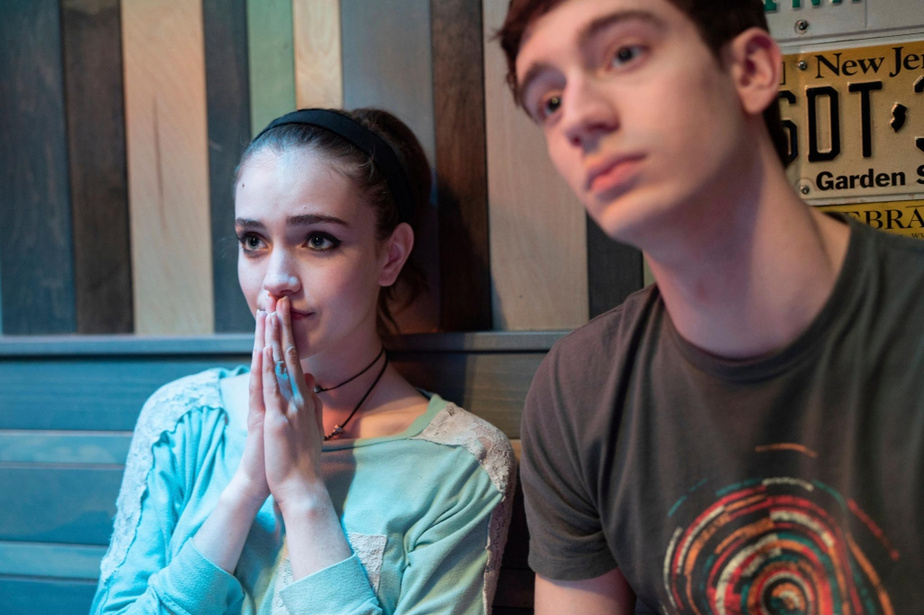 We've warned you before about not keeping two metres apart...

Hittman’s third full-length feature is nothing short of disappointing. Despite having a number of features under her directing belt, there’s a somewhat amateur feel to this effort, which resembles more of a school project.

To begin with, the dialogue is on the sparse side. Hittman chooses to give her main character Autumn a lot of space to breathe, which is a big ask considering the actress playing her is making her big screen debut. Unfortunately Flanigan is simply left with too much to do in places, as Hittman attempts an almost pseudo documentary angle. The problem with that approach here however, is that it’s all rather clichéd and dull.

Even with the introduction of her cousin, who comes across as a far more animated character, there’s an opportunity to peel back some of the layers of Autumn, which Hittman decides to ignore. This ultimately makes the film feel vacuum packed, with every ounce of human emotion sucked out of it.

What’s left is a bumbling travelogue, taking a well-worn journey that has been so often traversed by audiences: a bus ride into NYC, where nothing of any real note happens.

There is one scene however, where Flanigan is actually allowed to display how she feels, but the scene is all too brief and in isolation.

And considering how vocal the Pro Life contingency can be, with their unpleasant vitriol and bullying that often takes place outside the clinics, Hittman completely ignores them, in favour of a well behaved crowd with a few banners. Perhaps they are more civilised in NYC, but it’s certainly not reflective of those around the rest of the country, which is surely key to a film with this kind of content.

There’s also something a little disturbing regarding the portrayal of men in the film; the majority of whom are portrayed in a negative light, with many coming across as lascivious and predatory. Even men given brief roles, such as subway ticket attendants, are abrupt and rude. Although there’s something to be said for the male of the species and how despicable they can be, it feels that at least one member could have been ever so slightly positive, helpful even, over the period the two girls were away.

The main issue with Hittman’s film is that she brings absolutely nothing new to the table, except perhaps a bowling and karaoke scene, which are neither expected nor really necessary. The film is crippled by its emotional void, resulting in nothing short of a rather dull and uninspired travelogue.