If ever there was a gaming franchise that was a license to print money it would be Pokémon. Ever since their debut in 1996, these colourful pocket monsters have been a huge hit with gamers, turning the franchise into not only one of the most popular, but also one of the most lucrative.

This led to a bold spin-off from the usual RPG gaming in 1999 with Pokémon Snap for the Nintendo 64 console. It was a game that swapped poke balls for a camera, sending you on an adventure into the wild to capture Pokémon in their natural habitat.

For 22 years that camera has been gathering dust, until this sequel brushed it off, put a new set of batteries in it (no USB charging port back then, obvs), to get it prepared for a new wild adventure. 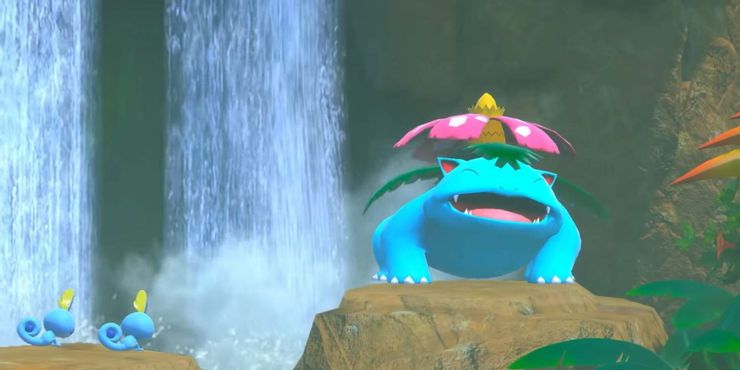 I cannot tell you how happy I am that the water parks are open again!

On Florio Island can be found Professor Mirror at L.E.N.S – the Laboratory of Ecology and Natural Sciences. He is looking for an assistant to help him collate data about the special wildlife that exists throughout the entire Lental Region – Pokémon. Little is known of these intriguing creatures, and the Professor is keen for some to traverse the areas, camera in hand, with the chance to snap ‘em all.

So with your camera at the ready, you board the NEO-ONE, and set off through these wondrous lands in search of creatures the likes the world has never seen before.

As far as Pokémon games go, this game is quite a departure from the usual format. Although there are many colourful critters to discover, the game relies on a on-the-rails system throughout, as it did with the original, that means that exploring is unusually restrictive.

When you board the NEO-ONE, it takes a set route, only allowing you to move the camera around, albeit 360 degrees, as the ship follows its pre-set course. The first few times you’ll probably be taken in by the lush scenery, as you try to capture as many Pokémon as you can. It has to be said however, that all the areas that need to visit will need multiple visits, meaning taking the same routes time and time again. You can think of it as a weird Pokémon roguelike game, which sees you having to proceed through the same environ again and again, but instead of the risk of dying from a monster, you might have to fight a little boredom from the expected déjà vu.

That said, there are different things to see on these later runs, if you’re quick enough to spot them, to keep things mildly interesting, but the environs always stay the same. The developers have tried to address this somewhat, by offering multiple paths available on occasion, but they are few and far between. 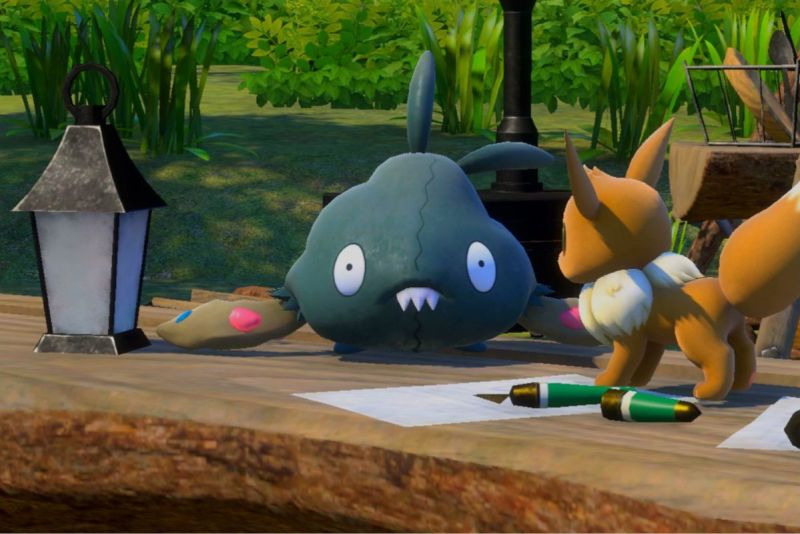 Please don't take my picture, I feel so under-dressed without a bit of make-up on.

That’s not to say that the on-the-rails mechanic ruins the game, but it’s something to be aware of if you aren’t already.

What the game does offer is something borderline hypnotic. It’s not a game where you are equipped up to the eyeballs with weaponry, just a camera – one that doesn’t even allow you take video at that. But despite the leisurely pace of it all, you could still find yourself eager to get the best pic you can.

Each picture taken is stored for viewing later by the professor. The pictures you take are rated by a 1-4 star system, with the idea of getting a full set of each Pokémon. However, for every presentation to the professor you offer, he will only accept one photo per Pokémon, so you can’t simply present them all at once. If you have a picture of a 1 star value that you think is better, you can submit another 1 star rated pic; if it’s better, there’s a chance that you will get a higher value 1 star rating, as each rating is broken down to another sub rating from bronze stars to sparkly ones.

What you’re essentially doing here is playing your own version of Pokémon Trump cards, where you’re trying to get the best hand possible for the biggest points. The more experience points you get will allow you to upgrade every stage you travel through.

And what you’re also kind of doing is also building up a Panini-style collection of photo ‘stickers’, that you’ve take yourself. So if you were suckered into either or both of these crazes in your youth, be prepared to experience them all over again.

But despite the fixed motion of travel, there are elements of interaction with your subjects. Your camera is equipped with a scan for instance, that can not only highlight things you can’t see with the naked eye, but the noise it makes can spark the attention of some of the creatures around you. As can a fruit you can get to equip, which is the closest thing to a weapon you have that you can throw in the general direction of the monsters, or if your aim is off, or you’re just feeling a tad evil, at them. This can create a reaction that is snap-worthy, so remember not to miss it.

Another lure is a sound, which sounds remarkably like an ice cream van jingle, which not only grates after a while, but could also make you pang for a 99 with a flake.

One other aid is the illumine orb you can discover, which helps out particularly during the night stages as a sort of impromptu flash bulb that can be thrown at hard to see Pokémon, making them easier to photograph.

The main aim of the game is ironically the same as the regular RPG franchise, where you have to encounter as many of these Pokémon as possible, but instead of catching them all, you have to snap them. And with over 200 hundred of them to digitally collect, it will take a fair amount of time to not only snap them all, but get their best sides possible.

Of course many would not doubt prefer to be able to get out on foot and do a David Attenborough and sneak around in the bushes, being able to go wherever possible. But with the recent announcement of Pokémon Legends Arceus, the first ever action RPG in the series that will allow you to roam in an open world environ to throw your Poke balls around, you’ll be able to do just that. Leaving for a more calm, relaxed gaming experience here.

New Pokémon Snap is the perfect antidote to the stresses of modern gaming. Not only are the courses relatively short, allowing you to dip in and out of it if you don’t fancy a major gaming session, but there is virtually no chance of you wanting to throw your controller at the screen or turn the air Pokémon blue in frustration. Instead you can just set off on a gentle ride, like a Disney ride that you can’t ever get off, finger hovering over the 'click' button, watching a very pretty world go by as you give it your best David Bailey along the way.

It is a soothing, almost meditative game, that although isn’t heart-pounding, it is still challenging, in its point and click kind of way.

If you find Pokémon adorable, and why shouldn’t you, it is a game that will no doubt increase your cute quota to almost unbearable levels.

Yes the notion of exploration is on the restrictive side, but it doesn’t stop it from being a very satisfying, snap happy experience.