News of the World

One of the most drastic changes that have come from living in the future is the way news is delivered. Not so long ago, it could involve a small child prodding a newspaper through your letterbox. And no, that’s not a euphemism.

Now you’re more likely to have it pop up on your phone, in some kind of newsfeed or app, in electronic form like magic. Or if it’s fake news, black magic.

But how did people get access to their news before the invention of the likes of the internet, TV and radio? British director Paul Greengrass’ latest effort sees Tom Hanks as an original newsreader in the old west. 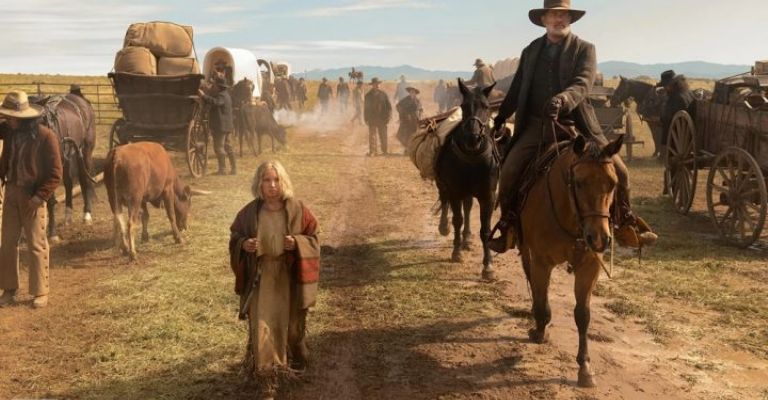 All agreed that the early model for Uber needed some tweaking.

1870, Texas, and the country is still suffering from the after effects of the Civil War. Doing his best to inform the masses is Captain Kidd (Hanks), who after his military service, has taken on the position of riding from town to town, reading the latest news to the town folk living there.

After finishing one reading, he leaves town, only to encounter an incident on the path. There he discovers a young girl (Helena Zengel), who despite being pale skinned and having blonde hair, only speaks the dialect of Kiowa, an American Indian tribe.

He decides to take her with him, to the next town at least, to see who can look after her, but the army claim to be far too busy to show an interest.

Kidd learns that the young girl does have surviving family however, although they do live over 400 miles away. When he encounters some rogues who show an interest in buying her, he decides that the only way to make sure she gets there safely, is to take her himself. But despite the many wide open spaces, it soon becomes apparent that it’s a treacherous journey that will be far from easy to complete. 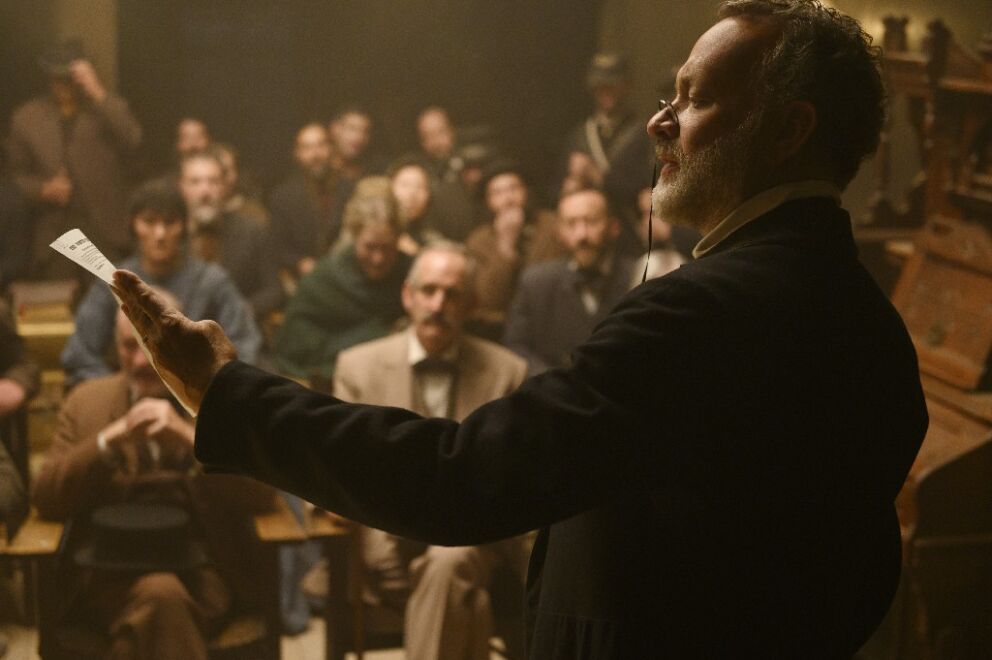 The main issue surrounding this film is that it takes a fascinating fact from history, that of news been delivered vocally in person, and slowly mutates it into a generic road trip buddy film.

As you would expect, Tom ‘the nicest guy in Hollywood™’ Hanks is thoroughly watchable, with his scruffy beard and channelling the spirit of western James Stewart as the eye-blinding good guy, that always keeps him on the right path.

There’s also some genuinely warm chemistry between him and his co-star Zengel, who hits every emotional beat perfectly. She does an impressive job of neither over-thinking, nor more importantly, over-acting, with her subtle and nuanced performance.

And then there’s the cinematography, which is certainly easy on the eye with its splendid, sweeping prairie vistas, that are only spoilt by some jarring shots, most of which come from a drone, which only draws a greater distance between itself and classic westerns, making them feel clinical.

The story is, well, far from original, and it won’t take a genius to map out either the film’s route or storyline to its obvious conclusion. The symbiotic relationship however, can draw comparisons with Ico, the classic PS2 game that sees your character having to guide and protect a young girl through the adventure ahead. Stick a beard and a Civil War outfit on Ico and you’ve got it all.

It’s yet again one of those films that will draw you into it due to Hanks’ involvement, but despite a solid performance, Greengrass struggles with the overall momentum of the film, with it losing its way in the final third, feeling tired and limp as it crosses the finishing line.