The Mission, Husbands and Wives, Love Actually, Kinsey: all these titles have two things in common, they are all Liam Neeson films, and they are just a handful of them he made, seeing him in a wide variety of roles, before his re-invention as an action hero in 2008’s Taken.

It doesn’t happen very often, where an established actor gets the opportunity to make the jump from a highly talented actor, to becoming an A-list action star so deep into their career. But if it happened to Neeson, it could happen again. And there’s every chance it can happen to Bob Odenkirk in this superb action flick. 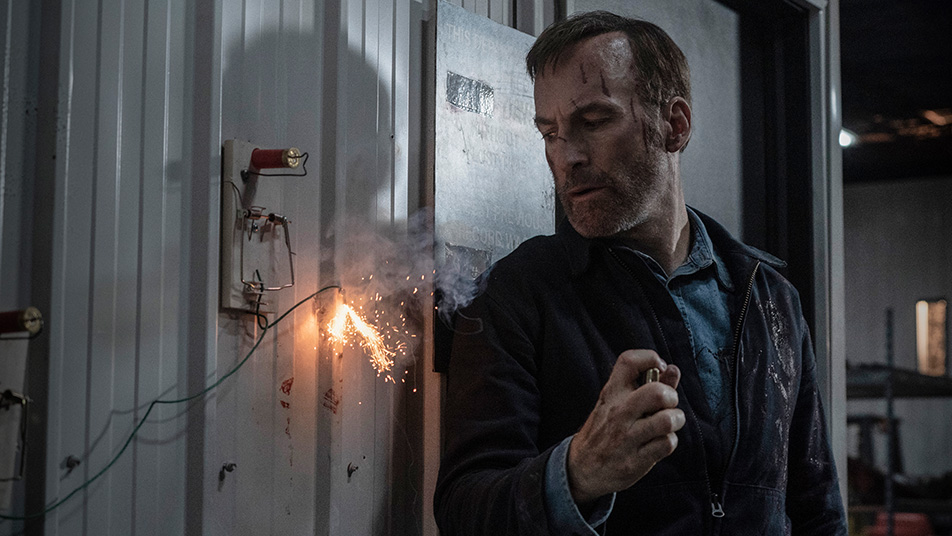 He just thought enough was enough with the growing trend for video door bells.

Living a very ordinary life in the suburbs, with his wife Becca (Connie Nielsen) and their two kids, is Hutch (Odenkirk). Hutch is an auditor, working for his wife’s dad’s business, very much stuck in that nine to five rut.

His mundane life gets some unexpected excitement however, by way of his home being broken into with his family in it. Although he confronts them, he allows them to take what they want, including his watch with sentimental value, which only makes him more of a disappointment in the eyes of his family.

It’s an incident that plays on his mind however, unlocking a part of his past that he had done so well up until this point to suppress; his family are fully aware that he served in the military, but as he often told them, only as an auditor. Little do they know that that was a codename for a highly skilled assassin, whose very name brought fear and dread to those that heard it.

With his past very much now in his present, an altercation on a bus proves to be the catalyst for Hutch to be put in the sights of Yulan, a dangerous Russian crime lord, who is keen to seek revenge and make Hutch truly a nobody whose disappearance no one will care about. 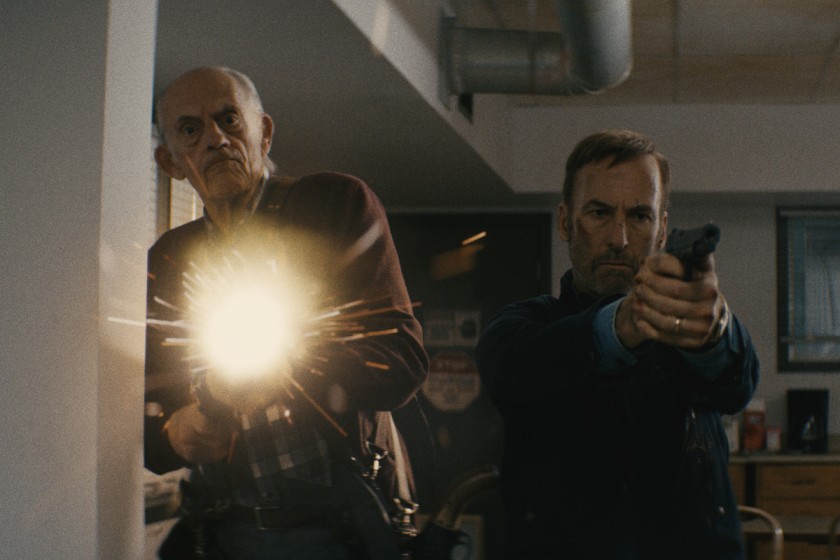 Hey Biff, you can't say I didn't warn you that your time would come...

Odenkirk has been around the acting block for some time, so it’s no surprise he has over a hundred acting credits to his name. It was possibly his success playing Saul Goodman (AKA Jimmy McGill), in the critically acclaimed Breaking Bad that brought him to the attention of a mass audience however; so much so that his character enjoyed the spin-off series Better Call Saul.

And although his CV isn’t exactly bulging with action roles, much like Neeson’s wasn’t pre Taken, Russian director Ilya Naishuller decided to cast him as an action hero in his film, which it has to be said, ended up being a savvy bit of casting.

Nobody isn’t exactly brimming with originality, think of a middle-aged John Wick and you’re pretty much there. But where Wick is a soulless franchise with a bland protagonist, Odenkirk is surprisingly believable as an average guy-next-door, who is forced into a position to once again become a killing machine.

As soon as it does, the film becomes a violent tour de force; what Naishuller delivers is akin to a brutal ballet, with deliciously over-the-top action scenes directed with style and a keen sense of rhythm. And to Odenkirk’s credit, he wholly embraces this new action man with utter gusto, making his transformation more than credible.

It’s a film that harks back to those terrible action flicks that were such a joy to watch; they were of course completely nonsensical but it didn’t make them any less entertaining. Naishuller tears a page out of their book, and just gloriously repeats it, page after page, in his script.

Along with the absurd violence, there is a wonderful role for Christopher Lloyd, who clearly rolls back the years – without the need of a DeLorean this time – to have possibly the most fun he’s had on screen in years.

What the film lacks in originality, it more than makes up for in cinematic impact; it’s difficult to not get swept up in the grizzly violence, that is often borderline comical, as the film continues its journey into the wonderfully absurd.

There’s also a very real chance of not only a sequel, but a possible franchise, that could possibly elevate Odenkirk from the ranks of all-round actor, to being put on the list for being one major kick-ass star.