It was a prophecy like no other when, in 1987, Gloria Estefan and her formidable Miami Sound Machine, declared that the ‘Rhythm is Gonna Get You”.

They were of course forewarning of the power of music and streaming sites, and how accessible and influential music would be in all our lives. And as we can all acknowledge now, it’s a force to be reckoned with. And in some cases tolerated, as in the likes of Justin Bieber and Ed Sheeran.

In this latest game, it takes Gloria’s sentiment a note or too further, by setting it in a city forged by the power of music. 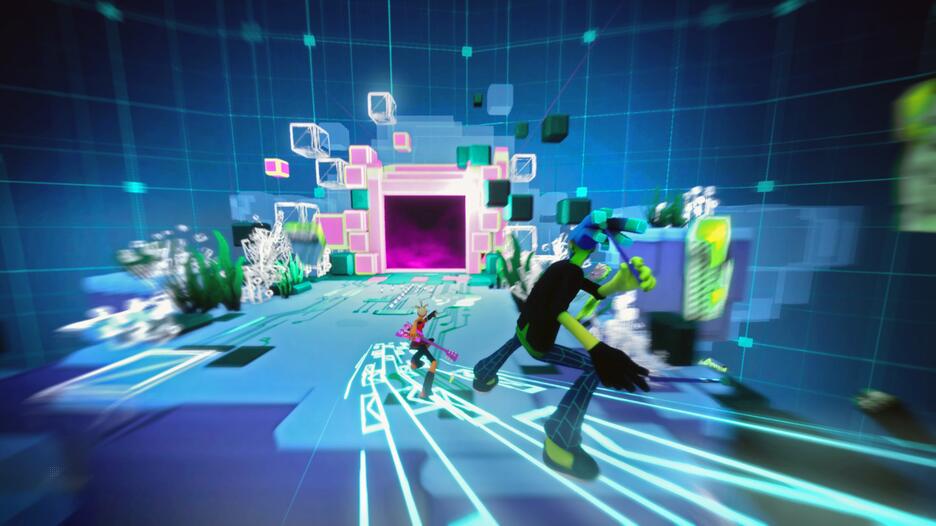 This Tetris reboot is interesting...

Welcome to Vinyl City, the music capital of the world. It’s a city that is sadly ruled by corruption, where you can listen to any music you like, as long as it’s electronic dance music, aka EDM.

Trying to bring the establishment down are rock duo Bunk Bed Junction, made up of guitarist Mayday and drummer Zuke. As a band, they feel that not one genre should dominate the city as much as EDM does, and it’s time to change the record – literally.

Using the power of rock, they take on various artists who have been influenced by the evil record label No Straight Roads in control, in an attempt to spread their brand of music over the city and giving its people a choice in what to listen to once more. 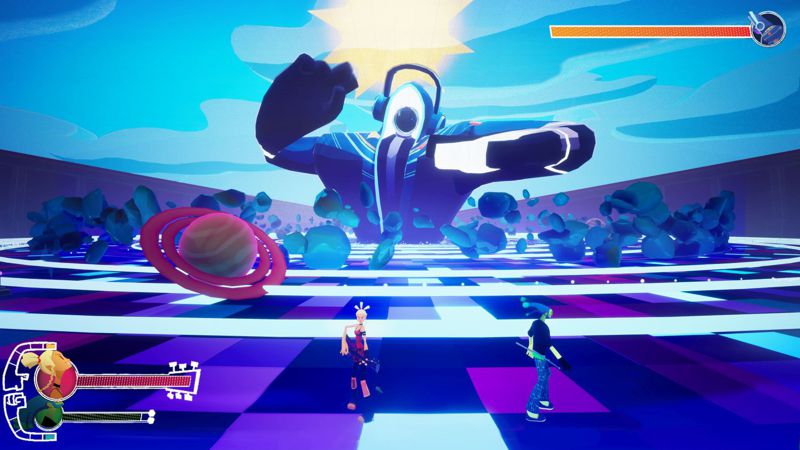 The rhythm-based genre has always been a popular choice with games in all iterations like the world’s favourite rapper Parappa, to the Rock Band and Guitar Hero titles.

This game, from independent Malaysian studio Metronomik, is quite ambitious in that it has created a 3D world of Vinyl City for you to explore and have battles in. It’s an extremely vibrant and energetic world, and is certainly fun to discover on foot, playing as either Mayday or Zuke in one player, or as both in co-op.

The main aim of the game is defeat level bosses, so it’s a shame that this is the most confusing element of the title. Where it lets itself down is in communicating what actually needs to be done. Each battle is quite unique, so there is no one set of rules to follow. Unfortunately instructions are sparse, so it becomes quite a hit or miss affair. What makes it a little more difficult is that you are playing in a 3D space, so where you place yourself within it can be quite important.

We managed to get past at least three boss levels, but these victories were down to more luck than judgement. This issue could easily be resolved with a better tutorial system, or just more info before the battles start.

It’s a shame that they’re just so hard work to participate in, as you can tell there’s an interesting take on the rhythm action game bubbling under the surface.

The world is colourful, the characters are engaging, and even the idea of living in the sewer like a musical teenage turtle is acceptable, it’s just disappointing that the game struggles to communicate what exactly needs to be done to progress in places.

For a game that relies on rhythm in one form or another, it finds it lacking throughout, as it’s not as cohesive as it could be.

It’s certainly a brave and welcome attempt and bringing something fresh to the turntable, it’s a pity that it hits a few bum notes along the way.