It’s safe to say that the majority of European cinema is not produced to compete with big-budgeted Hollywood titles with their need for box office success.

Most are considered more thoughtful, more cerebral material. In other words, more European. 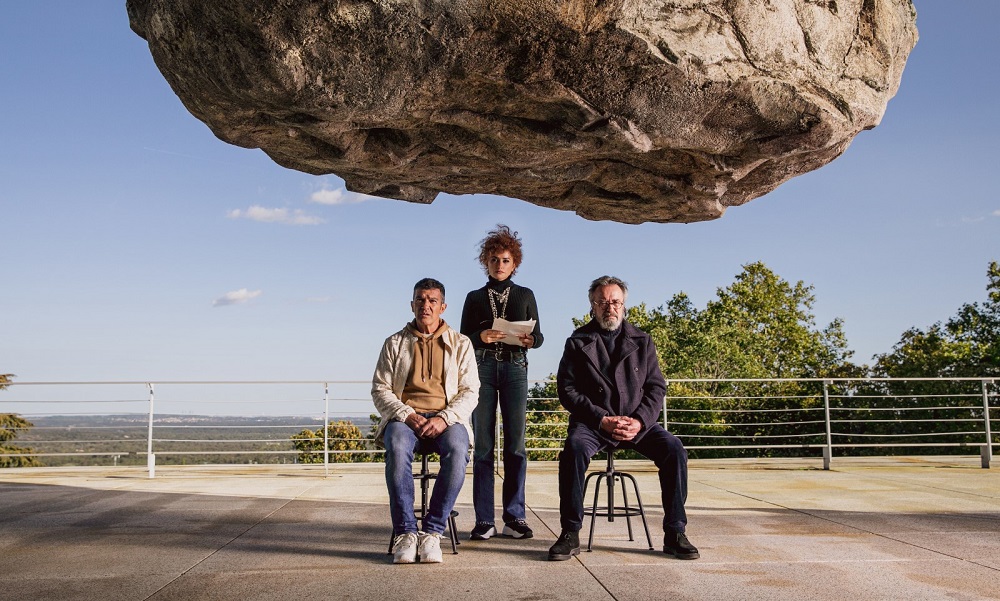 So this is my twist on musical chairs...

Even at the age of eighty, running a business that has made him millions, Humberto (José Luis Gómez) still feels unfulfilled. At first he decides he wants to have a bridge named after him, but then he changes his mind; instead, he wants to make a film, but not just any film, the greatest ever made.

As he more than has the funds, he hires the best director in the industry, Lola Cuevas (Penélope Cruz). He then buys the rights to a Nobel prize-winning novel, which didn’t come cheap.

And so to casting, where Lola chooses two very different actors for her main roles: Félix Rivero (Antonio Banderas) – a younger handsome star who has had untold commercial success; and Iván Torres (Oscar Martinez) – an old school thespian, who knows his craft well.

Lola is all about the rehearsal procedure, that takes place in a large, concrete space supplied by her benefactor, which gives her the space to watch both the actors and their characters develop over a period of time.

Her techniques are far from traditional, but can they get the most out of her cast and make the greatest film ever? 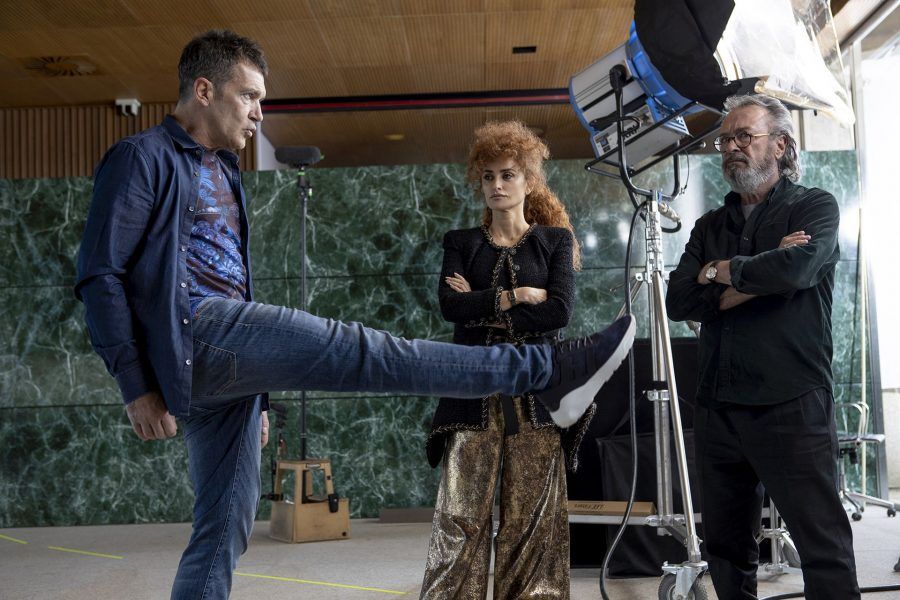 This is how I taught Bruce Lee everything he knows.

This is by no means your average, behind the scenes look at how a film is made. One of the main areas where it’s different is in the fact that you don’t get to see the film made. Instead, the film focuses on the rehearsal period, where the director gets an understanding of what her cast are capable of, whilst the two male leads constantly suss one another out.

It’s no coincidence that the film’s directors, Mariano Cohn and Gastón Duprat shot the majority of the film within an awesome brutalist structure, that gives off the vibe of being an uber multi-storey car park. The harshness of the locale is reflected in the general mood of its actors, as both display a masculine front to each other throughout, in their own ways.

Lola is part peace-maker, but also part antagonist, such is her artistic temperament.

It is the kind of film that would work well as a play, and yet there’s something impressive about the large space that often just these three actors occupy and work within, both as their characters and as themselves. It certainly gives them enough room to emote on a larger scale.

Although it has its moments, it does feel a tad dry throughout. There is a lot of dialogue, that although progresses the narrative, it does lack that necessary sparkle. We learn a lot about the two male leads, but much of it is unnecessary, as it doesn’t add that much to our initial take on either of them anyway. Yes there’s more dialogue, but it lacks depth.

At times it feels as if the film is stuck in a no man’s land of its own making; it’s too full of its self to push the boundaries, even boarding on farce, and doesn’t take itself serious enough to make some kind of commentary on European filmmaking today.

What is evident is the directors love Cruz, and why shouldn’t they? She is effervescent throughout, in all her quirky outfits, and they are more than happy to frame her face in the tightest of close ups for all the world to admire.

It’s a great role for Banderas too, who clearly relishes the challenge of acting in his native tongue, after making a number of films in the US that were probably done for financial gains as opposed to artistic merit.

It may not be as clever as it thinks it is, but it has been nominated for a number of European festival awards, although ironically enough, hasn’t won any of them to date, which is quite telling in itself.

But as a meta take on filmmaking in Europe it has its moments, and fulfils the requirements fairly well of being a true European flick.