There are only two things that can’t be avoided in life: trolls on Twitter and old age; try as you might both are bound to get you in the end.

It’s no surprise to learn then that the anti-aging market worldwide is currently worth around sixty billion dollars – that’s a lot of people desperate to not look their age.

As the title suggests, M. Night Shyamalan’s latest has a curious take on the aging process, one that could put you off a beach holiday for life, and not for the obvious reasons due to the sun that you might think. 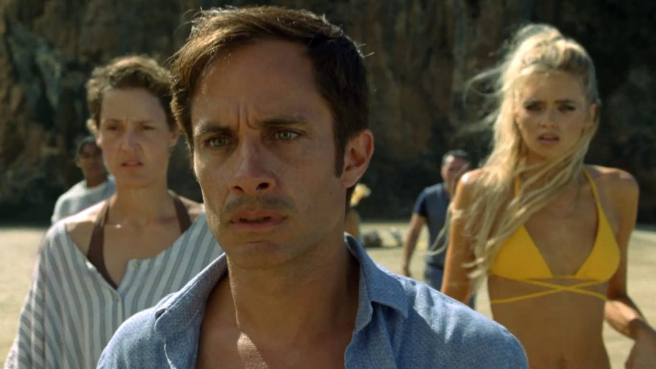 So that's what happened to Sawyer and Freckles...

Embarking on a well needed family holiday are the Cappas: Guy (Gael García Bernal) and his wife Prisca (Vicky Krieps), their daughter Maddox (Alexa Swinton) and young son Trent (Nolan River). They are staying at what seems like paradise, the Anamika resort, with its beautiful beaches and friendly staff.

Not long into their stay they are approached by the resort manager (Gustaf Hammarsten), who tells them of a very exclusive part of the island, only available to certain guests. He invites them to it, and the family are thrilled.

And when the driver drops them off, they can understand why it’s so exclusive, as it’s a beautiful, remote beach, miles away from the hustle and bustle of the resort.

But as they soon discover, along with a few other hand-picked guests, the beach has a peculiar power that somehow dramatically speeds up the aging process, meaning that none of them have time on their side. 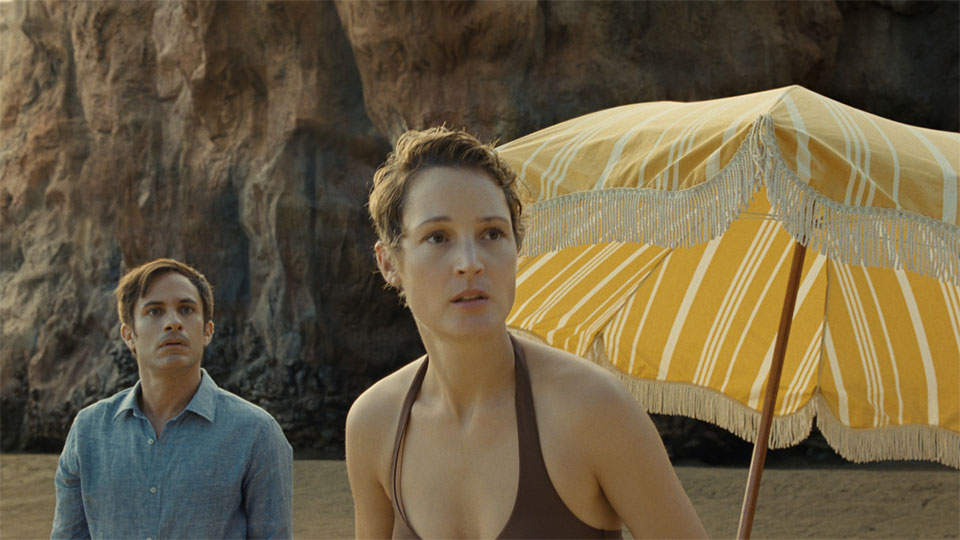 Towels? On the beach? How did they do it? We've been here all night?!

Although based on the graphic novel “Sandcastle”, Shyamalan’s adaptation feels more like an episode of The Twilight Zone, or even a novella by Stephen King. It takes a very simple premise, and runs with it, possibly for too long however. A small band of holiday makers are trapped on a beach and grow old real quick, much like the premise does, sadly.

Once the director shows his hand, there really isn’t anywhere else to go, which is why the film dips into absurdity on a number of occasions. For instance, there’s a scene that the medical profession would definitely struggle with as being an appropriate measure of treatment, and there’s an outrageous excuse given to a new arrival.

It’s a shame as the end pay off is actually fairly solid, and really should have been introduced a lot earlier, as the main story makes more sense once it’s revealed.

There’s no denying that the central premise is a fascinating one, examining our relationship with both time and aging, but Shyamalan’s execution is surprisingly clunky, featuring some oddly wooden performances, and although not a complete waste of time, it is one of his more disappointing features to date.