If there’s one thing that current events in the world have firmly re-established, it’s that there’s nothing glamorous about war. Certainly Hollywood in the past has been guilty of producing features that do just that, but in more recent years have, for the most part, been more accurate in its portrayal of wars.

For many, the horrors of war can far outlast the campaign itself, as they can carry both physical and mental scars from the ordeal.

This story however, based on real events, reveals how, for a band of soldiers, their war lasted far longer than it ever needed to. 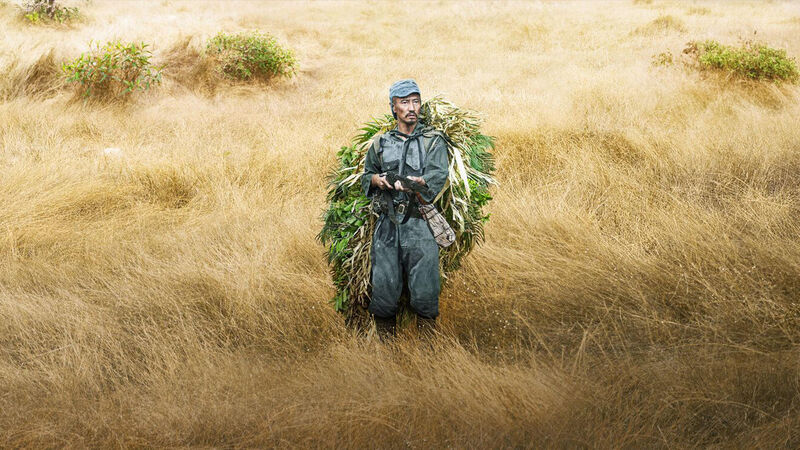 I guess there is such a thing as a fancy dress costume that's just too good.

When Japan found itself embroiled in the events of World War II, obviously many of its young men were keen to help their country. For Hiroo Onoda (Yûya Endô) however, it wasn’t that simple; he wanted to be a pilot, but was told that he suffered from a dizziness that prevent him from being so. Instead, he was recruited into a special division, which after his training, found himself sent to the Philippines to fight for his country.

Taking charge of a handful of men, Onoda was keen to do his best for his country. However, due to no communication with his superiors, he was never made aware that the fighting was over, which meant his personal war lasted far longer than necessary. 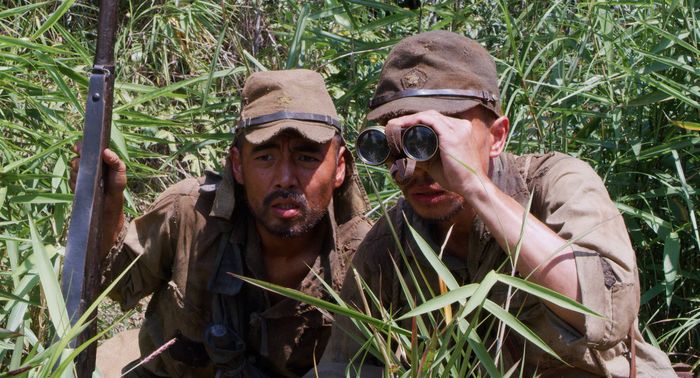 Look, I can see the golden arches from here, we're about ten minutes from enjoying a egg and cheese McMuffin.

This film is yet another example of a story that just sounds too unbelievable to be true. And yet for soldier Hiroo Onoda, played here so elegantly by both Endô and Kanji Tsuda, his war that forgot about him is all too real.

French director Arthur Harari does a superb job with such powerful and moving subject matter, which has a draping veil of sadness throughout.

It’s difficult not to feel for the protagonist, who takes an almost religious belief that the world war is still on-going, and that he and his few men, still have a vital role to play.

It’s disappointing to learn that the director didn’t base the script on Onoda’s memoir, instead citing it as film fiction inspired by history, which feels odd as it doesn’t come across as the type of story that needs much in the way of embellishing.

Still, it does highlight the extraordinary plight that Onoda faced, making for a truly fascinating, albeit harrowing, experience.