It’s incredible how much happens to an individual during adolescence. It’s a time of immense growth both physically and emotionally; that awkward transition from childhood to adulthood, that ultimately shapes you for the rest of your life.

No wonder then that these formative years have been explored so often in film and TV. In recent years the bar has been set quite high with the likes of The Inbetweeners and Derry Girls, that weren’t afraid to hold back on the trials and tribulations of teenage-dom, often presented in a wickedly inappropriate style of humour.

Director Michael Caton-Jones’ latest film has some big, clompy school shoes to fill then, as it follows the day in the life of five young Scottish girls let loose in Edinburgh. 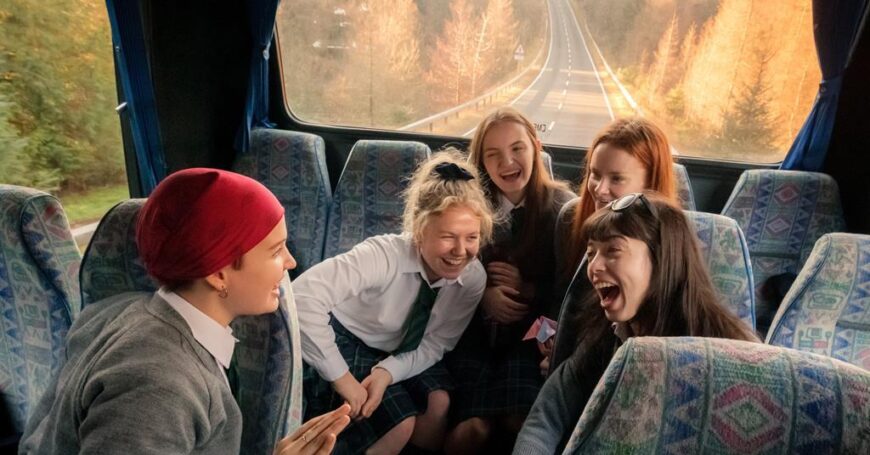 The back of the bus was always where it was at.

1996, Fort William, Scotland, and there’s a very good reason for certain students of Our Lady of Perpetual Succour High School to be excited; it’s not that the school choir is heading off to take part in a competition, but the fact that it’s taking place in happening Edinburgh.

Five of its members, Orla (Tallulah Greive), Finnoula (Abigail Lawrie), Chell (Rona Morison), Manda (Sally Messham) and Kyla (Marli Siu) intend to make the very most of this opportunity, by letting loose in the city, in every way imaginable. This means they will be indulging mostly in the three S’s: shots, shopping and sex.

But as the day goes on, they all discover that their trip has a few surprises up its sleeve for them all. 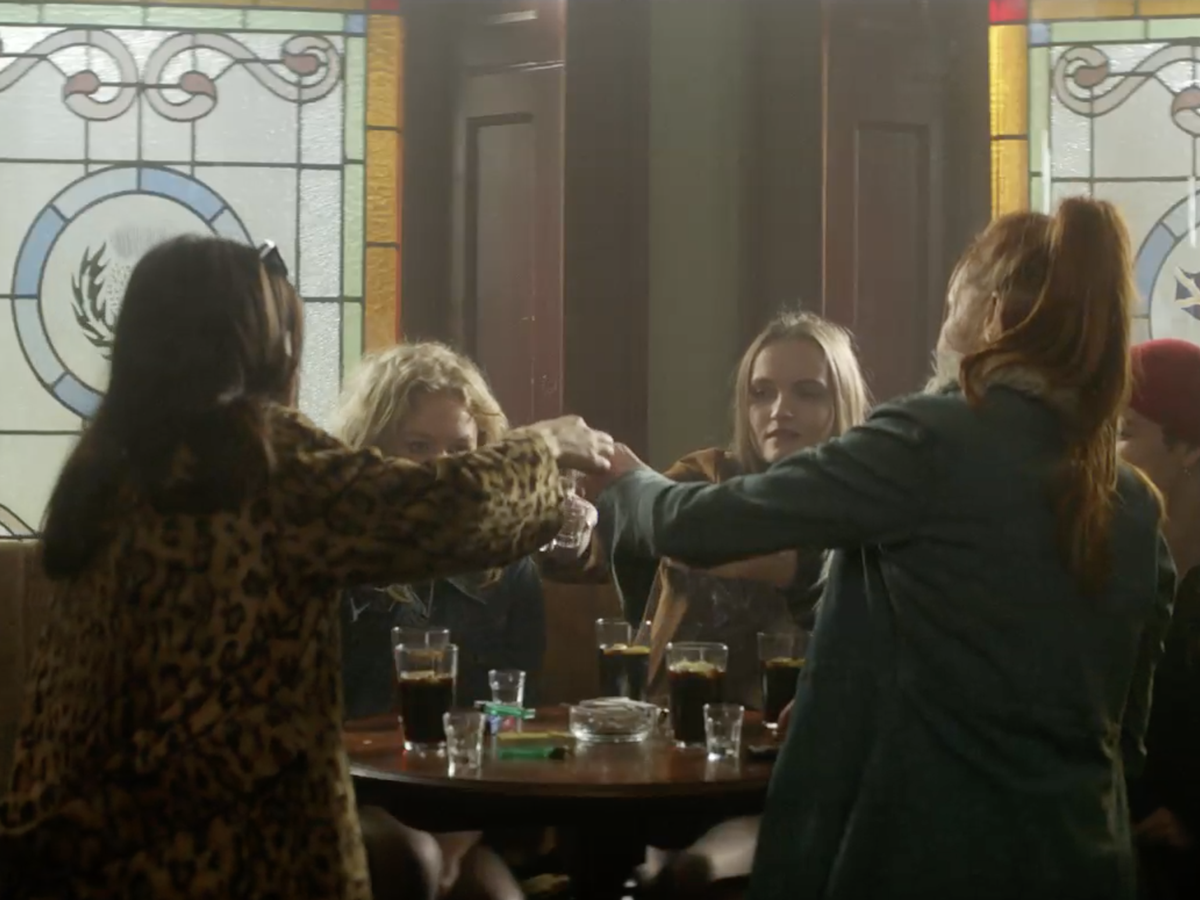 A film with all female leads, we'll drink to that.

With this particular period examined so often for entertainment consumption, you really need to come up with a novel twist to stand out from the crowd. But despite being a brave attempt, Caton-Jones' film fails to do just that.

The film’s themes are disappointingly well-trodden, and the script does neither anything new nor exciting to elevate the material. The young girls, who all attend a strict, Catholic school, are bursting at the seams with curiosity, obsessed with sex, drinking excessively, with a growing number of them getting pregnant at a very young age.

The fact that their adventure takes place all in one day is interesting, but even then it feels that the director and co-writer struggles to fill all that time with anything that entertaining, with characters bouncing from one location to the next, coming across as somewhat lost in places.

The young cast certainly do the best with what little they have, managing at least to convey a genuine friendship between them in the time that they have on screen, but their trip does feel lacking.

It’s unsurprising that the script was written by two men, Caton-Jones and Alan Warner, whose novel the film is based on, as it lacks a genuine female voice. If there’s any proof that two middle aged men struggled to get into the complex minds of five teenage girls, it’s more than evident here.

And although the film has its charms, it just doesn’t go far enough in its humour or representation of the awkwardness of adolescence, to make it stand out from a very strong crowd of teenagers.

With its generic storylines and fairly flat script, it could have done with being more The Inbetweeners and far less of The Left-behinders.