It will come as a surprise to many of our younger readers that there came a time when food didn’t come in tight plastic wrapping or a thin cardboard shell. Even older members of society are now relying on ping dinners, served in plastic trays, all in the name of convenience.

Luckily, acting as a reminder of how food was prepared in the good old days, is Overcooked, and it’s turning up the heat with this sequel.

You, and up to four others, get to work in a restaurant, preparing food for your hungry customers. As their orders come in, food needs to be prepared, cooked, and then plated before hitting the dining rooms.

Kitchens can be hectic places to work however, and soon the pressure builds up with more orders coming in than are going out. This is where military precision team work comes in, to get the job done. And this is where your relationships with team members may very well come undone. 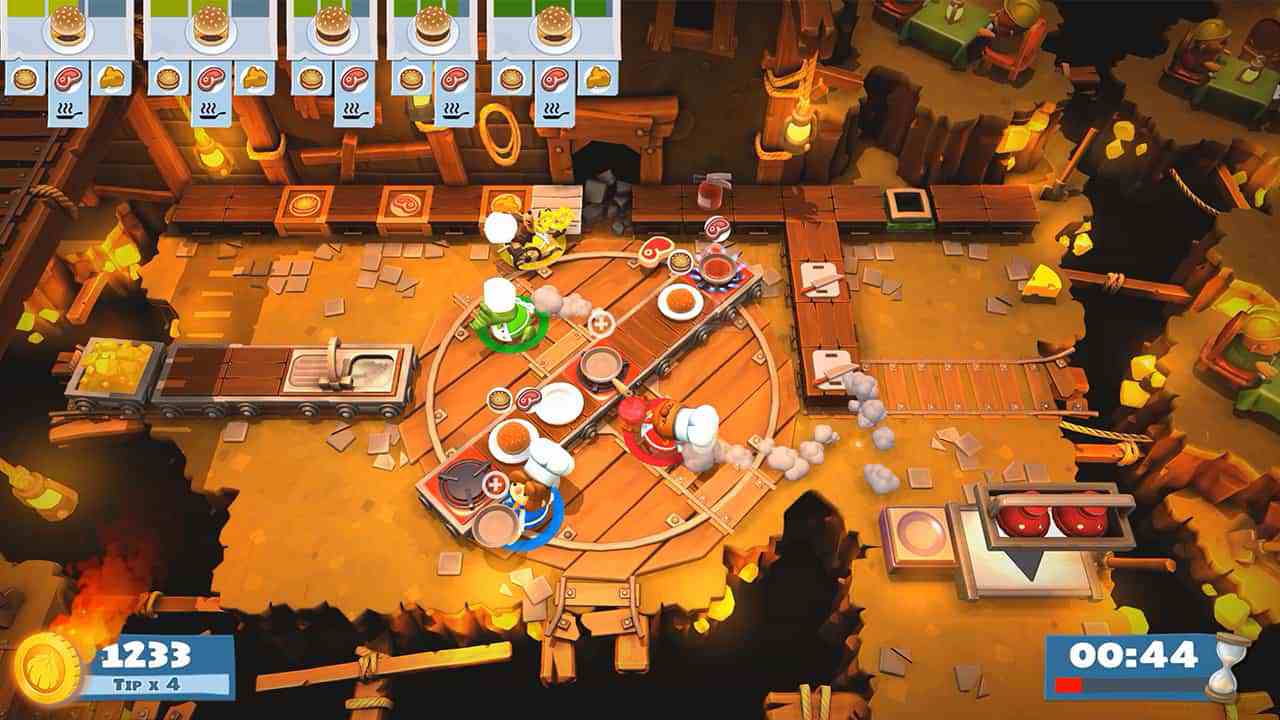 Many thought this new dining experience in Shoreditch was going too far.

Overcooked 2 is like a black forest gateau recipe; initially it looks simple enough with the ingredients involved – how difficult could it be? But it soon takes on a greater level of difficulty the deeper you get into its preparation.

You don’t need to be a Michelin star chef to get the most out of the game, but you do need to keep a cool head and delegate efficiently. If you go all Gordon Ramsey with your team mates, you’re doomed to failure.

The aim of each level is to attain a 3 star rating. You can still move on, if you’ve collected enough stars, but you would do so feeling very dissatisfied. If you play solo, achieving 3 stars at higher levels is nigh on impossible, so if you have no friends, you may have to pop online and play through it with randoms, which you can do. 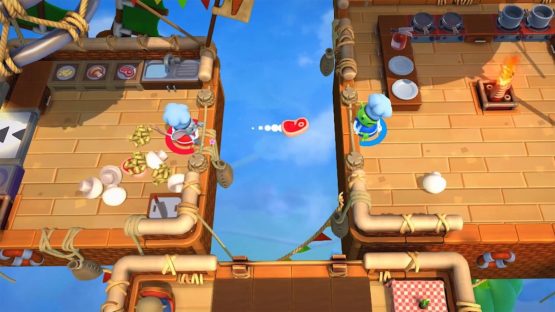 Other than the story mode, there’s very little meat on its bones. There’s arcade, where you can choose various levels one at a time to have a go at, and then a versus mode. So pretty much a prix fixe set menu.

Another issue is that all these modes are timed, so are always against a clock. It would have been great to include another mode; perhaps taking the time pressure out of the equation, so you could get a little deeper into the game.

It would also have been fun to include a Gordon Ramsey Mode, with perhaps you needing to appease a notorious chef stepping in to hurl abuse and get up in your grill when things went wrong.

What you do have is a highly entertaining multi-player that serves up an addictive menu that you’ll struggle to put down. Sure you’ll fall out with whomever you team up with, but when the tempers cool down, you’ll soon be back in the kitchen, cooking up a storm.