It didn’t take long into his career as a director for Pedro Almodóvar to become the darling of European cinema, with such hits like Women on the Verge of a Nervous Breakdown, Tie Me Up! Tie Me Down! and High Heels.

But all good storytellers have bad spells, and for the last few years, Almodóvar has not only lost his way, but more importantly, lost the art to tell a story well.

His latest however, sees a return of form as such, as he strips back his narrative, inspired by a story he knows quite well – his own. 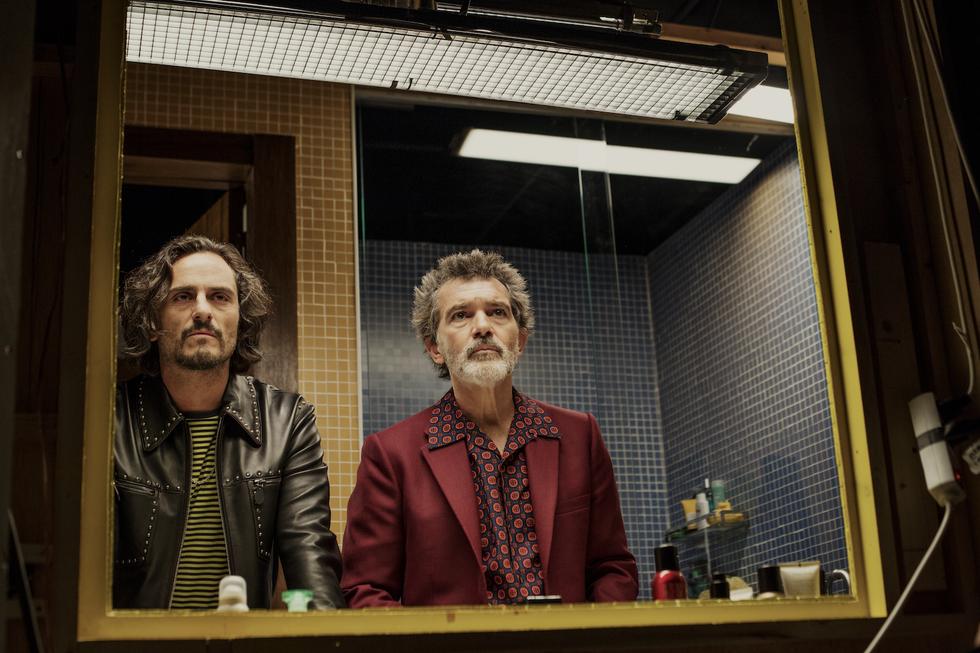 I still struggle to see how we're indentical twins

There was a time when Spanish film director Salvador Mallo (Antonio Banderas) was the talk of the town. But with his best work behind him, all that seems to take up his time now is suffering from a number of painful ailments.

He’s approached by a film society however, who would like him to attend a screening of his classic film Flavor, and give a Q & A afterwards. He finds the idea appealing, losing himself in a wave of nostalgia. So much so that he decides to approach the film’s leading man Alberto Crespo (Asier Etxeandia), who due to creative differences, he hasn’t spoken to in 32 years.

After a frosty meeting, Salvador starts to warm to being with Alberto, to the point where he decides to do drugs for the very first time with him. The experience sends him back to his childhood, flooding him with memories spent with his mother Jacinta (Penelope Cruz). It’s only being reminded of his past that Salvador has a clearer understanding of his future plans. 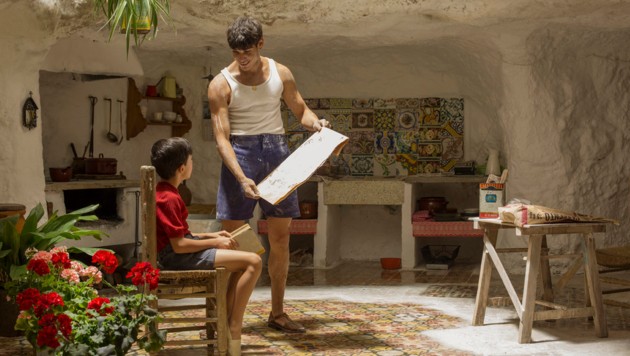 I've drawn a picture of my face. I call it a selfie...

Although there are obvious parallels with his own life, it has to be said that this is not completely autobiographical. Almodóvar clearly dips enough into his past for inspiration however. In doing so, the film has a charming warmth about it that has been sorely lacking from his previous titles.

There’s also a natural tone around it, leaving only some vivid set design for garish garnishing. And unlike other films of his, the characters aren’t larger than life, simply the average, relatable size, as presented by a delightful Banderas.

The film relies heavily on flashbacks, but somehow still manages to have a disconnect with the past. It’s as if someone were flicking randomly through a photo album and being highly selective with memories. It can be a little unsettling, but serves a genuine purpose with the director dishing up a sweet little twist for his finale.

It’s a simple tale, and thankfully well told in Almodóvar’s capable hands. It’s gentle and sweet, and much of its winning charm is down to Banderas, who gives one of his best performances of his career, and is totally captivating throughout.

It’s not classic Almodóvar, but perhaps it’s a move in a more contemplative direction, less flashy and trashy, with more relatable heart, and that’s an Almodóvar certainly worth seeing more of.