If ever there was a period in history where the notion of living the same day over and over could be relatable all over the globe, it’s now. For many, living with a pandemic has created a routine that, certainly for the least year or so, has been difficult to deviate from.

Even the advice given by the UK government, ‘hands, face and space’ has been an attempt at a repetitive mantra for all of society to adhere to.

This new comedy then, embraces the concept of being stuck in a loop, which for many may come across as eerily familiar, in more ways than one. 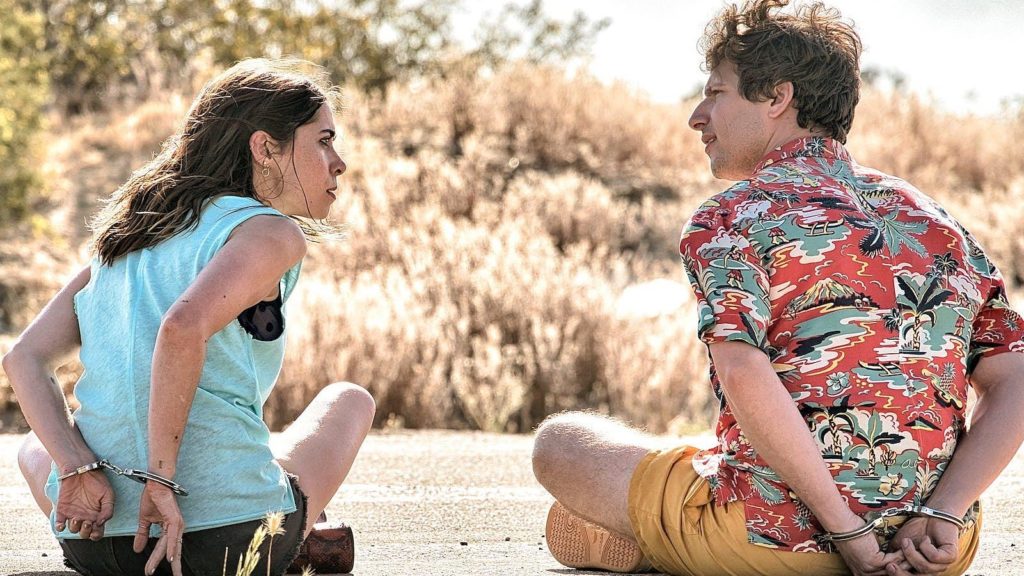 I wanted it to be kinky, but not get arrested for it!

Attending a wedding at a small motel venue in Palm Springs is Nyles (Andy Samberg). It’s the type of occasion that for many feels like it will never end, but for Nyles it actually never does.

Every time he wakes, he starts the day again, re-living all the festivities over and over. He can interact with it how he wants, and with whom he wants, but the outcome is exactly the same, with him waking up and having the same day reset.

During one such re-run, he gets close with the bride’s sister, Sarah (Cristin Milioti), to the extent that he even confides in her what is happening to him. He tells her how it happened, and, after a heavy drinking session, it unfortunately ends up happening to her too, with the pair of them now seemingly stuck in time. But what may well be the happiest day of the lives of the couple getting married, couldn’t be further from the truth for Nyles and Sarah, who have literally seen it all before. 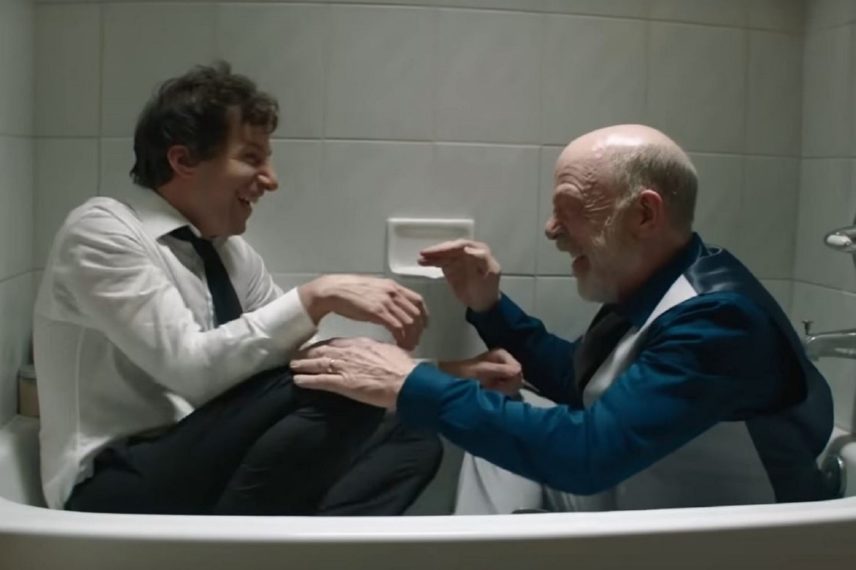 So we just need a few starters and we can get the party started!

Not only does this film have an oddly relatable theme thanks to present historical events, but its use of living the same day over and over is a familiar one in film. For many, one of the best cinematic illustrators is of course the classic 1993 comedy Groundhog Dog, with weatherman Bill Murray stuck in the same day, over and over. Unfortunately for Palm Springs, it brings nothing new to the recurring party, and thus leaving you with a disappointing sense of déjà vu.

Clearly the film is aiming to be a romantic comedy, but it doesn’t do itself any favours in its exit plan; with all seemingly futile, Sarah decides to take matters into her own hands and decides to study quantum physics. No really. It’s a premise so incredibly woolly, that it feels like a poorly judged first thought that just stuck.

It’s a shame that the film didn’t focus on a more important aspect of science, that of chemistry; Samberg and Milioti are fairly amusing on their own terms, but they struggle to create that necessary spark on screen as a believable couple. At no point do you ever consider that these two characters, stuck in time, need each other more than anyone else.

And by not having that emotive connection, the film has to rely on its comedy value, which is sadly not that evident either. Not only is it not terribly funny, it struggles in its attempt to be remotely original on any level.

It does try to attempt something vaguely original, with the introduction of a third character thrown into the mix, ably played by J.K. Simmons, but after a while he does start to feel like a gooseberry in the relationship, with director Max Barbakow unsure what to do with him.

There are possibly infinite possibilities of how a film about the same day playing out every day could be imagined, so it’s disappointing that this one is so lowest common denominator in its approach of a wedding.

Palm Springs may well be timely, but, as no doubt has been said a million times already, it’s nothing we haven’t already seen before.