Men. Tools. The relationship between the two can be almost symbiotic for some. In fact the receiving of one’s first tool box is almost a rite of passage.

Accepting this makes it far easier to understand the premise of this quirky Belgian film, that finds a man become consumed by the disappearance of a specific tool. 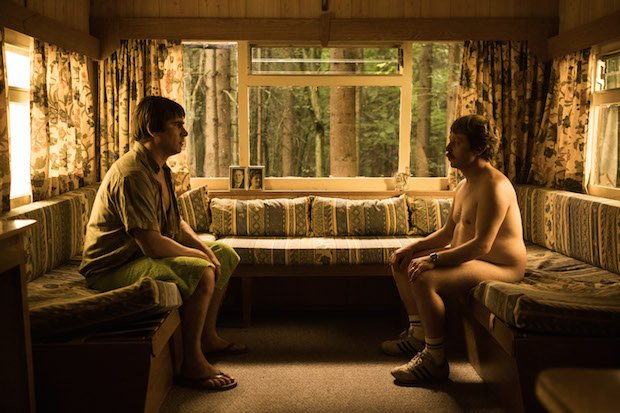 It's just when you said it was Dress Down Friday...

Living with his parents on a nudist camp site is 38-year-old Patrick (Kevin Janssens). It’s no holiday however, as Patrick is the veritable handyman, helping to maintain what is the family business.

One day, whilst in his workshop, Patrick discovers that there’s a noticeable absence in his hammer collection. As he can’t recall using it recently, it starts to play on his mind as to its whereabouts. He can’t help but think that one of the campers on site must have taken it, without returning it.

Meanwhile, Patrick has to deal with a personal tragedy. And yet he still finds himself consumed by his missing hammer, so much so that it becomes a quest to find it. 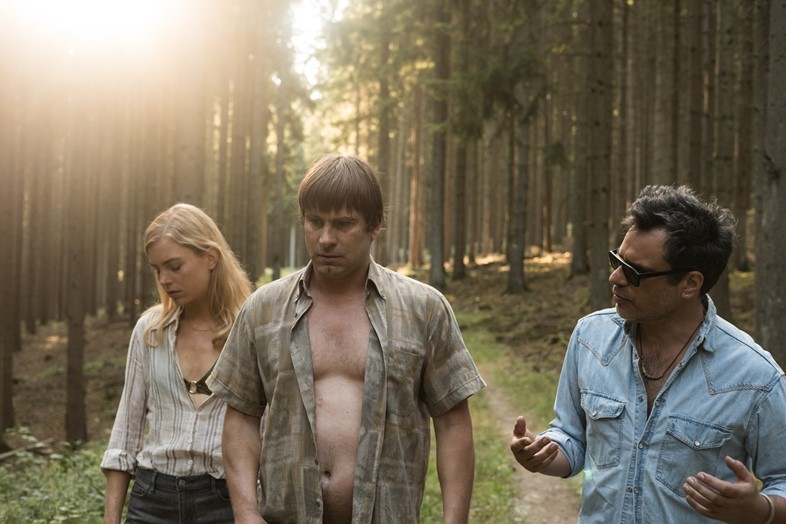 It's just that we don't think you're the right fit to front the band.

Patrick is a film about a man who doesn’t really realise how lost he is, until he loses two important things in his life: his father and one of his work tools, a hammer. The loss of one acts as a catalyst for the other, as his need to find it becomes existential.

Mielants cleverly uses a similar tool with his audience, whereby they are initially confronted with nudity, which soon becomes irrelevant through familiarity, forcing the audience to focus on more meaningful themes. The nudity is also a metaphor for characters that may appear naked and free, but still have baggage of the emotional kind that weighs heavy on them all.

The director also throws a curious cog into proceedings with the arrival of Dustin Apollo, a supposedly famous musician, played by Jemaine Clement. His appearance is almost as jarring as the nudity, and adds absolutely nothing in terms of plot. Chalk it up to a cheery cameo if you will.

Mielants does get quite a lot of mileage from his story, which it has to be said, fits right in with the various sagging from the nudity on show, with the film feeling that it could have just as easily have worked in a short film form. That said, the serene environ of the wooded camp site locale is rather pleasing, as is the restrained performance from its leading man Janssens.

It is delightfully quirky whilst also offering a contemplative examination of a protagonist’s journey into not only finding his hammer, but also himself.