People Just do Nothing: Big in Japan

There was one Irish band that managed to sell over 12 million records in Japan in the eighties, selling more than The Beatles, Michael Jackson, Adele and Ed Sheeran combined. Was it U2? Nope. Was it The Cranberries? Uh-uh. It was The Nolans.

It is just one example of how Japan is keen to embrace bands that the rest of the world simply don’t have the courage to.

Proving to be extremely courageous here is Japan engaging with the UK garage scene, through the now disbanded Kurupt FM, that sees them reunite for the biggest gig of their lives, ‘documented’ here for the big screen. 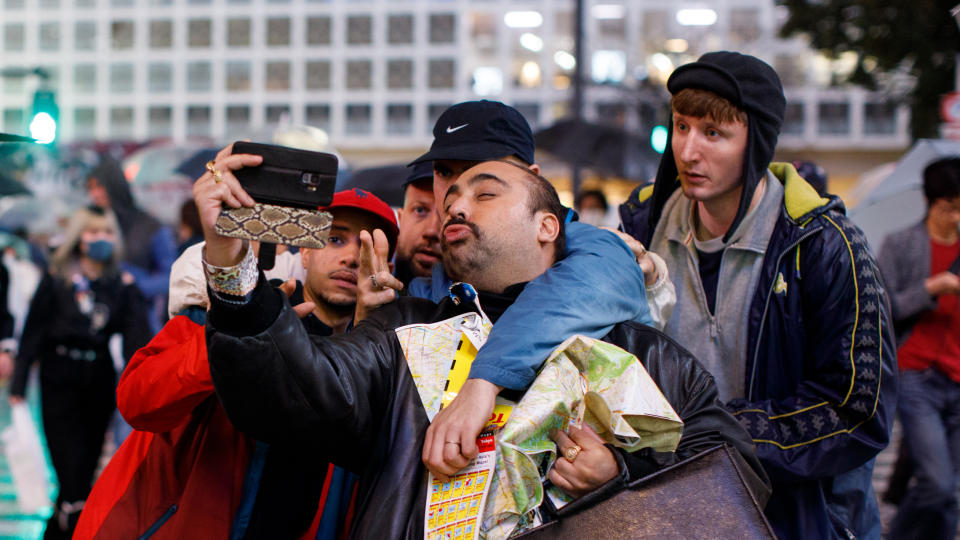 You know you don't have to hold it that way to use Google Maps right?

After giving 15 years of their lives to Kurupt FM, broadcasting garage and drum and bass from their High-rise HQ in Brentford, MC Grindah (Allan Mustafa), Beats (Hugo Chegwin) and the rest of the gang have all moved on to more regular jobs.

But the plug hasn’t been fully pulled for Kurupt FM just yet, as manager Chabuddy G (Asim Chaudhry) has been told that one of their tracks has become popular on a hugely successful Japanese TV game show, and they want the gang in Japan as there appears to be a real appetite for them.

With little in the way of persuasion, Grindah, Beats, Steves (Steve Stamp) and Decoy (Daniel Sylvester Woolford), soon find themselves plane-bound to the land of the rising sun, to finally see their dreams of Kurupt FM making it big come true. But as they soon discover, fame can come at a heavy price, one that even Brentford’s premiere pirate radio DJ’s are willing to pay. 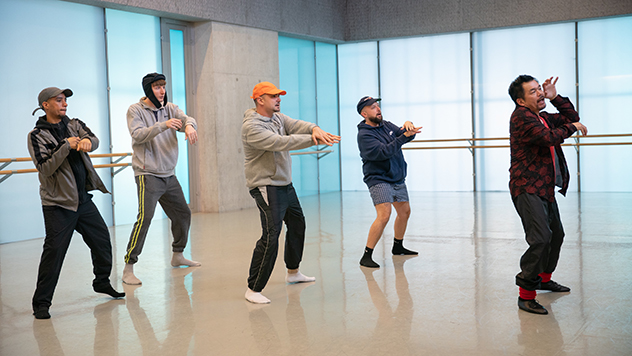 Now this next move is a Nolans special, so pay attention at the back.

With the fifth and final series of People Just Do Nothing ending in 2018, this feels like the perfect time to catch up with Kurupt FM. This big screen outing sees them all out of their comfort zones – although to be fare, that could apply to anywhere outside TW8 – having seemingly made it big in Japan. It’s a nice premise, and works really well. It certainly makes the film very much its own entity, with its raw fish out of water tale, as we follow Grindah, Beats et al, in a completely foreign environ, one where their music is actually popular.

Despite the new exotic locale, or maybe because of it, this feature doesn’t feel as sharp or as genuine as the TV show; the premise has a whiff of jumping the shark about it, that perhaps the team don’t quite deserve. The backdrop is certainly glamorous, but it does feel slightly out of sorts for the likes of Grindah and Beats, perhaps just too much of a jump.

Still, even if the writing isn’t up to the usual high standards, the bond between them all, that genuine friendship that they have developed from the show, is more than evident here, particularly the growing bromance between Grindah and Beats, and is more than enough for fans to tune into and enjoy.

If this is to be sayonara, then this is still a fitting finale for the boys of Kurupt FM, keeping it real right up ‘til the very end. The rest is irrelevant indeed.