A lot can be said for being an only child. For example, if there’s any attention to be gotten, you’re likely to get it. The same can be said for presents at birthdays and Christmas.

There are only two things that can ruin the only child experience: either the introduction of a cute pet, who not only gets all said attention but if it’s a dog, you’re likely get lumbered with walking duties; or worst case scenario, a sibling.

This debut feature by Eva Riley, which she also wrote, is the story of a young only child, who suddenly finds her family circle increased by one. 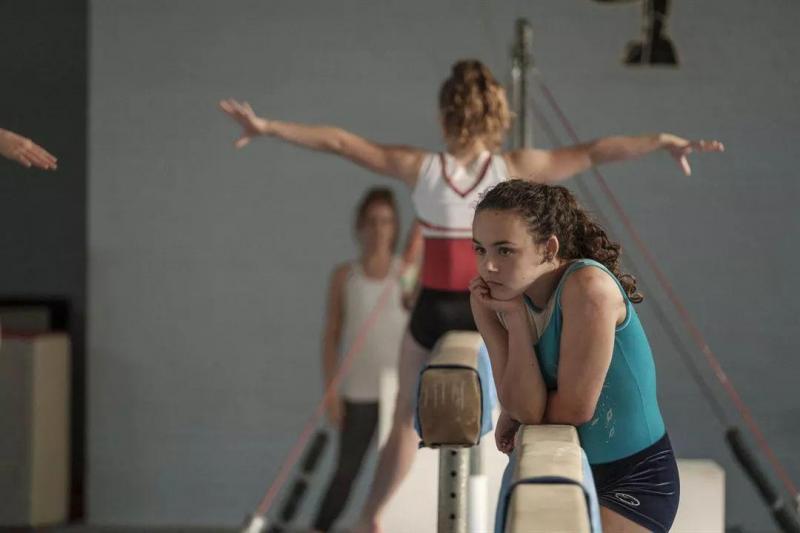 Some days I just wanna hit something...

With her mum no longer in the picture, Leigh (Frankie Box) finds herself mostly living on her own, as her dad Rob (William Ash) has pretty much moved in with another woman.

She gets a shock returning from her gymnastic class one day, when she finds a young man in her living room. He announces somewhat breezily that he’s Joe (Alfie Deegan) and he’s her brother. Never having been aware of any siblings to her knowledge, she calls bullshit, but it transpires that they are actually related, albeit he’s her half-brother.

Having no real sense of family, it takes some getting used to, but Leigh soon finds herself warming to the idea of having an older brother. Unfortunately for her, Joe is a bit of a wrong ‘un, dabbling in criminal activities as he does, and Leigh quickly finds herself attracted to this new life. 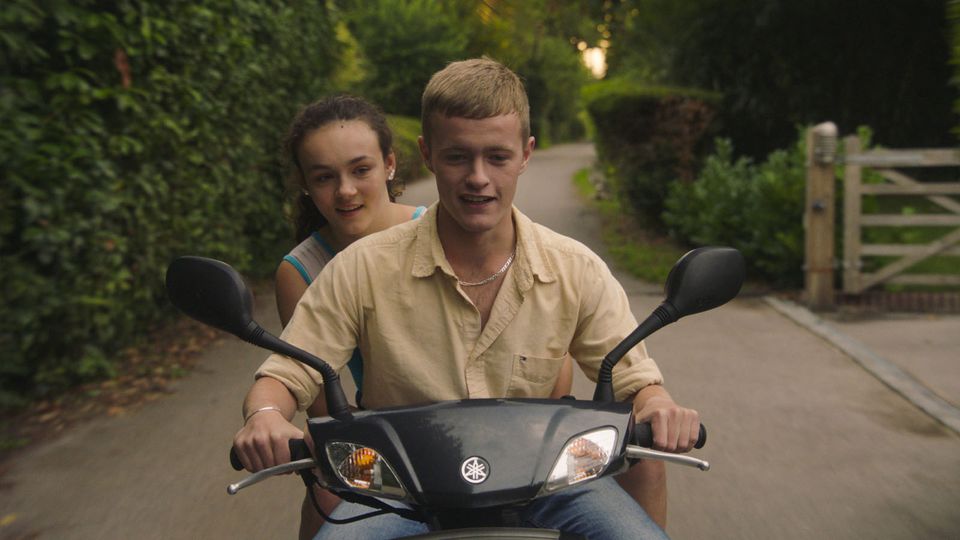 And we don't need helmets as long as we only drive on pedestrian paths!

Riley’s debut has more than a whiff of early Ken Loach about it. Its focus is a dysfunctional, working class family that suddenly out of the blue, gets extended by one. As far as a skeleton coming out of a family closet is concerned however, this one is difficult to acknowledge. Not that it’s difficult to comprehend that such a secret could be kept for so long, but it’s more the fact it’s remarkably easy to give up. So much so that the father doesn’t even bother to inform his daughter that a relative was on his way around. If he wasn’t that fussed about her knowing then, how come he didn’t tell her sooner?

It’s just one of a few cracks in the script that may just play on your mind. Another is no mention of school, just the gymnastic class she goes to, and the complete absence of any friends at all. Considering that Leigh is such an easy going character, it’s hard to believe that she has no friends whatsoever.

Then there’s the story itself, which goes some way to make Leigh engaging, only to make her particular journey a one-way street; not only can you predict where the film is going before it gets there, Riley also manages to take what could have been a combustible scenario, when Leigh falls in with Joe’s bad crowd, and then turns the drama dial down to a bare minimum. In short, it’s a drama that would have benefitted from being far grittier.

Still, it’s a refreshingly honest performance from young Box, making her screen debut, who also manages to give a poignant and emotional edge to Leigh, making her compelling to watch throughout.

Riley’s film may fall short of being perfect, but she shows promise in bringing out the best in her young cast, as well as demonstrating a solid execution in storytelling.