There's no point denying it, but for the last few years, our footie game of choice has been courtesy of FIFA. And if you look at the sales figures between the two, we're obviously not alone.

But it wasn't always the case. Back in the eighties, we jumped on the MSX system and enjoyed playing Konami's International Superstar Soccer as the series was known back then. We played until our fingers went numb. The series (known as J-League Winning Eleven in its native Japan) was the only ball in the computer park worth playing. And then FIFA kicked their ball into the equation, and things have never been the same since for Pro Evo.

Our allegiance would probably still be with the FIFA team, but, due to the lateness of the arrival of our review copy, we took a run out with PES 12. And this is what we discovered.

Without jumping into any leagues or competitions, we just hit exhibition mode to get a general feel for the game. After all these years, our minds have programmed our fingers to respond to the FIFA controller layout. So it one sense, it was like starting from scratch.

It wasn't long after kicking the ball about a bit when we had our Fringe moment. For those unfamiliar with the series (shame on you), those involved in the Fringe division (who investigate strange, unexplained phenomena) uncovered an unbelievable discovery: that there was, in existence, a parallel world that was eerily similar, but not quite the same to our own. They nickname this alternate universe the Walterverse, after their very own brilliant-but-bonkers scientist Walter Bishop (who incidentally, has his own doppelganger in the other world, affectionately known as Walternate).

For us PES 2012 is our Walterverse. It looks like football, but not quite as we know it. 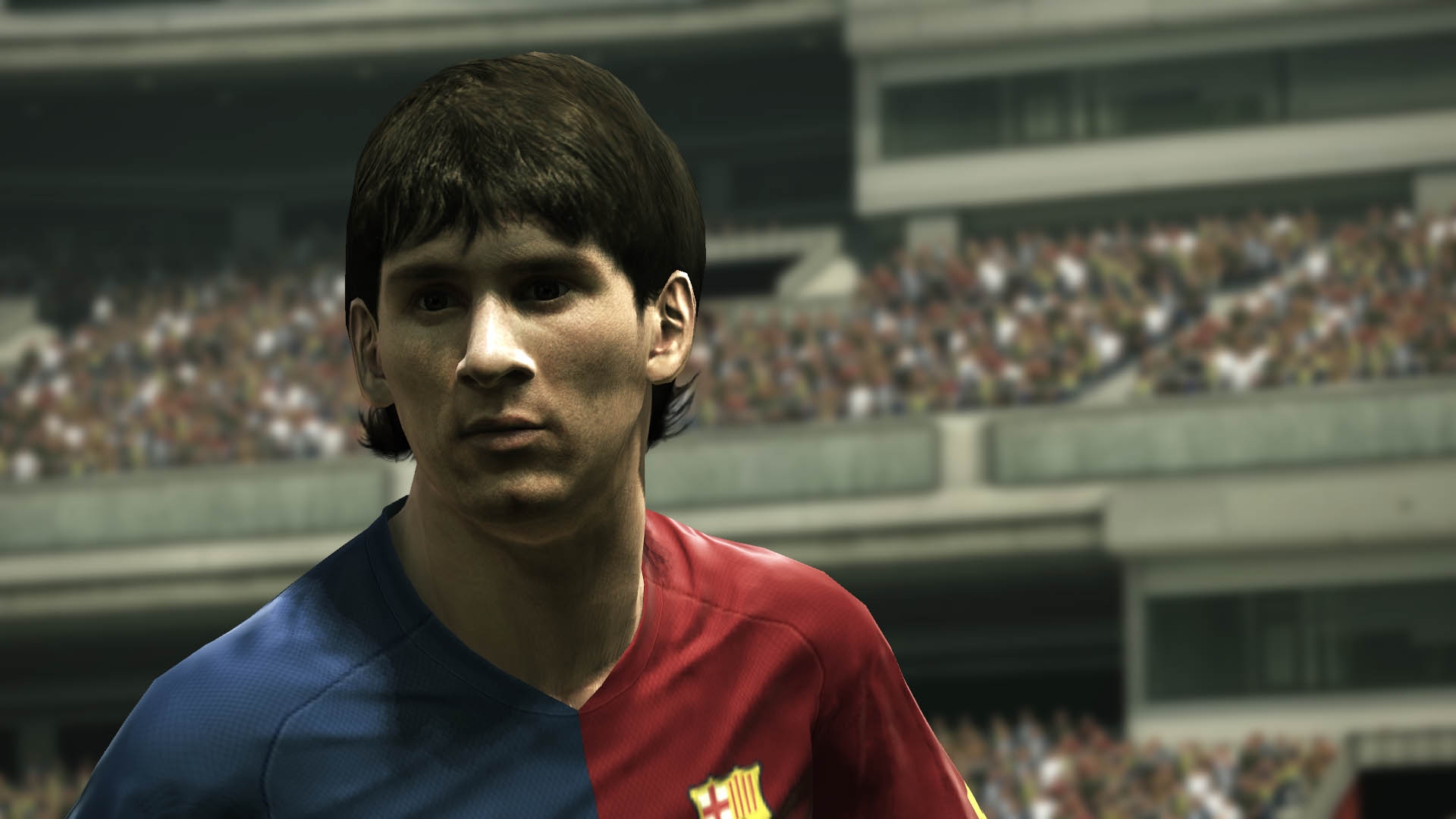 Sometimes I wish I hadn't cast aside my dreams of being the greatest potter that ever lived, over kicking a stupid ball around. *Sigh.*

It doesn't help that Konami still don't hold licenses for every team under the sun. They have some, but not all. A certain North London (Come on you Gooners!) team play at the Royal Stadium; they play, amongst others, in the Premier League West Midlands Village, Tyneside, Merseyside Red, The Potteries, Swearcle, Northluck C, West Midlands Stripes and Lancashire Athletic. If it was any other type of game it wouldn't really matter, but when you consider how fanatical football fans can be about their teams, it's quite a game changer. Especially when you consider that this game's biggest rival (and that's putting it kindly) has more licenses than the DVLA. Ouch.

So hopefully it has more to offer than some dodgy team names. Luckily it does.

What you notice above all else is the fluidity of a game. The ball zips across the grass at a fair old pace, giving a match a noticeable ebb and flow. We'd go as far to say that it's an incredible interpretation of the beautiful game.

Where recent incarnations of FIFA have had a habit of slowing the game down to give it added realism, PES 2012 pulls it shorts down and blows a bottom raspberry in its general direction. The speed with which the ball can be passed is reminiscent of those glory days on the MSX; back then it wasn't deemed a dirty word to describe a game as being 'arcade' like. But if realism is the new black, we like the retroness of some arcade action.

What we didn't like is some of the clunkiness of the controls. Trying to get a player to sprint in one direction, without stopping for a small break, was unbelievably frustrating. What should have been footie 101 having a winger go down the line, ended up looking like he was dancing the Macarena.

Another woe was shooting. Or the arbitrary nature of it. We often had a striker in the box with a golden shooting opportunity on goal, only to have him lift it over the bar with one gentle touch of the X button. We were under the impression that just a gentle tap of it would translate to a gentle tap of the ball. Not so it seems.

But despite these quibbles  and we'd be happy to own up at this stage that this may simply down to the fact that we're not as great at footie games as we'd like to believe (that and the fact we were sent the controller layout for the PS3, despite being sent the 360 version of the game; very rarely do press games come with any instructions at all, which is always a joy)  we found ourselves actually enjoying this game. We know, we couldn't believe it either.

It probably had a lot to do with the fact that when you do finally score a goal  and boy can the game make you work hard for it  you feel as if you've truly earned it, making the experience a wholly satisfying one.

The truth is that FIFA is well and truly in a league of its own, and Konami simply don't have the kind of cash that EA do to compete, particularly where the expensive licenses are involved. But it seems that by not struggling to directly compete, and opting instead to make the best game they can, they've created a serious alternative to FIFA, albeit one in a wackier universe.

They probably didn't even need to necessarily include the other modes available, such as the new Football Life mode, where you can opt for a career as a player, manager or even club owner. And of course there's its piece de resistance that is the Champions league, complete with authentic classical music intro.

Is it the best footie title out there today? Probably not. Will it ever be? Who knows (but probably not)? What it is though is fun to play, and you can't really say fairer than that. It runs on an engine that seems to really love the (beautiful) game, and you really feel it whilst playing.

It may well feel like playing football in a bizarre parallel universe, but its wackiness has a certain charm that's difficult to brush off. Game most definitely on.