You may not notice it, but there is a spectrum used when it comes to acting, which has two ends; at one end is method, at the other is Adam Sandler. Method is the ability to pretend that little bit harder, by almost believing you’re the character you’re playing. One of the best exponents of this particular craft in recent years has come from our very own Daniel Day-Lewis.

Just before the release of this very film, Day-Lewis announced that it would be his last, deciding to retire from acting at the age of 61. Clearly this method malarkey can take it out of you. With such a prestigious career behind him, how does his swansong fare? 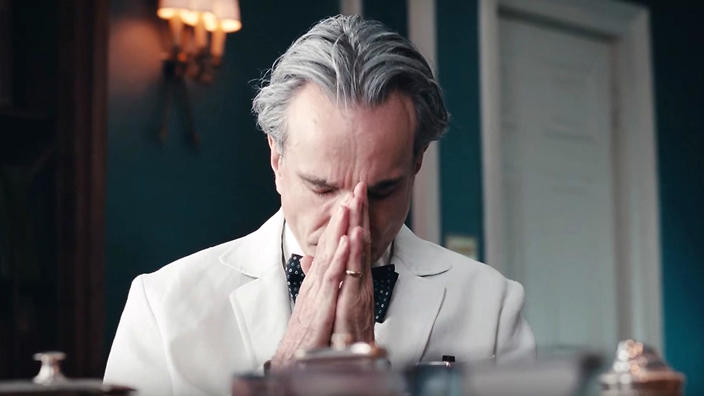 London, 1954, and when it comes to high fashion, Reynolds Woodstock (Day-Lewis) is your man. His fashion house, run by himself and his sister Cyril (Lesley Manville), dresses aristocrats and royalty of the day.

While out for a bite to eat one day, he becomes entranced by his waitress, Alma (Vicky Krieps), so much so that she soon becomes his muse.

But artists can be so fickle, and for Reynolds, the colour soon begins to fade from their relationship. Alma isn’t as weak or as compliant as she may appear, and puts up a fight of her own to remain in designer’s life. 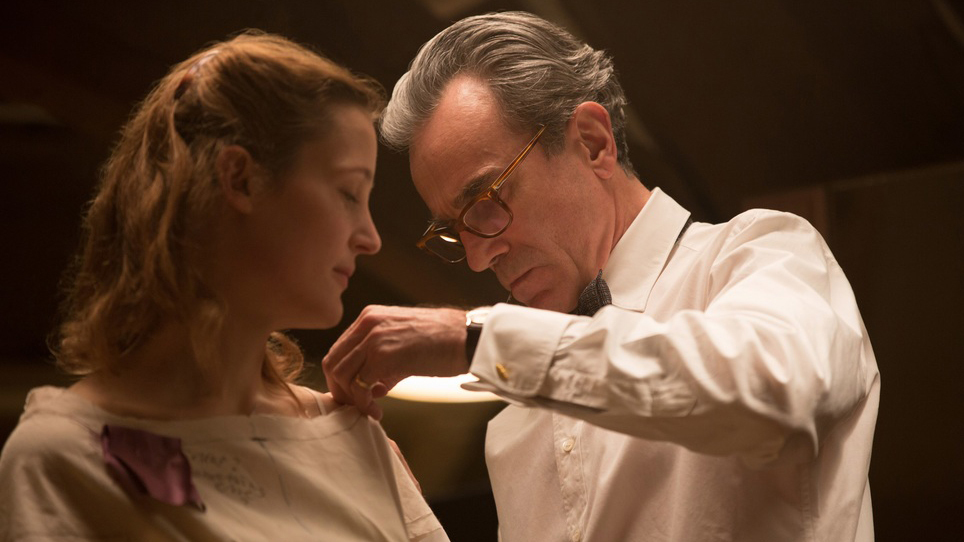 Being method means I have to nap a lot, this means NOW!!!

For a film that was soon declared to be the last ever for Day-Lewis, it’s difficult to focus on anything other than him. But considering how good he is at this acting lark, he should be used to that. The truth is, he is brilliant, as usual. The problem comes however by way of his character being so incredibly dull. He is neither loveable nor loathsome, making something that you could never usually describe a Day-Lewis character as being – cinematic beige; sure it might have some intricate lace detailing, but it’s still beige.

The relationship between Reynolds and Alma is so devoid of emotion, they could have been replaced by cardboard cut-outs of themselves, and no-one would have been none the wiser. Yes it’s based in the fifties, a decade known for its emotional disabilities, but there were still some that bubbled to the surface. But not here though. It’s not that they have been suppressed, they’ve been castrated.

The only one character really worth watching is Cyril, played magnificently by Manville. Her character is not only the sister, but the mediator, who even surprises herself by eventually taking a shine to Alma.

Although Paul Thomas Anderson is a director that holds a lot of respect by many, it’s fair to say that he hasn’t actually made a decent film since 2007’s There Will be Blood, which Day-Lewis wont’ forget in a hurry, picking up an Oscar as he did for his unmissable performance. Perhaps he should concentrate on filmmaking as opposed to shooting music videos for his chums – namely Radiohead and Haim.

With so many creative types threatening to quit the industry, and then just not – yes Soderbergh, we do mean you – it’s difficult to believe anyone who makes such an announcement, even Day-Lewis. Let’s hope for all our sake’s he doesn’t, as this would be a real damp squid to bow out on, regardless of how dapper he looks.