Pieces of a Woman

It’s a testament to the physical and mental strength of all womankind that they have the ability to endure all aspects of giving birth, an act that the male of the species would almost certainly struggle with every aspect of, if given the internal mechanics to cope with.

Of course there’s no guarantee that even if a woman has gone full term with a pregnancy the outcome will be successful, with one in eight pregnancies ending in miscarriage.

This film focuses on one woman’s experience of being pregnant, and the emotional fallout of it resulting in tragic circumstances. 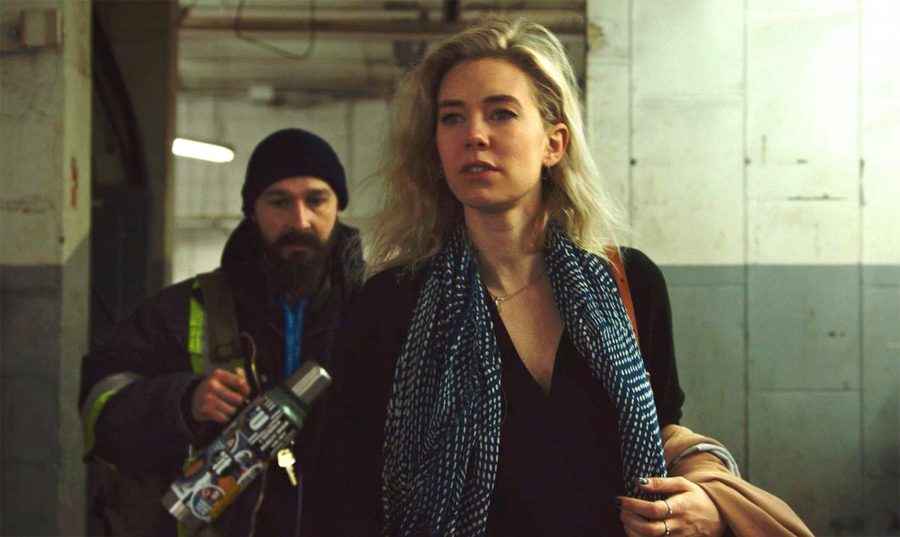 Now I think about it, I should have gone with hot chocolate.

After giving it some thought, young couple Martha (Vanessa Kirby) and Sean (Shia LaBeouf) have decided that they want a home birth for their first child.

Soon after going into labour, Martha tells Sean to get on the phone and let their midwife know that the child is on the way. After the call, Sean lets Martha know that there’s a change of plan, as their midwife is still involved with another labour elsewhere and can’t get away. She tells them that another midwife, Eva (Molly Parker) is on her way though to take her place, so there’s nothing to worry about.

The birth ends up being a complicated one however, and ends in tragedy with the death of the child. Martha struggles to cope with the impact of this tragic outcome, spiralling emotionally out of control, which results in the breakdown of relationships with those around her. 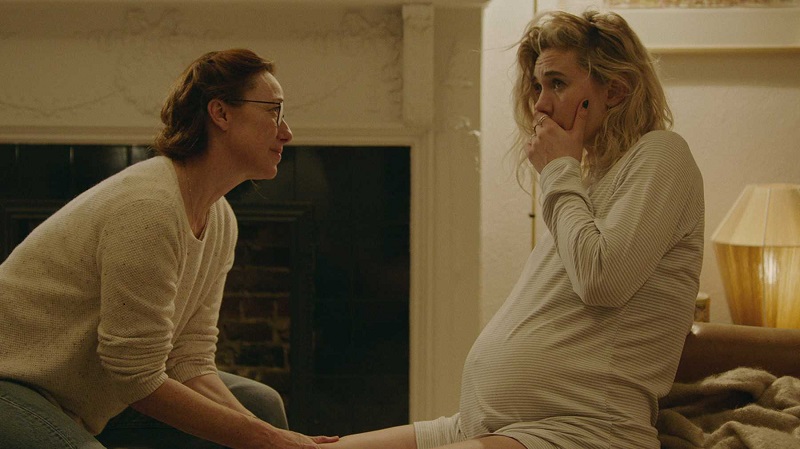 You do realise I know it's just a jumper up there.

Considering the emotionally charged subject matter of this film, it’s both a surprise and a disappointment to find it such an emotional drought. It is a film that relies on body language and facial expressions, leaving little by way of dialogue between the characters. Considering how articulate Kirby’s character appears to be, it would have been useful for her to express how she truly feels, particularly to her partner, instead of relying constantly on an angst-ridden face.

In truth, it’s a US film with the sensibility of a European one; strangely you could see it working perfectly as a French film, but sadly it comes across as just lacking on all fronts here. It’s no surprise to learn that it was directed by a Hungarian, Kornél Mundrucczó, with his first English spoken effort, but without a resonating emotional core, it’s just too dry and distant throughout.

It also feels a little jarring that a US film about a tragic event, with no evidence of negligence, has to resort to litigation. In doing so, it drains what emotional impact it had to virtually nothing, as it resorts to a scenario of attempting to make money from tragedy.

There’s also a curious subplot about the declining health of Martha’s mum, played by Ellen Burstyn, that neither adds anything to the overall feel of the storyline nor develops into anything meaningful making it utterly superfluous to requirements.

Both British actress Kirby and LaBeouf give strong accounts of themselves, only to be let down by a script that doesn’t allow them to fully express the pain and suffering that both their characters are reeling from.

Pieces of a Woman offers just that, cold fragments that fail to deliver a full and honest picture of a troubled mind, struggling to come to terms with a heartbreaking loss.