It happens all too rarely these days, but once in a while, a director produces something both quirky and stimulating. With this his second feature, Nicolas Pesce has done just that with his weird and darkly wonderful adaption of the 1994 novel by Ryū Murakami. 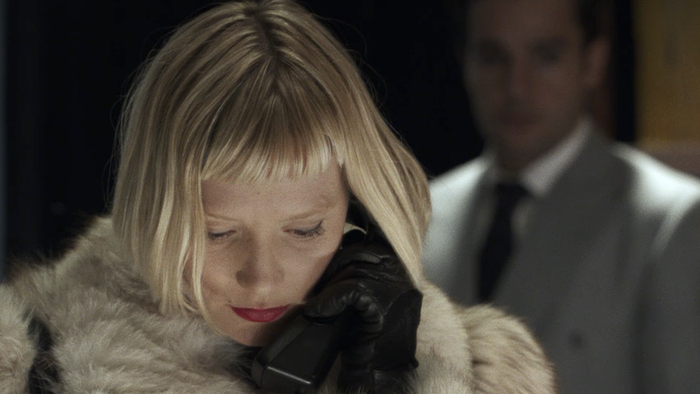 What's that you say? he's behind me?!

To the outside world, Reed (Christopher Abbott) does a good job in projecting the image of being a decent family man, seen as a loving husband to wife Mona (Laia Costa), and devoted father to their newborn. But beneath this upstanding exterior lurks something far darker.

Under the pretence of going away for a couple of days for a work conference, Reed has something altogether more unpleasant planned. He has booked a room in a swanky hotel for the sole purpose of committing the ultimate sin – murder.

He has organised for a prostitute to come to his room, where, having played out the scenario so often in his head, he will finally satiated this brooding desire.

But when prostitute Jackie (Mia Wasikowska) arrives, Reed’s intentions don’t quite go as he meticulously planned. 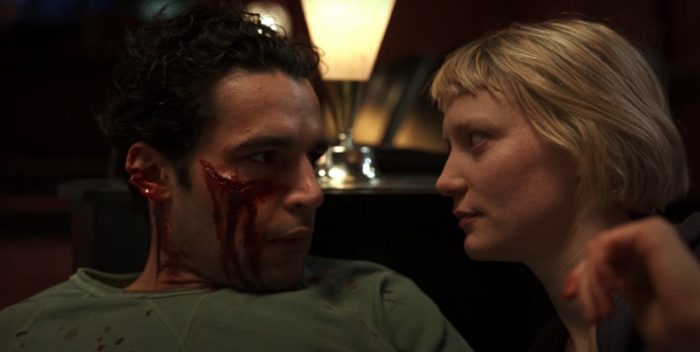 So you're telling me you done that cutting yourself shaving?

From the opening retro titles, Pesce makes it crystal clear that the audience is in for something a little different, and he doesn’t disappoint.

Piercing is both cinematic throwback and homage to the kind of eighties horror flicks that went straight to DVD, but still had something strangely compelling about them.

It would come as no surprise to learn if Pesce admitted to being possessed by David Cronenberg during shooting, as the print is clearly spattered with the king of body horror’s DNA.

Both Abbott and Wasikowska shine in a suitably sinister fashion throughout, managing to keep the audience guessing as to what direction their characters may take next.

Pesce displays flair of bold brilliance behind the camera, delivering a gripping effort that fascinates with its creative blend of sound and vision, offering a glimpse of possible greatness to come. Fingers are well and truly crossed.

At a time when indie films are struggling to make any kind of impression, Piercing makes an undeniable and unforgettable impact.