No one likes it when a joke goes too far. Thats exactly what happened to Irish teen twins John and Edward Grimes when they somehow made it onto the live shows for last years The X Factor. At the time the pair, who go by the clever moniker of Jedward, made for regular car crash TV viewing. They took the word cringe to a whole new level. But the thing is, everyone knew that they were never going to win, and that absolutely no one took them seriously. And nothings changed. 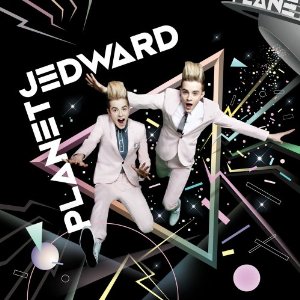 And yet with the release of their debut album, the Jedward bandwagon, somewhat unbelievably, rolls on.

Unsurprisingly, the untalented pair have taken the oh-so safe route and released an album of covers. They are fully aware that they are not to be taken seriously on any level, thus avoiding tackling any original songs, or even attempting to be seen as proper artists, which can only be a good thing.

The track listing is pretty diverse as well as being suitably safe at the same time. The single mash-up of Under Pressure (Ice Ice Baby), featuring Vanilla Ice, kicks things off. It served them well on the show, so no real surprise to see it here.

Also here is Blink 182s All the Small Things; Everybody by the Backstreet boys; Ghostbusters by Ray Parker Jr; Fight for your Right by The Beastie Boys; I Want Candy originally by The Strangleloves, but made famous by Bow Wow Wow; Jump by Kriss Kross, I Like to Move it by Reel to Real; Rock DJ by Robbie Williams; Teenage Kicks by The Undertones; and Pop Muzik by M.

Everyone one of them has been Jedwardised of course; this means that the twints (twins who also happen to be twits) have a little playful banter on each track, to 'make it their own'. If you already find the pair annoying, this wont endear them to you any further.

From having to listen to Planet Jedward from beginning to end, it soon becomes evident that very little money was put into its production. In fact it sounds like someone has just recorded the pair singing whilst playing a karaoke game like SingStar or Lips. If any money was spent, it was on digitising the tone deaf pairs voices into a more bearable noise.

But no one is kidding themselves here, this will briefly sit alongside other novelty albums made by the likes of The Smurfs, the Wombles and Alvin and his Chipmunks, before moving on to bargain bins in charity shops up and down the land.

There is only one good thing to come out of anyone buying a copy of this; one day, sooner rather than later, they will feel deep shame and embarrassment at ever listened to it. And quite right too.

For the rest of us however, we can only pray that Jedward are not that far away from fulfilling their true destiny: helping to pack your bags at the check-out of your local supermarket, with them having to listen to this on a loop all day. Its on that day that the joke will finally be on them.