When a toy franchise releases a film that does over $450 million at the box office, the only surprise from having competitors jump on the brandwagon is how long it takes to follow in their brick-imprinted footprints.

The Lego Movie, released in 2014, has gone on to become a highly profitable and entertaining franchise, so it’s no wonder that a fellow toy brand would want to give it a crack. And that’s what Playmobil, the German toy company has done, albeit somewhat late to the toy-to-film party. 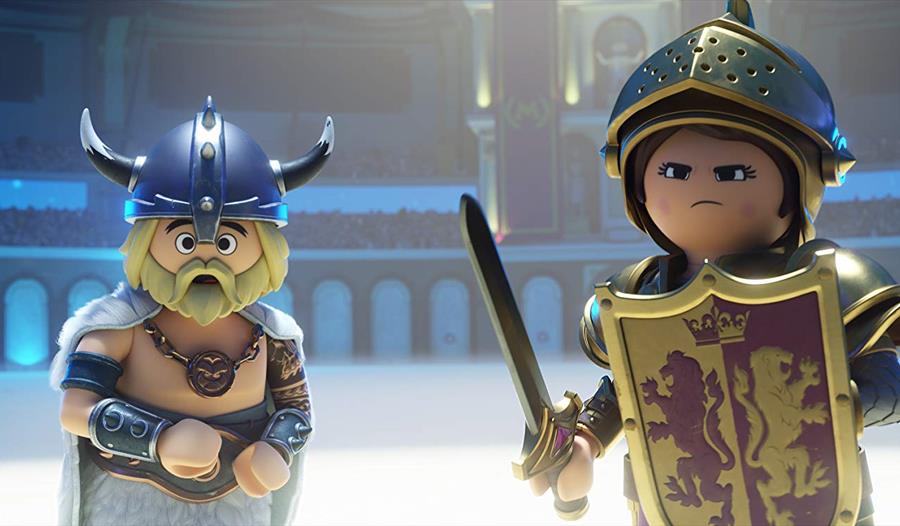 Nigel was completely oblivious to this Game of Thrones fancy dress actually being a sex party.

Just when young teen Marla (Anya Taylor-Joy) is to embark on her adventure of travelling around the world, tragedy strikes. She finds that she has to put her dreams on hold to raise her younger brother Charlie (Gabriel Bateman).

One day, Charlie decides that he’s going to have some fun, and runs off to Toy Com, a large toy fair, without telling big sis where he’s gone. Marla panics when she realises he’s gone, but has the good sense to track his phone on her app, and gets to follow him.

Inside the fair, Charlie is taken by a huge Playmobil stand; he can’t help but notice it's set up just as he and Marla used to describe when they were younger. He tries to point this out to her once she’s caught up with him, but they both suddenly find themselves transported by a ray from a lighthouse, into the Playmobil world.

Charlie has taken on the form and power of a striking Viking, whereas Marla appears to be just a toy form of herself.

Just as Charlie embraces the notion of being a toy Viking, he is kidnapped by pirates, who whisk him away to the evil dwelling of Emperor Maximus (Adam Lambert), who plans to put him in the coliseum and fight for his entertainment.

Lost in a foreign toy land, Marla gets the help of travelling food vendor Del (Jim Gaffigan), offering him gold coins in exchange for rescuing her brother. Together they have to traverse this peculiar land, facing much adversity along the way, if they’re to have any chance of finding Charlie again. Playmobil as a toy brand has always been in the shadow of Lego’s greatness, and this film is no different.

Try as it might, it doesn’t have the same kind of legacy that Lego has. This means that unlike the Lego movies, it has extreme limitations as far as visual gags are concerned; beyond the curved hands, which it shares with Lego characters anyway, it has very little else to distinguish itself. What’s left are fairly generic, toy-like characters on an adventure.

Without visual references to delight audiences, this means the script has to work even harder. Sadly, it just doesn’t work hard enough. There are some genuinely amusing moments, but only enough to fill a short cartoon, never mind a full feature.

The talent is also somewhat lacking too. The biggest name to feature is Daniel Radcliffe, who does manage to produce a fair number of the laughs with his homage to Bond, Rex Dasher, but he doesn’t feature anywhere near enough, and certainly can’t carry the entire film.

It’s certainly no car crash, but ultimately it feels more like a well-meaning Chinese knock-off, than the real deal.

Yes it’s bright and colourful, but unfortunately for Playmobil, it just doesn’t have the same solid foundation, that Lego obviously has, to build on, leaving it as floundering, flimsy franchise in pieces.