Films about weddings can be much like the real thing: you often have to be dragged against your will to them and they can be difficult to tolerate. And having paid so much to be there, it’s no easy feat to simply walk away.

This debut feature, by writing and directing team Jeff Chan and Andrew Rhymer, does the unthinkable, by inviting us to more than just one wedding. How dare they? 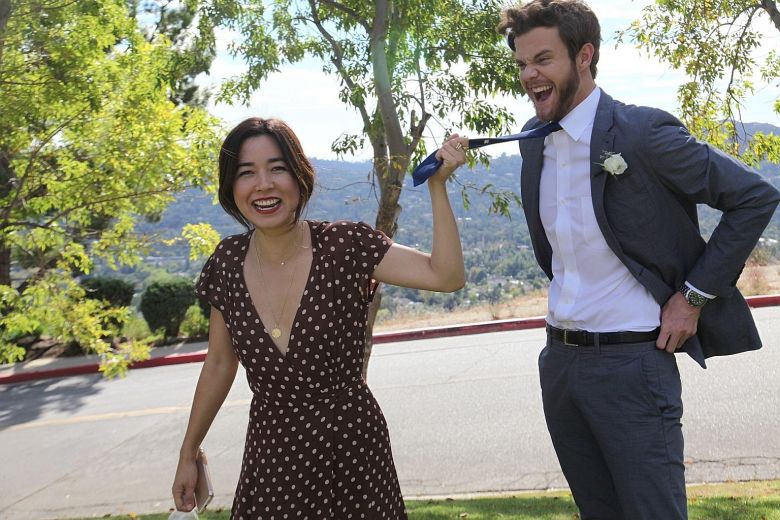 Yeah that's right, I just made you my bitch!

It’s the couple’s big day and Ben (Jack Quaid) is quickly running through his best man speech. His audience of one however, long time friend Alice (Maya Erskine), isn’t buying it. It can’t be helped, as she’s feeling sorry for herself, having recently been dumped by her boyfriend.

For her, it couldn’t happen at a worse time; dubbed wedding season, the invites are flooding in left, right and centre, for both of them. As both are now single, they agree to act as each other’s plus one, just to cope with the ordeal ahead.

Between them they have a handful of weddings to not only attend, but to survive. 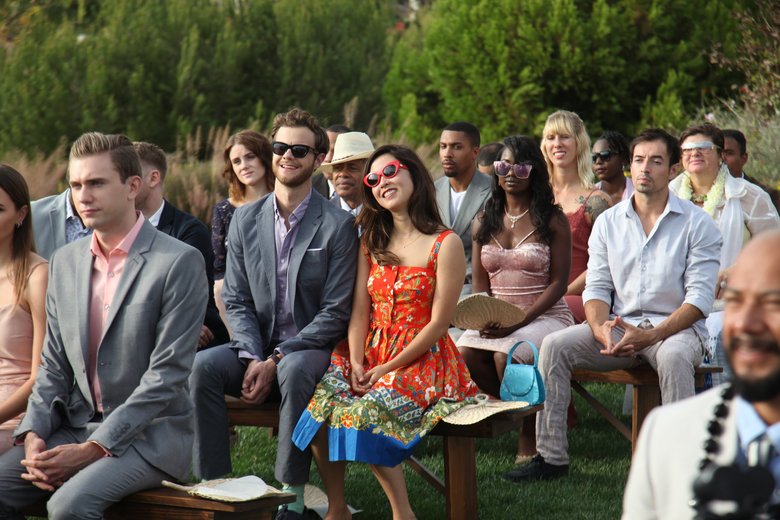 It's such a relief knowing it's not us up there. Suckers.

Clearly filmmakers Chan and Rhymer like a challenge, taking on such a niche genre for their first feature. It was either a brave and bold decision, or just a naive one – you decide.

The film let’s itself down by being outrageously predictable; pretty much from the opening credits it’s obvious where this is all leading. To a certain extent, they’re dictated by the genre itself, and the conventions that are married to it, as it were. But the film’s structure is so rigid, there’s no room for surprises.

Luckily for them, they lucked out on the casting side. From her opening scene, Erskine owns every frame, even managing to steal some she has no right to. Her character is the only thing about this film that although doesn’t completely break with convention, certainly bends it. Her performance is utterly beguiling, being as raw, earthy, and funny as hell as it is.

Kudos to Quaid (yes, offspring of Dennis and Meg) for keeping up with her as best he can, as it’s no easy task. A film like this can die on its feet if the chemistry isn’t there, but Erskine and Quaid don’t have that problem.

Between them, they elevate what could have been a bog-standard premise, into something a little more substantial.

It may not be a genre you’re wedded to, but Erskine’s breakout turn will surprise you, enough to think about putting a ring on it - yep, you'll love it that much.