Portrait of a Lady on Fire

Have a portrait painted, it lasts longer. That’s what was never uttered by someone in the eighteenth century when stared at for a substantial time.

Thanks to technology, taking pictures – on a phone no less – has become so commonplace, that if you wanted a reminder of how someone looks, you just have to wave your phone in front of them – with or without their permission.

For French director Céline Sciamma’s latest film, she goes back to the said eighteenth century, when even shaking a Polaroid picture wasn’t an option. 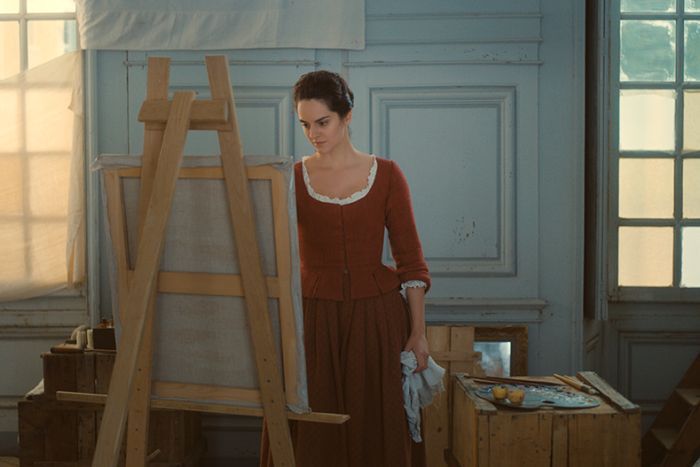 Having endured a somewhat perilous journey by boat, Marianne (Noémie Merlant) finally arrives at her destination, an island with a small population in Brittany.

She has been commissioned to paint a young woman who lives there, Héloïse (Adèle Haenel). Painting a portrait certainly doesn’t sound too difficult, but an artist has already been unsuccessful in doing so already. The reason is that the painting is to be sent to a suitor in Milan who she is to marry, and she does not want him to see her in the hope she doesn’t have to marry him.

Marianne is therefore told that she has to pretend to be a companion, and take in as much of her subject as possible, to paint her portrait from memory. Marianne therefore finds herself spending a lot of time in her company, which leads to an unexpected friendship. 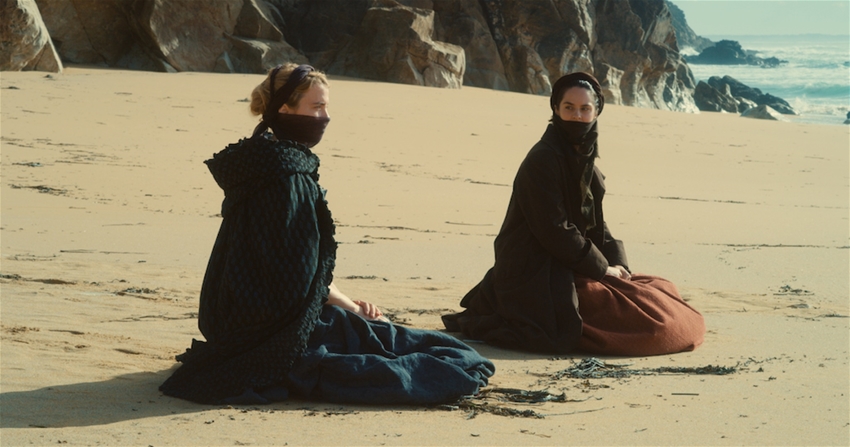 Since climate change, even a day on Bognor beach was no fun anymore.

Its first half is certainly its strongest. There’s a curiosity as to not only how the film will develop, but also that of its two leads. It loses its potency however once it’s been established that a relationship will take place. There are far too many scenes with both female protagonists staring into each other’s eyes, with very little said. It may well be upholding the adage of a picture paints a thousand words, but dialogue is quite useful for a film.

There’s an opportunity to air their concerns and feelings to one another – after all, this is a period in time where same sex relationships were frowned upon, to say the least – so it’s disappointing that Sciamma doesn’t probe deeper than the surface of the flesh, where they could communicate how they felt about the scenario they find themselves in. Longing stares are OK for a scene or two, but this film suffers from overkill from them.

Sciamma redeems herself a tad with a charming and clever ending, which is in effect her version of a Facebook status update.

The performances are strong all around, particularly from Merlant and Haenel, but more dialogue would have helped to define their relationship. After all, it’s only supposed to have lasted around five weeks, so what kind of love can develop in that time frame exactly?

Much like the lady in the portrait itself, this film is a slow-burner. It certain smoulders in places, but never fully ignites as desired.