Whenever films deal with the premise of mind control, nothing good ever comes of it. Everything from The Manchurian Candidate, Scanners, to the recent Get Out, all involve getting inside the mind of others for nothing short of really despicable behaviour.

There is of course Obi-Wan Kenobi, but although he used his powers for good, calling it the Jedi mind trick sounds on the iffy side; giving you cause for concern for some of the young ladies on their own on a night out in the Mos Eisley cantina, with old Ben on the prowl, waving his grubby little finger in a woman’s face chanting “I will come back to yours”.

This then is further evidence that when someone decides to pop into someone’s else’s head, they’re surely up to no good. 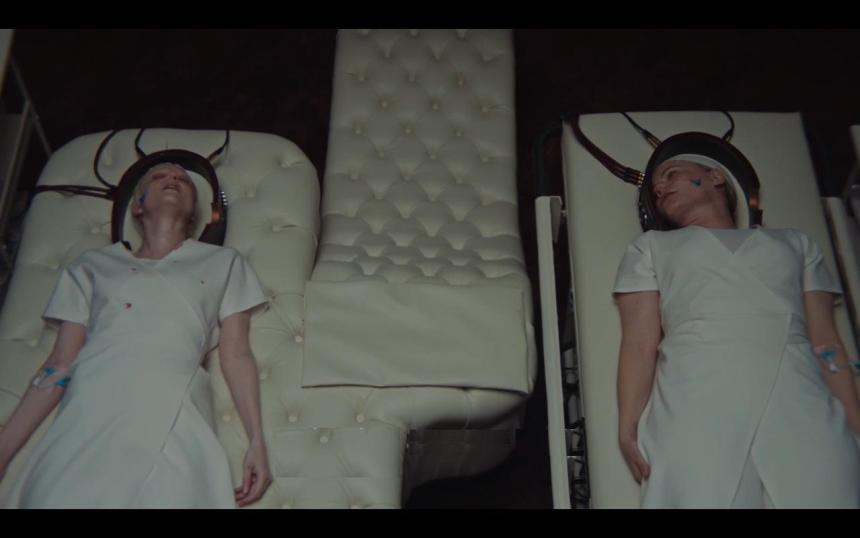 The head part of the treatment is the easy bit, it's the colonic that's a bit iffy...

Tasya (Andrea Riseborough) is someone who has the ability to get into the minds of others. Not in a kind of psycho-babble therapeutic way, but actually access another person’s mind. She is an agent for a secretive organisation that has the technology to probe targets with an implant – which essentially is the ability to hack the brain - that allows Tasya to take full control of the person remotely, causing them to ‘bind’.

The organisation accept lucrative contracts with the mission always resulting in the same action, the death of the target. Tasya then, is a mind assassin.

Her latest mission sees her take control of Colin Tate (Christopher Abbott); he’s a low level grunt for a huge corporation, so nothing out of the ordinary there. It just so happens that he’s dating Ava (Tuppence Middleton), whose father John (Sean Bean) is the owner of said huge corporation.

But the mind is a complex organ, regardless of the technology used to control it, so it’s not long before Tasya experiences cerebral glitches that take their toll on both her and the mission. 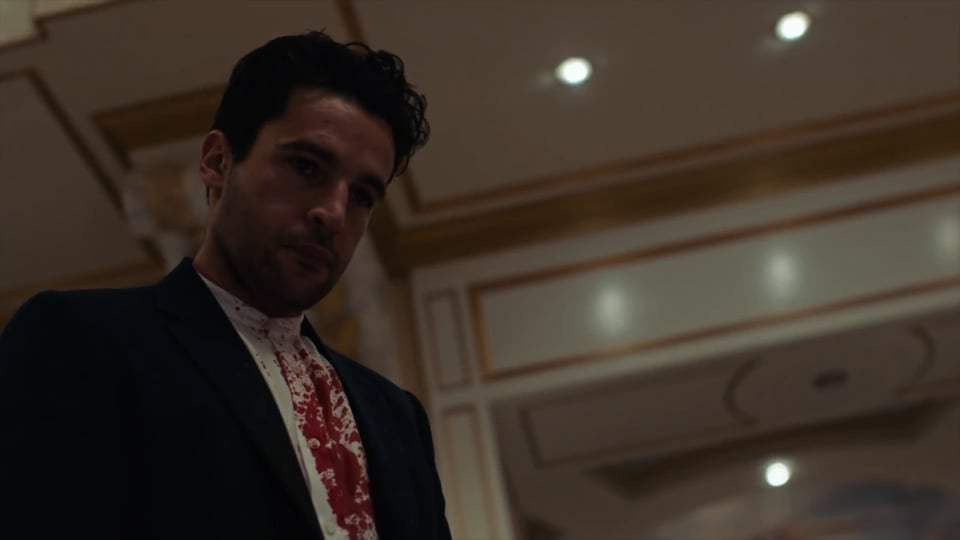 No really it's the latest style known as Spatter Me Up.

There may well come a point in watching Possessor where, if you’re old enough or know your horror history, you get an eerie sense of déjà vu. Not necessarily from the story, although it does hark back to certain classics like Scanners and Videodrome, but more visual aesthetics of the film.

Ironically, it’s as if legendary director David Cronenberg has accessed the brain of this film’s director, taking full control of him to create what is a classic Cronenberg film in everything but name. Actually that’s not true, as it is in his name too, since helming this feature is none other than David’s son Brandon.

It’s remarkable how much of a Cronenberg Snr film this film feels. Brandon has captured not only the often dark visual tone of his father’s work, but also his cerebral approach to horror and sci-fi storytelling. Whether it’s intentional, purely genetic, or he has indeed undergone a mind probe transference is unclear, but it makes for an utterly riveting piece of cinema.

Although there are strong performances all round, particularly that of Abbott who has to navigate the trickiest of acting waters of portraying a character within a character, they can all get a bit lost in the dense visual palette applied, that definitely tries too hard at times throughout.

The story is also on the woolly side. There is no insight into either Tasya’s credentials as a hired assassin, or her reasons for choosing such a profession in the first place, and this vagueness makes it tricky to understand her motive.

That said, Possessor is a visually visceral experience, underpinned with a dark and chilling narrative with the unnerving ability to get both under your skin and inside your head.