The internet is a marvellous thing. Never has it been easier to stay in touch with people you vaguely care about. Or troll those you have absolutely no interest in, but get off making their lives hell. What a time to be alive.

There are groups however, who not only understand the power of social media, but utilise it for their own nefarious means.

This film, based on French journalist Anna Erelle’s book In the Skin of a Jihadist, follows a journalist as she delves into the recruiting process of ISIS online. 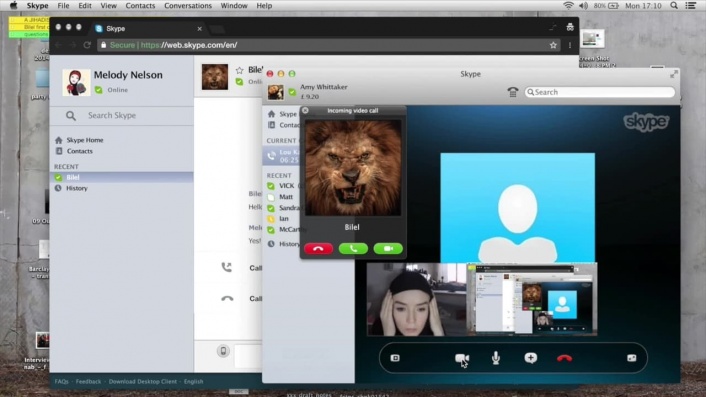 Too many windows, too many damn windows!!!

Amy (Valene Kane) is a journalist working on a big story in London. She has created a fake profile on Facebook in order to attract some attention from members of ISIS. With a large number of women from Europe travelling to Syria to join ISIS, she is keen to see how they are recruited.

Sure enough, it’s not long before an ISIS member, Bilei (Shazad Latif), befriends her online. He seems keen to talk more with Amy, who uses the name Melody, so they move their communication to video chat on Skype.

It’s during these chats that Amy develops more of a persona for Melody, telling Bilei all the things he wants to hear, such as that she’s recently converted to Islam, and she’s growing tired of what’s happening in the west.

It’s clear that Bilei is taken in by her online persona, but at the same time, Amy can see how people like Biliei can recruit foreign women, as she starts to fall for his charms, making the line of being Amy the journalist and Melody the ISIS supporter an increasingly blurred one. 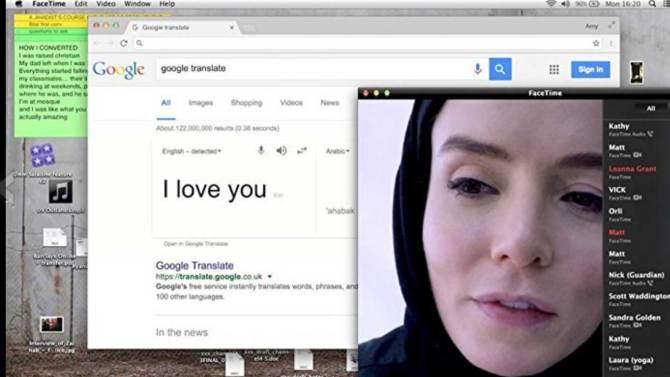 Russian director Timur Bekmambetov, probably best known for his Night Watch and Day Watch films, has made quite an impressive feature here, particularly from a technical stand point. The entire film takes place on the desktop of Amy’s computer; not only are we privy to all the video calls that she makes with Bilei, we also see the communication with her boss, as they discuss where the story should be going. On top of that, we also see her social life too, as she chats with her boyfriend and her best friend, often swapping back and forth between her work and everyday life.

Just as the first found footage film was a gimmick, and started off a whole new genre in the process, there’s no deny that Profile falls into the same category. And yet it doesn’t make it any less fascinating.

Bekmambetov prevents it from being what could have been a fairly static experience, by keeping everything moving at a cracking pace. Not only does it hold the attention, there’s also an element of voyeurism as he draws you constantly into both her screen and world, as it flashes before us.

The fact that it’s based on true events only makes it more disturbing.

The performances are spot on too, especially from Kane, as she has to juggle so much professionally and emotionally throughout, in virtually every frame of the film.

It’s quite remarkable that Bekmambetov not only achieves something technically impressive – although not the first film to utilise the computer screen, as Unfriended did the same in 2014, which Bekmambetov also just so happened to produce - but also manages to keep his story gripping throughout. And of course it also serves as a lesson that everyone should adhere to and that’s be careful who you talk to online, because before you know it, you could have signed up to fight in a holy war, or even worse, ‘friending’ your ex-partner’s current other half.