It was only in the last few weeks, on these very pages, that we bemoaned the talent of Carey Mulligan, and how she appears destined to play dull and dreary characters forever more in period dramas.

Clearly this thought has been playing on her mind too, as she stars in this modern revenge thriller, keen on teaching the male of the species a lesson or two, without a ribbed corset or homely bonnet in sight. 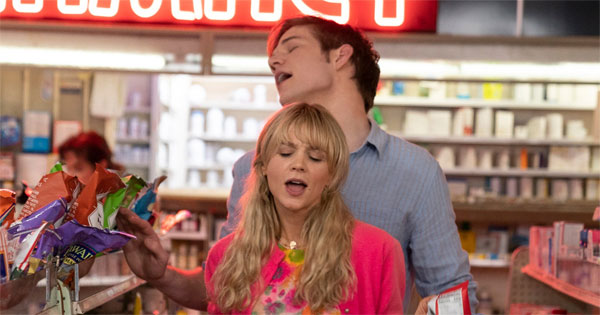 Even when it's a muzak version of Summer Nights, an impromptu duet is always required.

There’s nothing wrong with working in a coffee house, as Cassie (Mulligan) now finds herself doing, but she once had greater aspirations. Not so long ago she was studying medicine, but had to drop out after being traumatised by what happened to her best friend at a college party.

Still living with this trauma, Cassie, understandably, has trust issues as far as men are concerned, which leads her on a personal crusade; she attends bars and uses herself as bait, pretending to be incredibly drunk, therefore revealing the predatory nature of some men in her company. Just when it looks like they are going to take full advantage of her, Cassie reveals to them not only her sober state, but that they’ve also crossed a line and therefore need to be a taught a lesson.

After meeting a fellow student from her college days, Ryan (Bo Burnham), who is now a paediatric doctor, there’s a glimmer that perhaps Cassie could have the chance of a healthy relationship after all. But her past eventually catches up with them both, making Cassie more adamant than ever that those involved should finally face justice, dispensed by her very own hands. 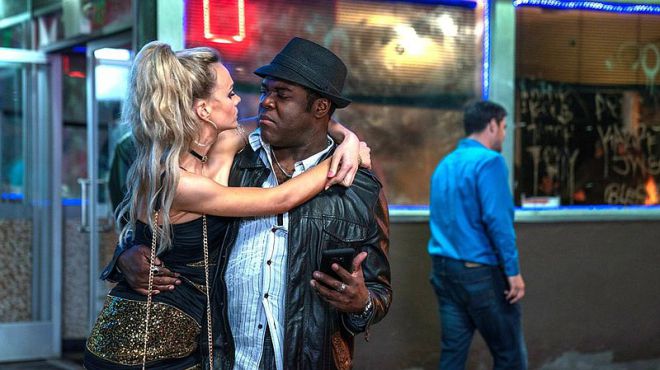 I'm sorry but you don't look anything like the guy I was meeting from Grindr.

Although British actress Emerald Fennell (who can currently be seen playing Camilla Parker Bowles in The Crown) marks a promising directorial debut here, the result overall is somewhat ineffective.

There are signs of intent of wanting to be quite dark throughout, but the execution is all rather grey. For instance, as menacing as Fennell portrays Cassie, the audience never sees any actual violence, with all of it oddly implied. Without any visual evidence of her supposed revenge, she’s never nothing more than a benign threat, regardless of how menacing Fennell makes her out to be.

Because of this, Cassie is all bark with absolutely no bite, which makes her drive for vengeance virtually redundant. With none of the sleazy men she encounters being seen to be harmed, the only real victim is Cassie herself, as she continues to suffer the mental anguish from her past.

The script, which Fennell also wrote, attempts to offer some light by way of new relationship, but by following a fairly obvious path, Fennell shows her hand all too early telegraphing her intentions so that even the most myopic can see what’s coming.

Even the ending, which presumably is an attempt to show that Cassie is triumphant, can just as easily be read that despite her efforts, the male of the species still manage to get the better of her.

It’s with all this vagueness that any sharpness the film promises is swiftly blunted.

As far as Mulligan is concerned, it’s a role that she not only embraces fully, but also proves that she’s more than capable of playing characters in the 21st century, which is a relief. It’s just a shame that Fennell’s script shackles Mulligan’s performance and prevents her from really going full on Single White Female on screen.

And although Fennell does display promise with her debut, with some pleasing cinematography and a bubblegum pop soundtrack, you can’t help but feel that this Promising Young Woman had far more potential that sadly went unrealised.