In 1963, Valentina Tereshkova made history by becoming the first woman in space. Since then, over sixty women have matched her achievement and have left our atmosphere as astronauts.

Of course it shouldn’t be something worth highlighting, it should be just a given, but when you consider, for instance, that the USA has never had a female president, these steps for womankind should be celebrated.

This film looks at a female astronaut having to also juggle being mum, before her first mission to space. 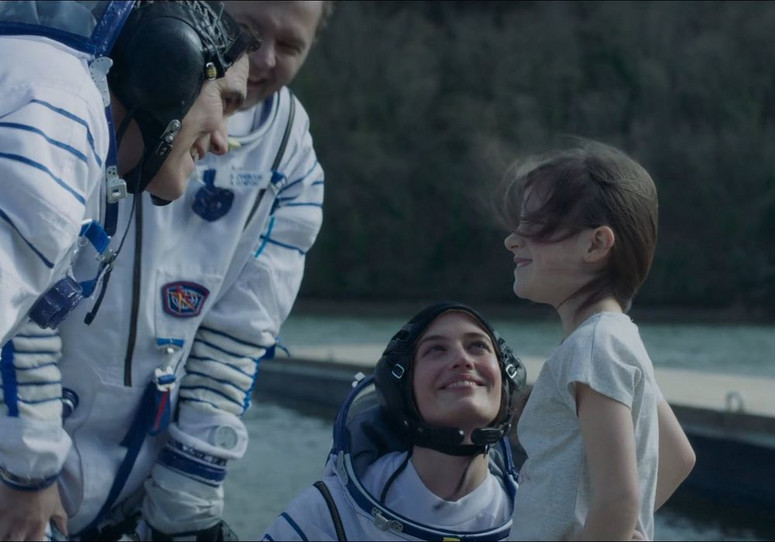 Have you ever seen a grown man wash his feet with a flannel?

Preparing for her first mission into space, by being sent to the International Space Station, is French astronaut Sarah Loreau (Eva Green). Although extremely proud to be chosen, it’s a difficult time as far as family is concerned, having an eight-year-old daughter, Stella (Zélie Boulant), to look after.

Although divorced, her ex-husband Thomas (Lars Eidinger), an astrophysicist, is more than happy to look after their daughter, while mommy’s off on her peculiar work trip.

For a spot of final training, Sarah and her fellow astronauts, including American Mike (Matt Dillon) are sent to Star City in Russia, with minimal contact with the outside world. It’s here that Sarah begins to understand the pressures and responsibilities of motherhood, and the ever-growing space between her and her daughter. 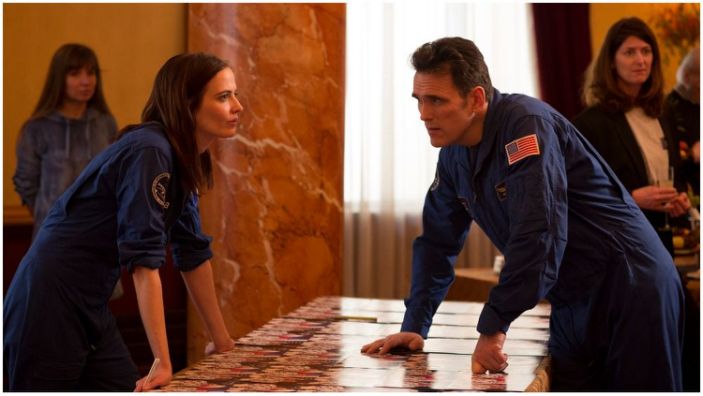 So you're telling me, film's Matt Dillon, that you can beat me in an arm wrestle?!

There’s probably a valid film in examining the relationships astronauts have with those they leave behind, but sadly this isn’t it.

French director Alice Winocour’s film takes the notion one unnecessary step further, by asking the question, how difficult is it for a mother to be an astronaut? The answer frankly is, who cares? So very few exceptional individuals get chosen for the absolute privilege of going into space, the fact whether crew members, male or female, have children, is irrelevant. If you feel you can’t leave your adorable little sprogs behind, then don’t, as there are a large number of others who can take your place.

There’s also the questionable issue that Winocour chooses to simply ignore, which is can’t men miss their children too? This is never addressed here, even though Dillon’s character has two sons. Clearly Winocour is keen to reinforce gender stereotypes where a mother’s bond with her children is far greater than that of a father.

Certainly the director doesn’t do her cause any favours when the relationship between this mother and daughter is incredibly dull. In the background is an exciting story of astronauts preparing to go into space. All this is knocked way into the distance however, so the film can focus on a mother wondering where her child wandered off to during an important briefing.

There’s only one way this film could have turned things around and suddenly got interesting real quick, and that would have been if the daughter snuck on board the ship just before take-off. Spoiler alert, she doesn’t.

There’s no denying the immense pressures that astronauts are subjected to, and that’s before they get into space, but babysitting problems really shouldn’t be the one to focus on for a film.