The study of science has been predominately the domain of the male of the species. This is not down to the general disinterest from female kind, but from the lack of encouragement to pursue it.

There may well be a tide turning now however, with recent data suggesting, in the UK at least, that more young women than men are now studying the sciences at ‘A’ level.

And if ever there were a poster figure to help promote the study of science – to all genders – it would be Marie Curie.

This film follows this pioneering scientist from early on in her career, as she blazed a remarkable trail through the science community. 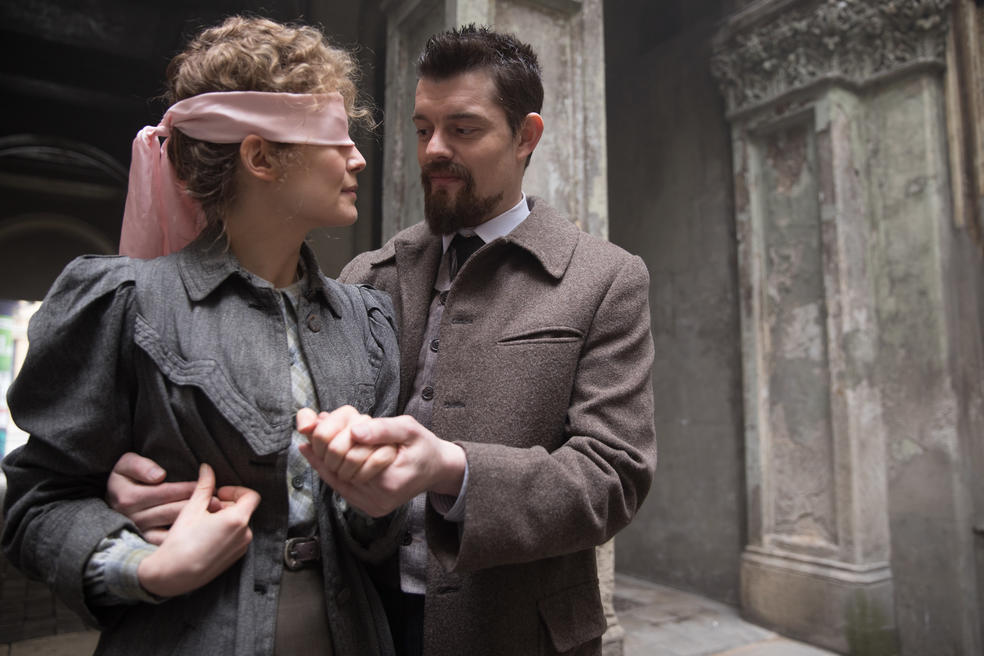 My mother warned me you would be a kinky devil!

To prove how dedicated she was to the world of science, young Maria Skłodowska (Rosamund Pike), changed her name to the more French-friendly Marie, and packed her bags for the academic streets of Paris.

It’s here that she pushed on with her scientific studies, often butting heads with her peers, in a bid to prove herself. Despite her commitment to pursuing her research, she crosses paths with fellow scientist Pierre Curie (Sam Riley), whom she soon strikes up a relationship with – both professionally and romantically. It’s not long before they make the kind of breakthrough that will change the world of science forever. 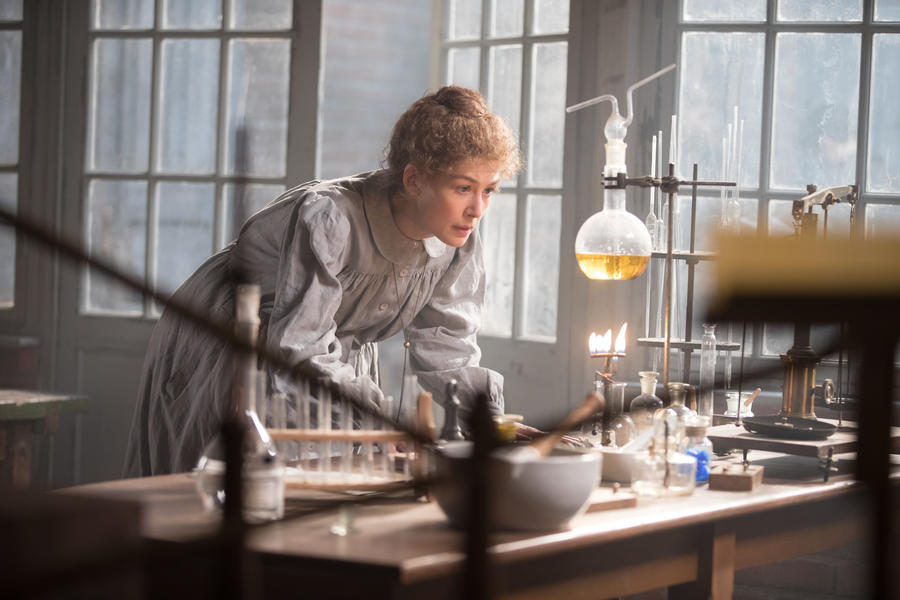 I've seen Breaking Bad, how difficult can it be?

It must have been obvious to Iranian-born director Marjene Satrapi, that if she was to present this exceptional historical figure on screen, she would need an exceptional actress. It’s no surprise then that she chose Rosamund Pike. Pike is one of the most talented actors of her generation, and yet it still feels her talents are underrated. Perhaps she hasn’t quite found that defining role, although she probably came closest to it with 2014’s Gone Girl.

Her portrayal of Curie is a fascinating one; it reveals a woman dedicated to science, who despite her feelings, found herself at odds with her relationship to her husband and family life. Pike does well in displaying this internal dichotomy, as a woman who, quite rightly, didn’t just wanted to be accepted as a scientist, but as an equal, and yet often raged against the man she loved, despite him being completely supportive in every way possible.

Satrapi wisely allows Pike to do what she does best, but she does so by also playing with the usual structure of a biography. The director not only offers a revealing profile of an extraordinary figure, but also includes throughout, examples of both the good and the bad that came from Curie letting out her particular radioactive genie from the flask, serving as a reminder that all scientific findings can have serious repercussions in the wrong hands.

It is an absorbing story, which offers an intriguing insight into a truly brilliant mind, and the many pitfalls that came with it, just for being a woman at the time.