Having served his country well over the years, you would have thought that John Rambo had earned the right to enjoy his retirement, and finally let down that lengthy hair of his. But no.

Eleven years after 2008’s Rambo, Sylvester Stallone returns as the tortured war vet, who finds a new enemy closer to home to do a combat tango with. 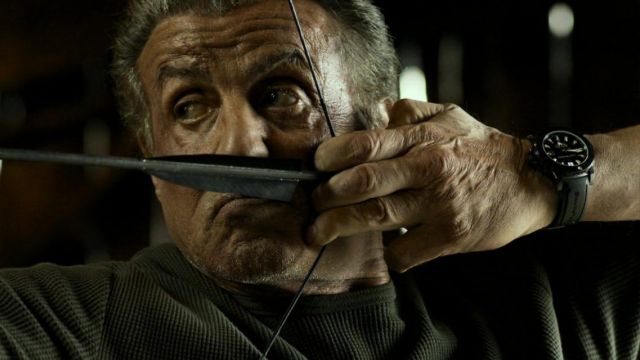 Now this is how you should play darts.

Living on a ranch in Arizona is John Rambo (Stallone). After years of fighting, he finally looks at home, tending horses, and enjoying a quiet life.

He’s not alone however, as Maria (Adrian Barraza) and his niece Gabrielle (Yvette Monreal) are around for company.

Gabrielle is a young woman who has been curious about her father, who abandoned her and her mother years back. So when a friend tells her that they know where he lives, in Mexico, she’s keen to meet up with him.

Despite Rambo and Maria’s advice to the contrary, Gabrielle goes off alone to reunite with her father. Sadly it doesn’t go to plan; he is just as she was told he was, a worthless piece of scum. To get over the disappointment, a friend takes her to a club, where things go from bad to really bad, as she is abducted by some evil cartel members who want her for their sex ring.

When Rambo learns of where Gabrielle went, he immediately sets off for south of the border, with the soul intention of doing anything and everything to get her back. 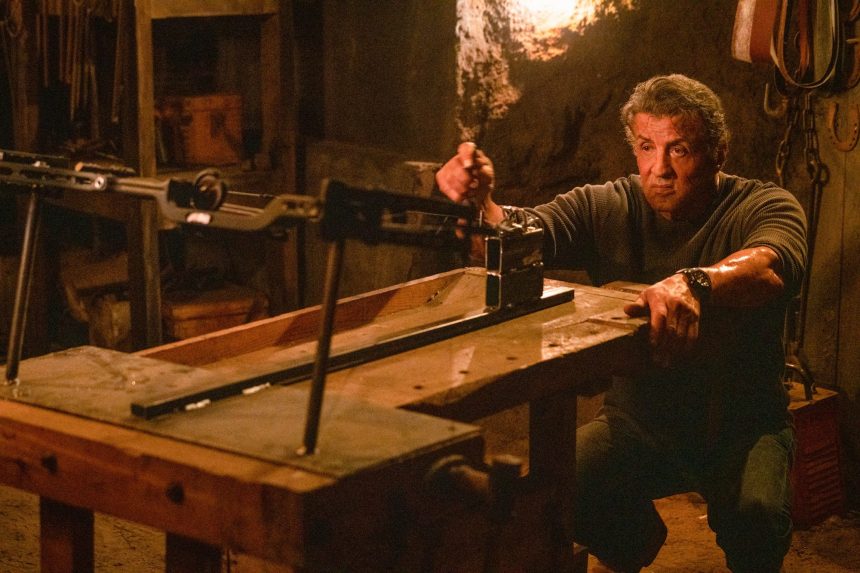 With the global success of Rocky, it’s easy to forget how much of an impact Stallone’s other franchise had in the action market. To date, the franchise has racked up over $800 million dollars at the box office, with Rambo: First Blood Part II, bringing in $300 million of that all on its own. That’s a lot of bows and arrows for you.

And although an interesting concept, having the vet fight on territory closer to home in a personal vendetta, the execution, by debut director Adrian Grünberg, is somewhat of a letdown.

It’s certainly not helped by a story that simply falls apart by its end. It’s certainly in Rambo’s DNA to exact revenge in the first half of the film, which resembles a more violent Taken. But then he returns to Arizona, like an aged Kevin McCallister, who has turned bitter and sinister, setting deadly traps for Mexican versions of Pesci and Stern, as they approach his home in numbers.

There’s no doubt that he goes to a lot of trouble, but considering he already dug out a network of tunnels under the property, like you do, it would be a shame to waste the opportunity.

It’s disappointing as there was an opportunity to explore his mindset, as an older man and troubled soul. With someone like James Mangold helming perhaps, it could have been just as violent – which it most definitely is - but with more pathos, as there was with his Logan. Instead, Grünberg’s approach is contrived and heavy handed, making Rambo even more of a caricature.

For those who enjoy the violent nature of John Rambo, there’s enough here, particularly in the final third, to enjoy. It’s ironic though, that the film’s end credits, flashing back at Rambo’s earlier outings, is a harder hit of nostalgia than the feature that precedes it.

A violent send off for sure, but if this is last blood, it's not necessarily the one this particular war and iconic cinematic hero deserved.