When The Last Seduction was released in 1994, many felt it signalled the arrival of a major talent in John Dahl. It was a dark, steamy, noir thriller, with some impressive performances from its stars Peter Berg and Linda Fiorentino.

It turns out that his previous film, Red Rock West was almost a dry run for The Last Seduction, as it echoed its noir sensibility.

Starring a fresh-faced 29-year-old Nicolas Cage, and Lara Flynn Boyle, not long after her success on Twin Peaks, it told the story of growing greed in the small, western town of Red Rock, Wyoming. 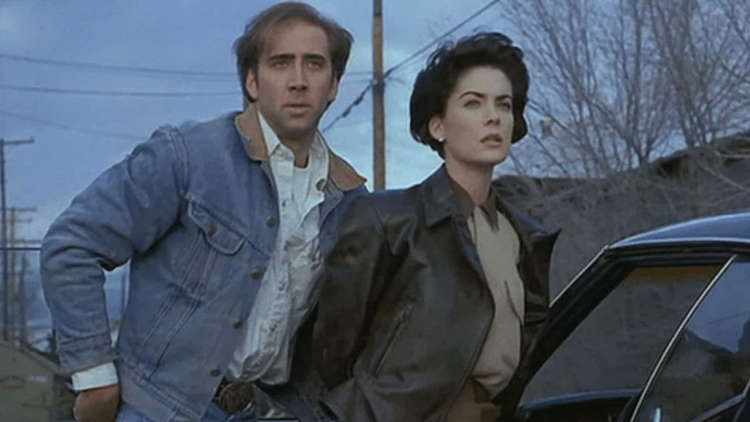 Having driven 1200 miles from Texas, Michael finally arrives in Wyoming. He’s there for a job prospect that unfortunately doesn’t work out, and finds himself almost broke, in the middle of nowhere.

He gets a tip for a gas station attendant that there are some guys that hang out in a bar, in a small town called Red Rock, who might be able to help him out. With little else on the horizon, he decides to check it out.

Having found the bar, he takes a seat, and is soon quizzed by the barman. He noticed his number plate that the was from Texas, and automatically assumed Michael is the guy he’s been waiting for. Just when Michael’s about to put him straight, he offers him the wad of cash for the job he wants done.

It’s a lot of cash, so it’s no surprise that the job its intended for involves murder. With Michael in a pickle financially, he still thinks he can make it work. But it turns out that this small town is going to be a difficult one to get away from, however hard he tries. 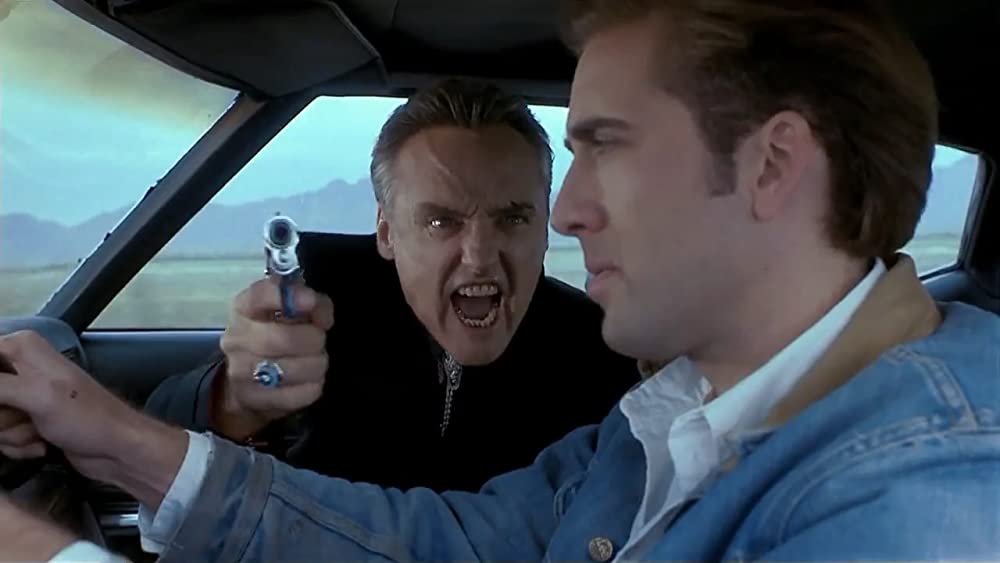 Having already directed 1989’s Kill Me Again, his directorial debut, starring Val Kilmer, Dahl was already setting himself up for being a fan of noir. This rural setting was unusual for the genre however, as it’s often connected with the dark, menacing streets of the city, and yet he still manages to make it work here.

Cage has still to tip the scales in terms of his acting abilities, giving quite a reserved and responsible performance for the most part, which is no bad thing. It’s difficult to think of a time when crazy Cage didn’t exist, but here’s proof if needed.

Besides, the film also starred the great Dennis Hopper, who certainly supplies the crazy that Dahl was going for. It wouldn’t be a surprise to learn it was here that Cage got a taste for it, from one of the original cinema ‘crazies’.

Boyle makes the perfect femme fatale too, locked in an insufferable marriage and seeing Michael as her ticket out of there.

With a suitably dark and twangy soundtrack, as well as a role for country star Dwight Yoakam, Red Rock West still stands as a confident and competent noir to this day.

This Dual format limited edition release, sees the film available for the very first time in high definition on UK shores. It also features both audio commentary from the director as well as a new interview. And if that wasn’t enough, there’s even a poster.

For only his second film, it still manages to impress, and certainly highlights elements of greater things to come, as they did in The Last Seduction.

It’s disappointing that his career never hit the dizzying heights that many expected, having not made a theatrically released film since 2007’s You Kill Me. Instead he’s mostly focused on directing for TV, helming the occasional episode of random shows such as True Blood, Dexter, and more recently Ray Donovan and Billions.

It’s not clear as to why there’s no interest in directing film, unless there’s a reason why film has turned its back on him, but as he’s proving with his current TV work, it’s cinema’s loss, as he still clearly has what it takes to tell a story on the big screen, as this hugely enjoyable film is testament to.