It may have been the late eighties, but Paula Abdul knew what she was talking about with her song ‘Opposites Attract’. Sure, on one base level she’s exploring what is it exactly that brings people together, as she explains in her lyrics “I take thing serious and you take ‘em light’, and yet she feels she has a connection with this other person, which is difficult to define. Fascinating stuff, for sure.

But the fundamental meaning behind this song is a simple lesson in physics and charge interactions. And it’s a lesson that will hold you in very good stead whilst you play this new physics-based puzzle game. 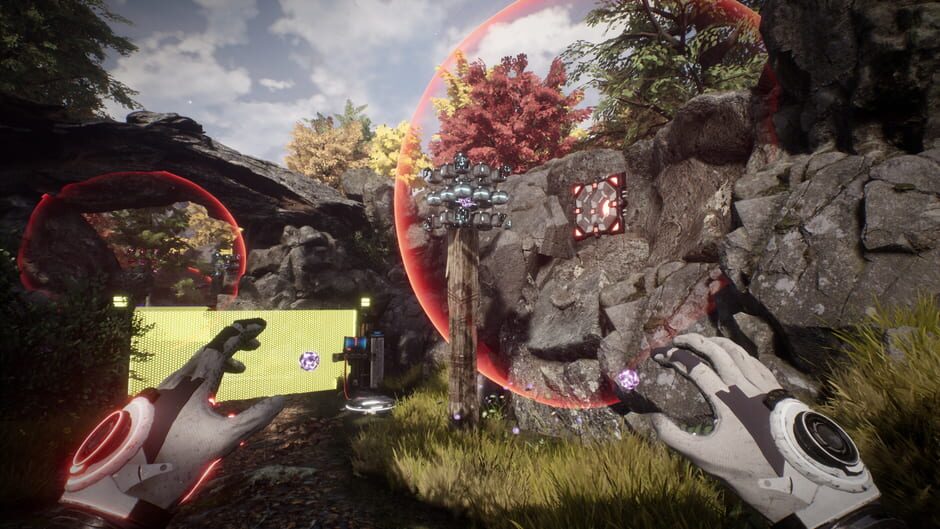 Oh the gloves? I got them from Primark, they keep my hands rrally warm and I can make these glowing red orbs too!

It is a future that has finally gotten around to putting stuff up on the moon. You play Dr. Angelica Patel, a renowned physicist who finds herself on the moon in Chandra Base. But whilst there, something weird happens, where she suddenly finds herself alone, with no sign of anyone else. She believes it has something to so with a recent incident, where a large crystal crashed onto the surface, and was transported back to their facility.

At the same time she’s dealing with the news that her daughter is on her way to visit her. But the question is, is the base a safe place for her to be? With systems failing around her, she endeavours to get the base back online, and discover what exactly has happened on this scientific lunar outpost. 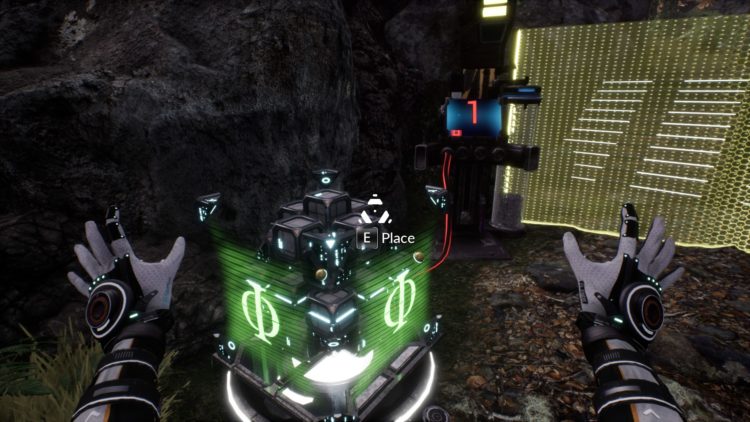 This must be the latest version of the Rubick's Cube. It' don't look all that to me.

So if you haven’t worked it out already – and if you haven’t, then this puzzler may not be for you – there’s a lot of story here for what is essentially a physics puzzle game. It’s clear that developers Mighty Polygon wanted to give the gamer a similar experience to that of Portal, which is a noble target.

Unfortunately there’s too much of a disconnect between the story it wants to tell and the puzzling elements of the game. There is a very defined line between the two, with no room for overlap. In a sense, it’s like a gaming version of The Crystal Maze; the show goes to great lengths to create an atmosphere around each of the zones, with impressive sets, and Richard Ayoade being the veritable joy sponge, guiding the players around the set. But as soon as the players enter the rooms, it’s all about the puzzle and how to solve it. The only difference here is where Ayoade and the team can interact with the player puzzling away, once that puzzle door closes behind you here, you’re very much on your own.

And because of that, the puzzles are a fairly dry experience. Yes the locales are somewhat attractive and scenic, but essentially, you have to move blocks with your hands, using gravity gloves, from one point to the next. And that’s it. Of course there are obstacles in your way, it wouldn’t be a puzzle game if there weren’t, which include force field gates that need to be turned on and off to progress.

You want to simply grab a block, take it to the correct base to place it, and drop it. But the fiends behind the game of course ramp up the difficulty to the point that you can almost feel your grey matter throb.

Each block can be assigned a polarity through your gloves – positive or negative. This is where Paula’s song will haunt you – if you let it. Some blocks are in difficult to access places, so by changing the polarity of the block you have in your hands, can determine if you repel or attract the other block. It’s a relatively simple principle, but believe us when we say it will make your brain fizz.

Then once you’ve managed to clear an area by opening all the gates in your way, you get to explore the empty base on your own for a bit, which is as solitary as it sounds, especially when you can only either walk, run, open a door, or pick up a collectible. That’s it.

It’s while out of puzzle mode that the game progresses the story, but without the cohesion of a game like Portal, it starts to feel like completely unnecessary window dressing for a puzzle game. It’s also surprising that there’s quite a bit of bad language used for what is a puzzle game. This means that it isn’t suitable for younger gamers who, ironically enough, would probably have the smarts to solve the many puzzles, unlike their brainless adult counterparts. Also, does a puzzle game really need to be edgy?

The puzzle elements of the game are certainly a mental workout. The biggest issue however, is that you can easily lose sight of your objective. On top of that, there’s no manual to refer to in terms of what you can and can’t do. There isn’t even an option to have an electro, spaced-up version of Opposites Attract playing in the background.

Currently we have reached a puzzle that we have to admit, has gotten the better of us. With no hint system in place, and no way to return to another area to work around it, the game is essentially over. The game effectively tells the player if you can’t get past this section, then too bad. Now it’s probably true that if we concentrated real hard, playing through the various possibilities and scenarios, that the puzzle will be solved. But there’s no telling when, and life really is quite short. It’s at this point that the fun element quickly wanes, only to be replaced with frustration.

It does feel like the developers really should have concentrated more on the puzzle element of the game, by making it as user friendly as possible, and less faffing about on a story that really isn’t that engaging.

Relicta certainly has some pluses, but the fact that there isn’t enough support for the player during the puzzles themselves may well leave you with an overall negative experience.