Legend is a word that’s so easily bandied about, it can lose its meaning. If ever you needed a reference, a true north star, then you only have to look at Clint Eastwood.

Eastwood, now at the age of 89, having started his career in the business in the fifties, is still going strong. He directed his first film, Play Misty for Me in 1971, with this his latest, marking his 38th time behind the camera, based on a true story. 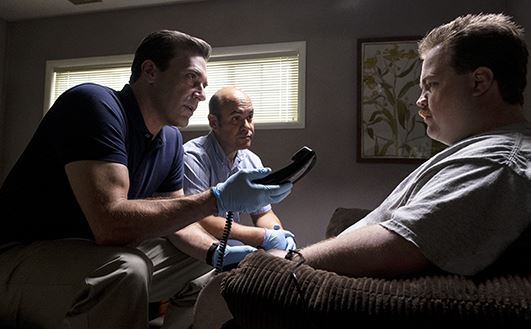 It's the Academy on the phone, saying don't bother showing up at the Oscars.

There’s a party atmosphere in the air, as the city of Atlanta celebrates being the host city for the 1996 Summer Olympics. The city has provided a number of music concerts in Centennial Park for residents and visitors to attend.

Helping out on security duties is Richard Jewell (Paul Walter Hauser). All his working life he’s wanted nothing more than to serve and protect, but it hasn’t always gone his way.

During a gig, Richard is vigilantly surveying the crowd, making sure everything is as it should be, when he comes across an unattended suspicious bag. Following protocol he reports it to the powers that be, and then goes about informing other guards, as well as technicians dealing with the show, most of which falls on deaf ears.

It’s only when the bomb squad arrive and actually confirm that the bag is indeed a bomb, that everyone takes Richard very seriously.

As he and the rest of the officials attempt to cordon off the busy area, the bomb explodes. Richard survives, but there are a few fatalities and hundreds injured. Still, his deeds are considered heroic, and the media go about promoting that sentiment.

Richard, who lives at home with his mom Bobi (Kathy Bates), is somewhat overwhelmed by the attention he’s suddenly getting. What he doesn’t realise however, is that the focus on him is about to get a whole lot worse, and not in a good way, when local reporter Kathy Scruggs (Olivia Wilde) gets a tip off from FBI Agent Tom Shaw (Jon Hamm), that the agency are now actually looking at Richard as their prime suspect, and runs with the story.

From hero to zero in a matter of days, Richard decides to take on legal representation in the shape of Watson Bryant (Sam Rockwell), when it becomes clear that the FBI are using fairly underhand tactics to pin Richard with being the bomber. 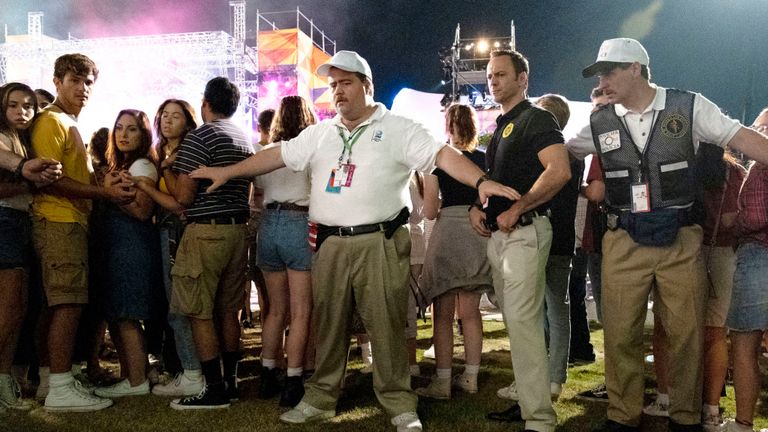 I'm sorry, but for me to perform the perfect windmill, I'll need more room here.

Considering the rather serious nature of the storyline, there’s a remarkably light touch to Eastwood’s film. This is due to the personality of Richard Jewell; there’s almost a retro comedic touch to Hauser’s performance, the kind you would find in an early Laurel & Hardy type feature. Sure he’s serious about the rules, and is a card-carrying member of the NRA with some fire power to back it up, but there’s an offbeat, bumbling disposition about him, that makes him extremely difficult to dislike.

Much of this warmth is down to Hauser, who gives a fantastic performance for his first major role. It’s disappointing that the academy chose to recognise Kathy Bates’ role, as it isn’t particularly outstanding in any shape or form, completely overlooking Hauser’s, which certainly is worthy of a nomination.

It’s Hauser and the fascinating true story that hold the film together; it’s an examination of a media that can overlook facts and evidence for a story, whatever the cost.

Eastwood also directs like the pro he is, by not showing the audience his hand – of whether Jewell was involved in the bombing or not – too early, and therefore forcing the audience to consider his guilt throughout.

It’s by no means Eastwood’s best, but if you’re not familiar with the story, his telling of it, with Hauser at the centre of it, certainly won’t disappoint.