It's official, time really does fly. It has to, as Rihanna releases her sixth studio album. That's right, the Barbadian queen has now notched up half a dozen albums to her name. And it looks like this latest one will cement her global popularity.

The question has to be asked however, has she simply reached that point in her career where she could release an album of her doing nothing but armpit farting and her fans would still go out and buy it, or has she still got something to say musically? 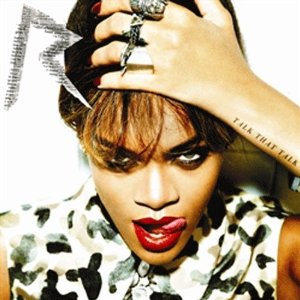 Bouncy. That's how the album starts, with the infectious 'You Da One'. It may well make English teachers around the world sigh (except perhaps those in Barbados), but 'da' kids will love it. And although it has a grimy vibe about it, it's one of Rihanna's love songs, where she expresses her feelings towards one person in her life, who she dreams about all day and thinks about always. Sweet.

Things may have gone a bit awry with the relationship though, as she discusses her search for the perfect person, who she hasn't seen yet in 'Where Have You Been' (a title that will probably annoy English teachers further, after it's a question, so where's the question mark?!!). It 's difficult to sympathise though as the song is heavily doused in a euro beat.

This euro beat continues into the recent 'We Found Love' (featuring Calvin Harris). It has Magaluf at 3AM written all over it. As a dance track it's a tad generic, but it still has an undeniably killer groove. It's a floor filler that's for sure.

For the album's title track, she gets some fellow to help her out with a spot of rapping. Apparently he's quite good at it, but let's face it, it's not singing, is it? Anyway, this Jay-Z chap gives a lyrical account of how so many women want to have intercourse with him. Talk about being cocky. With this kind of attitude you can guarantee his career won't amount to much. Rihanna probably felt the same way, as she takes the microphone away from him after only a couple of verses. And then the other Rihanna comes out to play. You know, that slutty Rihanna.

She continues in this sexual vein with 'Cockiness (love it)'; here she displays her talent for being a cunning linguist. "Suck my cockiness, lick my persuasion, eat my words and then swallow your pride down down". It's reminiscent of Madonna's Erotica album, but without any subtlety. It's the kind of song that the lasses from MTV's Geordie Shore would probably have as a personal anthem. But in this day and age it's difficult for songs to shock regardless of how explicit the lyrical content. What's more shocking with the track is how low Rihanna gets her vocals, singing as she does like a female Shaggy  that's Mr Boombastic of course, and not the one with the Scooby snacks in his pocket.

Rihanna promotes her unsubtle ways once again with the all too brief 'Birthday Cake'. The biggest disappointment is that it's only 1:18 long; it certainly has a lot going for it to justify a full length track. It also acts a physical divider with the album. After having an insight into having Rihanna the whore in the bedroom, she gets her clothes on to be the girlfriend in the kitchen.

If you thought that she lacked subtlety regarding sex, the track 'We All Want Love' is blatantly a ballad that even the title doesn't bother to disguise. This other Rihanna just wants to be held and to be loved. Despite the cheesiness of the sentiment, the song just about gets away with wearing a heart on its sleeve with a soft melody.

Ironically enough, she actually uses the phrase "I wear my heart on my sleeve" on the track 'Drunk on Love', which is the closest you can get to a dance version of a power ballad. Yes, it's that bad. She's drunk on love and nothing can sober her up. No really.

Teachers need to avert their eyes once again for the track 'Roc Me Out'. Just to break up the syrupy lovey dove, dirrrty Rihanna pops back, just to remind us that she can be a bad gurl when she wants to be. Like we need reminding. Unfortunately the track doesn't have the slick production of the earlier tracks, making it sound like just another piece of euro trash.

She aptly wraps things up with 'Farewell', bowing out as the loved-up Rihanna. It's a shame that it's a mind-blowingly awful song to finish on. It attempts to be big, bold and heartfelt, but at this point, it's difficult to take anything she says seriously.

Although the first half is full to the brim with obvious songs about sex, there's no denying the power of the tracks. The second half however, is a different story. It's bland pop rock, that won't shock the majority. It's far too safe for its own good.

Clearly the Rihanna with a cock in her mouth is far more fun and entertaining to listen to, rather than the Rihanna in doors blubbing about not having the right person in her life. In fact Rihanna should never be allowed to sing another ballad in her life.

If only she hadn't peaked with 'Birthday Cake' because the remaining album just crumbles away soon after it.

Perhaps Rihanna is trying too hard to please too many of her fans. It's difficult to believe that fans of her more hard core efforts would also appreciate her more tender side. And vice versa. But by attempting to be all things to all her fans, the material clearly suffers. If she put as much effort into her softer side as she does her soft porn side, Rihanna would be a far more well-rounded artist. As it stands, Talk That Talk simply demonstrates that not only is only half the material on it actually worth talking about, but also listening too.