Its difficult not to be a tad fond of Robbie. Even if youre not a fan of his music, hes the kind of cheeky chappy thats difficult to dislike. 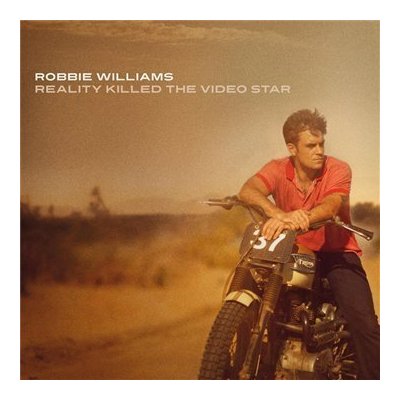 However, he is not a great singer. In fact, if he started his career today and appeared on a show like The X Factor, its unlikely his vocal talent would get him that far. Although it hasnt stopped the unstoppable juggernaut of awfulness that is Jedward. Yet.

But like his 1998 hit alluded to, Robbie is a born entertainer. He returns with this his eighth studio album, which is the follow up to 2006s underwhelming Rudebox. And sadly, this isnt that much better.

Robbie is nothing without a strong song. Classic Robbie is the late nineties, flying high with anthems like Millennium, Angels, Let Me Entertain You and Shes the One. Since then his material has been on a steady decline. This is no exception.

The albums opener perfectly fits the profile of a successful Williams ballad; filled as it is with soft strings and piano. Unfortunately Morning Sun has the same kind of impact as those white lines that separate two sides of a road  thats right, those ones right down the middle. Its mediocre with horns on.

Its a similar type of thing with You Know Me, albeit with a slight doo-wop groove to it. Its just a nice song. The kind that Radio 2 would wet themselves to make record of the week.

Blasphemy is attempting to be a clever little ditty, with the kind of word play that wants to desperately make you chuckle quietly to yourself. It includes the line Is it a blast for you coz its blas-phe-my. It feels like it could be sung on stage in a really bad musical. And be the worst song in said musical. It could even possibly make you swear out loud, its that bad.

A highlight is the up tempo Do You Mind which isnt that special, but it least it has a feeling of being a pop song about it. No pretentions, just a funky guitar riff and a catchy chorus. Almost a homage to dear old Huey Lewis and his News crew.

At some point, Robbie must have been sitting near George Michael and stole Starstruck from his back pocket. The problem is, he actually attempts to sing it like Michael, which would be fine for a Celebrity Stars in Their Eyes, but just sits awkwardly here.

The real reality is, Robbie has let his fans down, and hes let himself down. But mainly his fans. Its like hes lost his identity and he doesnt know who he wants to be anymore. Surely he doesnt want to be taken seriously as a serious singer? That would be madness.

Of course he has a get-out-of-jail-card coming up with his imminent Take That reunion. Will it happen? Yes, yes it will. Because at least then Robbie can hide behind the others and possibly re-group a while, whilst sharing that spotlight - that has been trained for so long solely on him. And on this evidence, thats exactly what he needs to do.