If an actor is serious about their profession, then at some point they have to lawyer up. It’s a rite of passage for many to play an advocate of the law, and for some they’re just ticking a box.

Denzel Washington already knows this, as he got his lawyering badge for his role in 1993’s Philadelphia. But he had to take a back seat for that one, as his co-star Tom Hanks stole the show, picking up an Oscar for his troubles.

This time however, with Roman J. Israel Esq., there’s no doubt who the main legal eagle is, and why all eyes are on him. 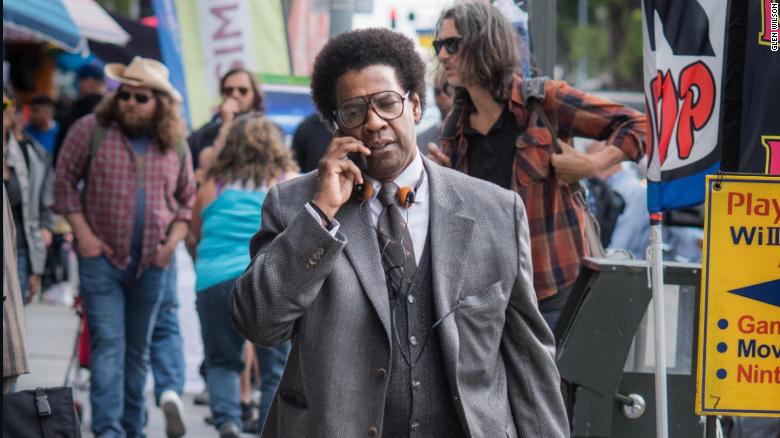 Hello? I'd like to put a contract out on Gary Oldman...

For twenty six years Roman J. Israel Esq. has been one half of a criminal defence team based in LA. For all that time his partner has been the face of the firm, appearing at court to defend their clients. Roman’s role was to stay in the office and essentially do all the donkey work. It’s a partnership that worked well for them – until his partner has a heart attack that is, leaving him in a coma fighting for his life.

With plans to bring their firm to a close, Roman faces the challenge of being unemployed. Interested in civil rights, he has an interview with Maya (Carmen Ejogo), and although she’s taken by his passion, he just doesn’t have a suitable vacancy.

Roman soon gets approached by hotshot George Pierce (Colin Farrell) however, who thinks he can add something to his huge firm. With few other offers on the table, Roman accepts.

Although being front of house as it were, isn’t something Roman is used to, he appears to take to it OK. But his eagerness to do right by one of his clients soon gets him into serious trouble. 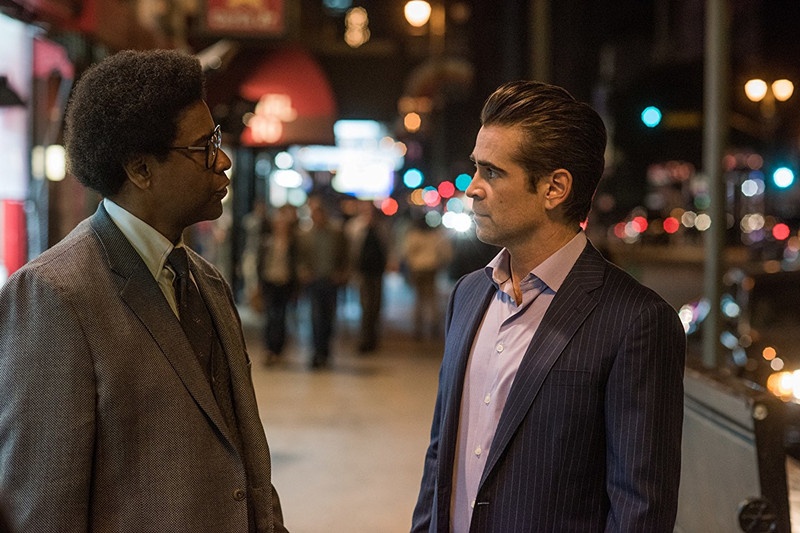 The staring contest continued for a number of days, with the result being declared a draw.

It’s not difficult to tell why Washington took this role, or more to the point, his ego. The part, beautifully written by director Dan Gilroy, is a tour de force showcase. So much so that it leaves every other part, including Farrell’s and Ejogo’s, some way off in the rear view mirror.

If you can imagine what kind of lawyer Rain Man could have made, then you have Roman. He has his mannerisms, his unique look, and his throwback, mentally and physically, to another time. In other words, an actor’s dream.

And Washington neither wastes this opportunity to shine, nor disappoints in delivering the goods. To the point where this is not only his best performance on screen since his Oscar-winning turn in 2001’s Training Day, but it could be argued that it’s his finest role in his career to date.

And to a certain extent, there’s the rub. When Washington is on this form, it’s difficult to get noticed as everyone else is lost in a haze under Washington’s considerable shadow. The same can be said for the script too; although much of his dialogue is beautifully written, the story, which becomes quite compelling towards its finale, gets slightly lost in him.

But it’s difficult to criticise an actor for going above and beyond; ultimately, there’s no other reason to watch this film than to witness an actor on his ‘A’ game, and there’s nothing wrong with that.

Gilroy should get some kudos too, considering this is only his second feature, after his well received debut, 2014’s Nightcrawler. Not only can he write intelligently, he clearly knows how to handle talent.

But this film will invariably be remembered for one thing - Mr Washington - whose performance is so good, there should be a law against it. And under the current POTUS, Washington should watch out, as whow knows, there soon very well could be.