by Mark Ronson & The Business Intl

2007 saw the release of producer wunderkind Mark Ronsons second album Version. His debut effort Here Comes the Fuzz was released four years previous to it, and although a critical success, it didnt exactly set the charts on fire. Version however, was a completely different kettle of fiery fish. 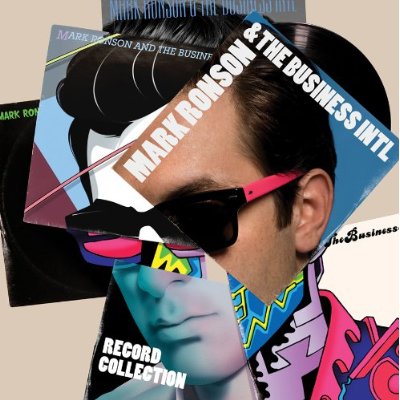 Not only did his fresh take on certain other tracks hit all the right notes, but having some famous names turn up with a helping hand certainly didnt hurt. Lily Allen, Winy Amhouse, Robbie Williams, Maximo Parks Paul Smith and the Kasabian fellas all guest starred on the album. Mark Ronson had arrived.

For his third album, Mark has turned those tables, as it were; everyone who appears on it isnt as famous as him. But does Ronson have what it takes to make it on his own merit?

There is something a little disappointing about having vocalists that youve never heard of feature on these songs. Many of them sound like sound-e-like-ees; thats not to say they dont do a bloody good job, but its a little like having vegetarian sausages; theyre all very well, but you cant beat having the real thing.

But on the other hand, it doesnt really matter. You see, Ronson clearly knows his stuff, and not only flits from one genre to the next with consummate ease, but he does it with a cohesive style. As you would expect from someone of his talent, the production is near faultless. And where it may be deemed audacious by some to include an instrumental on an album, Ronson throws caution to the wind by having a handful of them. Not only that, but theyre some of the highlights of the album, in particular, the almighty Circuit Breaker, which could quite possibly be the best instrumental since Hot Butters 1972 classic Popcorn.

Elsewhere Ronson playfully mixes the likes of pop with rap (Bang, Bang, Bang), rap with indie (The Bike Song), pop and disco (Glass Mountain Trust) etc. its a little like an all you can eat buffet for your ears, with a little of this and a slice of that on the same audio plate.

Record Collection is proof that Ronson doesnt need the support of his famous friends; thats not to say that a knock on one of their doors in the future wouldnt be a welcome one, but it isnt a deal breaker. Ronsons album does exactly what it says on the tin  its a collection of records. And a mighty fine one at that.