Everything about children can be challenging. From raising them, to tolerating them, to being wholly responsible for them, and to liking them. Obviously the last on that list is a tough one, particularly in regards to your own, but is less so for those that are just paid to care for them.

This film follows a young woman who goes through a number of changes during her time looking after a child. 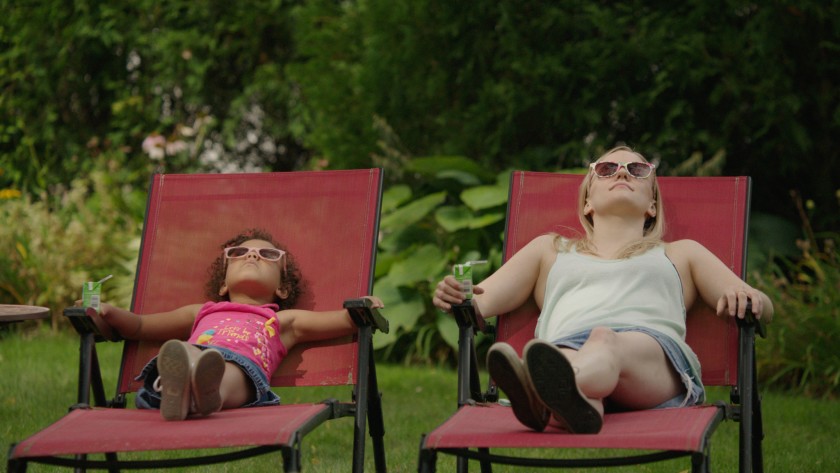 It's like I keep telling everyone, babysitting is the toughest gig...

Due to her friends, it feels like Bridget (Kelly O’Sullivan) is, at the age of 34, constantly being reminded that her body clock is well and truly ticking away.

She decides it’s time for a change, by way of profession, so she quits her job serving in a restaurant, and tries something new – being a nanny.

She ends up looking after six-year-old Frances (Ramona Edith Williams), who is, in keeping with children of her age, a real handful. It’s no wonder then that her parents Maya (Charin Alvarez) and Annie (Lily Mojekwu) are keen on having help, particularly with another child on the way.

As Bridget isn’t the type to go absolutely gooey at the sight of a child, the dynamic between them is quite stressful initially.

At the same time, Bridget gets friendly with 26-year-old Jace (Max Lipchitz), in fact a little too friendly as she ends up getting pregnant. All of a sudden she finds herself with a baby she doesn’t necessarily want, and a child that is proving really hard work to look after in her day job. It’s fair to say that when she was looking to change the direction she was going in, this wasn’t exactly what she had in mind. 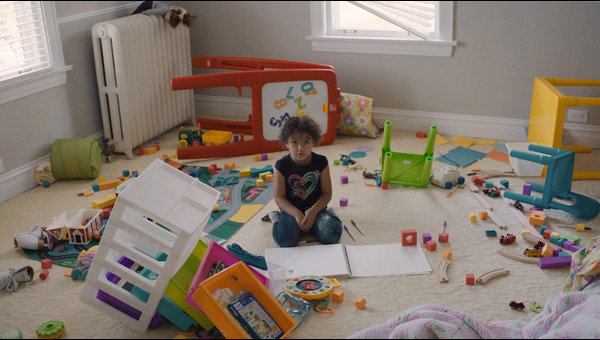 And now after that creative spurt i require a fish finger sandwich - pronto.

There’s something brutally refreshing and honest about this film. If this was a standard Hollywood flick, it would have a glossy sheen that would blind you with how shiny and upbeat it was. This indie film doesn’t just lack that sheen, it lacks the flesh too, as it cuts all the way to the bone.

Bridget is a woman fast approaching her mid-thirties and still lacks any kind of direction. Although she takes the brave first step to change her situation, she continues to make dubious decisions down the line, although the one regarding the changes in her body isn’t necessarily one of them.

So what the film presents is a woman who is far from perfect, so what it’s also doing is presenting something very rare in film – a real woman.

At its core is something quite generic in film – the pairing up of an odd couple – in this case Bridget and Frances – who really distrust each other at first, but who over time develop a strong and loving relationship.

It’s the satellite story strands surrounding this central plot that are of real interest however and the beating heart of the film. Like the strained relationship between the couple Bridget works for; one of whom develops post natal depression after the birth of their son, which causes a rift between her and her partner. Then you have the relationships Bridget has with men, and the frustrating choices she makes. And one of the biggest is the challenge Bridget faces simply physically being a woman. If there’s one lasting impression this film will leave you with is how very easy by comparison the male of the species has it in life.

Director Alex Thompson impresses throughout with his feature-length directorial debut. Knowing that the relationship between Bridget and the utterly adorable Frances is key, but at the same time he doesn’t allow it to be all encompassing; instead he develops these other issues that Bridget faces, remaining emotionally neutral as possible. This prevents the film from become over-syrupy, the likes you would expect if Disney were producing it.

Keeping it well and truly grounded are some remarkable performances from both O’Sullivan and the young Williams. O’Sullivan’s performance is drenched in realism, as she delivers a well-rounded and grounded role. She should also be commended for the script, which she also wrote, which is beautifully balanced. Thompson also gets some real magic from his young star too, who as you expect, quite often steals the show, despite not playing to the crowd.

Saint Frances is about someone reaching a point in their life where big decisions need to be made, but it’s more than that. It’s an examination of being a woman, embracing the good and the bad, with its frank and candid take on everything it entails. In short, a celebration.

Not only is it a film with a strong female cast, that shows its characters in a multitude of lights varying from vulnerable to invincible, it is also both raw and life-affirming and deserves all the praise it gets.