In recent years, there seems to be a noticeable increase in the number of bandwagons whooshing through society. No doubt the introduction of social media has helped highlight a fair few of them, with everyone’s feeds seeing various ones pop up to gain attention.

One such term is mental health; not so long ago it's one that was often pooh-poohed, with most people unwilling to admit it even existed, but now, quite rightly, it’s a social problem that well deserves its current spotlight.

Gamers, in particular, have been quick to acknowledge social issues generally, and mental health specifically, with a number of independent releases that if not tackle them directly, at least highlight their existence.

This is yet another of those independent titles, but this one is being released by Electronic Arts through their EA Originals arm. It’s good to see that this huge publisher is producing something worthy from all the money they made from their morally dubious paid loot box fiasco, with a game whose hero suffers with mental health issues throughout. 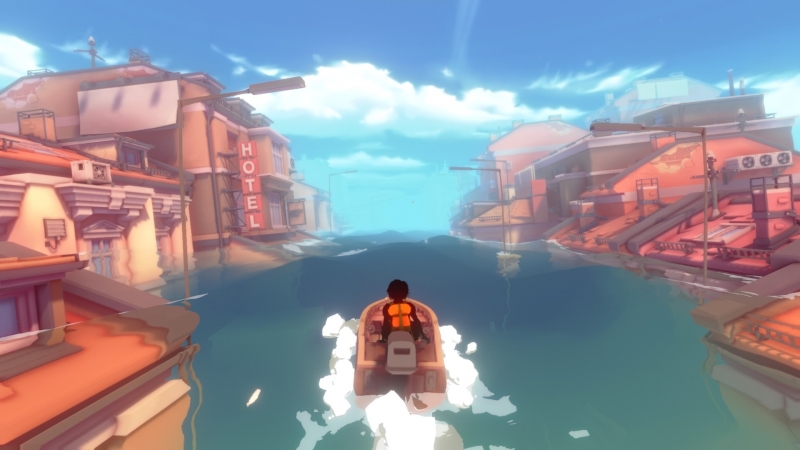 Thank God for climate change, otherwise I'd never have been able to do this.

A figure wakes from sleep on board a small boat. She is a young woman called Kay, and she’s not altogether sure where she is. Even though it is dark, she does notice the tops of houses and buildings, with the rest seemingly underwater.

Thankfully the boat does have an outboard motor that works, which allows her to investigate further. As the boat moves, the light around her follows, illuminating all around her. This is the very start of her journey, which will have Kay confront many monsters, as she attempts to make her way back home to her family.

Before the game even starts, its creative director informs us that what we are about to take part in is a “personal project about loneliness”. Certainly the deeper you go into the game, the more this sentiment becomes clear.

In fairness, the term ‘game’ is a loose one. Kay is a character that doesn’t carry any weapons per se, and what little confrontation there is, doesn’t really involve any combat. There are a number of monsters that cross her path, but they have less to do with being destroyed, and more to do with taking on board what they’re saying.

For the most part though, you're better off avoiding them all. In that sense, the game takes a big nod to the film Jaws, in that it’s best if you stay out of the water as much as you can. To do so involves a little bit of timing and a pinch of common sense; the mechanics are hardly brain teasing elements that will have you looking online to get past them.

In fact there’s very little actual interaction with the world at all. There is no puzzle element, nothing really to kill or attack, and no difficult platform sections to overcome. To that end, it feels a little like an exercise Ned Flanders would use, but instead of not so subliminally teaching Rod and Todd the many virtues of Christianity, it’s a relatively safe space to introduce the concept of mental health. 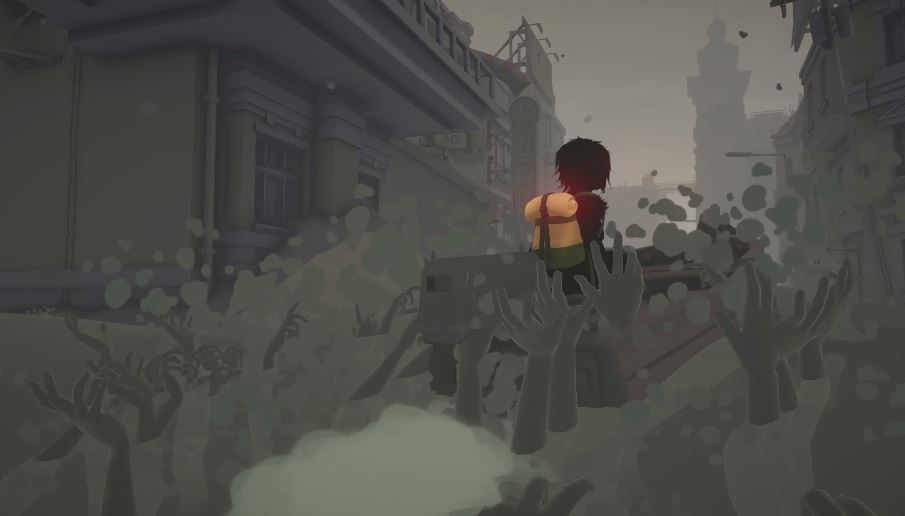 Ewww, they're all a bit too touchy feely 'round here.

There are a number of seagulls to shoo however, and messages in a bottle to collect. But that’s where any gaming elements end.

What it is then, is a ‘journey’ – both literal and metaphorically – that sees Kay, a young woman, examining the meaningful relationships in her life, be it with her parents, her younger brother, or her boyfriend, and coming to terms with her particular role with each one.

As for as developing the mental health issues, it does feel a little heavy handed. The majority of the metaphors used are glaringly literal and obvious; from the heavy bag of issues she carries around, to the monstrous characters in her life. Certainly some degree of subtlety wouldn’t have gone amiss here.

There are also times in the game that fairly important dialogue is being spoken, sadly whilst your character is in the middle of a task, which means that much of it may go unheard, which sort of defeats the point of the whole exercise.

As a standalone game it doesn’t quite have the impact perhaps the developers were after, regardless of however good their intentions were. It could certainly work as an educational tool however, aimed towards younger students, which would certainly help in getting what can be difficult conversations started.

Despite its glaring limitations, there’s no doubting its heart and mind are very much in the right place. So if it’s a choice between hushing something under the carpet, or playing a game that prompts discussion, it’s a real no brainer.