Being a Hollywood superstar is the ultimate dream for many, but it’s not all it’s cracked up to be – just ask James Dean.

This compelling drama sees US actress Jean Seberg under the spotlight, but not from being on set starring in a film, but from being under surveillance by the FBI. 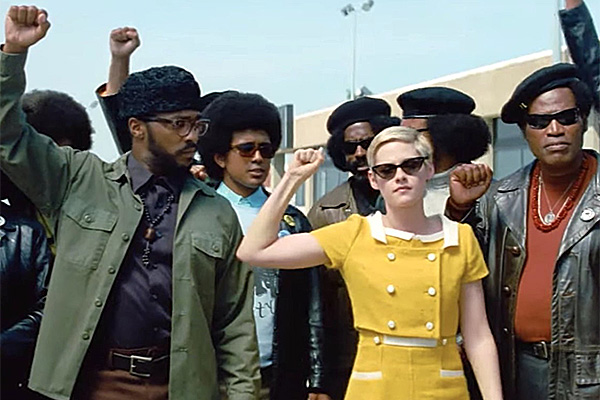 I told her 'How can yellow be seen as militant?!". And I was right.

Having starred as Joan of Arc in Otto Preminger’s Saint Joan, and also in Jean-Luc Godard’s Breathless Jean Seberg (Kristen Stewart) has become one of the most sort after – and photographed – actresses of her generation.

Her life is far from conventional however; she splits her time by living with her French husband Romain (Yvan Sky) and their son in Paris, with living and working in Hollywood.

She’s also politically motivated; seeing what’s happening to her country, she decides to show her support for the Black Panthers, by joining protests and helping them out financially. It also has to be said that she’s attracted to one of the main activists of the movement, Hakim Jamal (Anthony Mackie).

As this relationship between the pair – both of whom are married – develops, it gains the interest of the FBI, who put two of their agents, Jack (Jack O’Connell) and Carl (Vince Vaughn), on surveillance duties. Their brief is to gather as much Intel as possible, with the aim of discrediting both Hakim and all that he stands for.

As a relative newbie, Jack is all for their assignment, despite the salacious nature of the work. But as their surveillance work continues, Jack starts to consider not only the barely legal means by which they attain the evidence, but questions the morality and ethical grounds of their actions, as the damages from their findings soon becomes apparent, as Jean’s life starts to fall apart. 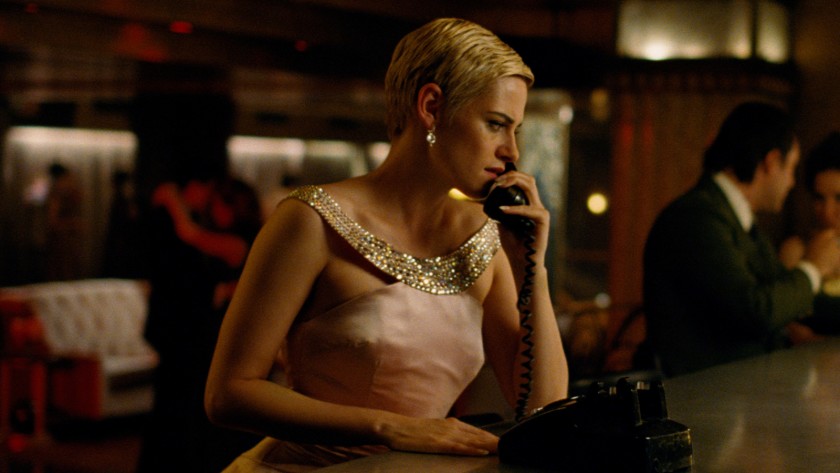 I'm sorry but if that's your best attempt at heavy-breathing, I can't see a future for us.

There’s a question that gets asked by an interviewer in the film, when he simply puts “who is Jean Seberg?”. It’s a question that could easily be put to Stewart herself. With over 50 credits to her name, she’s still yet to find one role that defines her career. Some might say that she has, and that it was as Bella in the Twilight franchise, but that would be doing her considerable talent a disservice.

That said, her career does appear to lack focus and definition, and starring as Princess Diana in the upcoming Diana is unlikely to change that.

This though is the perfect role for her, a starlet that has her own agenda, who doesn’t necessarily want to get sucked into the Hollywood machine. Seberg’s life is a fascinating one, as she shows great courage in supporting a cause with little support, particularly in Hollywood. But it’s also her ideals that become her undoing, as the bureau prises so deeply into her personal affairs that it’s no wonder Seberg suffered from paranoia.

Australian director Benedict Andrews does an excellent job of having his camera fall in love Stewart, just as it did with Seberg. He counterbalances this love perfectly with a loathing for the FBI and their abhorrent actions. In the midst of this, he also throws in the moral quagmire that Jack’s character suffers from, played ably by British actor O’Connell.

At the same time he also draws parallels between Jack and his partner Carl – another performance by Vaughn with the sharpest of edges – as Jack unwittingly becomes Carl, a menacing man he would never dream of being.

Perhaps the only area where the film stumbles, is in possibly dialling down on the dramatic. There are a number of opportunities within the script where Andrews plays it all too safe and subtle. His restraint may be well-intentioned, but his film suffers from it.

It’s an intriguing look at a rising star – and the subsequent price she paid for it – that makes Seberg both absorbing and captivating.

It may not be the film or role that finally propels Stewart into the echelons of the Hollywood elite, but it’s a strong indication that she’s more than capable of getting there.