Shangi-Chi and the Legend of the Ten Rings

If you ask someone to name all the Marvel superheroes, you’re going to get a fairly standard list – to start with at least – with a number of familiar names on it, like your Spider-Man, Iron Man, Captain America etc.

But as marvel Comics was founded in 1939, it’s no real surprise that the real number of characters they have created over the years runs into the thousands.

Take Shang-Li, a name that may not be immediately familiar to all but the most dedicated comic book nerd, is a hero who made his debut in 1973 – in Special Marvel Edition #15 fact fans. That’s a long time to wait in the superhero sidelines, but that Marvel spotlight has finally found its way onto the Master of Kung Fu himself, for his debut in the MCU. 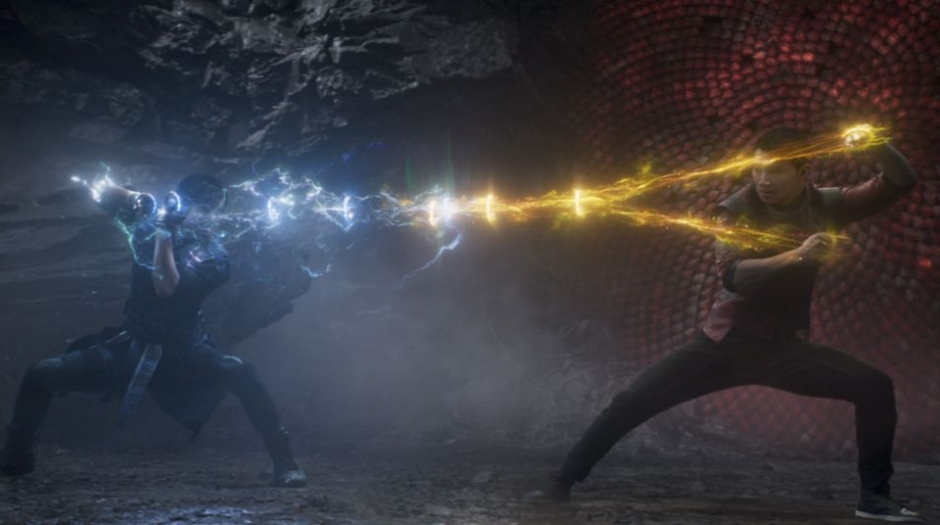 I didn't think that putting up the Christmas lights would be so complicated.

Working as a car valet with his best friend Katy (Awkwafina) in San Francisco is Shawn (Simu Liu). It’s not the most exciting of jobs, but it pays the bills. One day however, the pair are on a bus, when it’s attacked by some hardcore martial arts gang, with Shang-Li apparently their target.

To Katy’s surprise, Shawn has some moves of his own, and manages to fight the gang off, although they do manage to make off with his jade pendant.

Although close friends for years, Shawn has neglected to tell Katy of his past, not only that is real name is Shang-Li, but also of his impressive lineage; his father is Xu Wenwu (Tony Leung), the feared leader of the Ten Rings, an army of the most dangerous soldiers. They are named after the actual ten rings in Xu Wenwu’s possession, which give him great powers as well as immortality.

If that wasn’t daunting enough, his mother Ying Li (Fala Chen) was a guardian with magical powers of her own, making the pair quite the power couple. A lot to live up to then for Shang-Li and his younger sister Xialing (Meng’er Zhang).

With the Ten Rings sent to retrieve his jade pendant, Shang-Li realises that this can’t be good news, and fears that his sister may well be in trouble, as she has a jade pendent too. In a bid to save her, he decides to head off to Macau, with Katy adamant to go with him. It is the beginning of a strained family re-union that could destroy more than just family bonds. 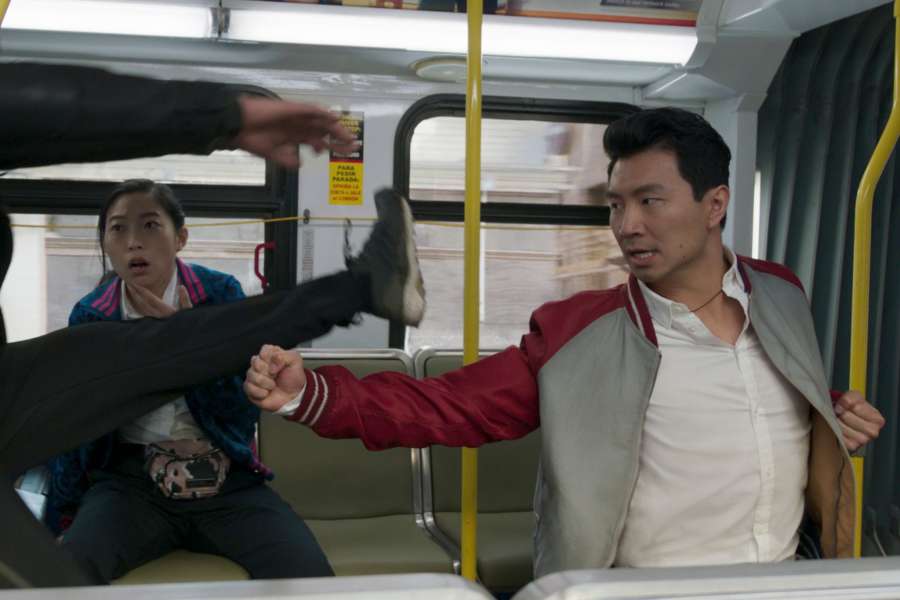 look, all I said was could you ring the bell for the next stop please?!

There’s an extreme amount of pressure on anyone helming a Marvel flick, and even more so to get it right, just ask Chloé Zhao, who has come under overwhelming criticism for her take on the recent Eternals. US director Destin Daniel Cretton however, has fared much better however for his vision for this feature.

There’s certainly a case that he was helped by the main character’s fairly low key profile. It’s an origins tale after all, and if it’s for a character that hasn’t enjoyed global popularity up until this point, there’s a fascination for what they’re about. Unlike say, Spider-Man, whose origin tale has been told so many times now on the big screen, it holds no surprises whatsoever.

Shang-Li is also distinctive in that his main strength is his skill in martial arts. The film then is brimming with inventive fight sequences, that hark back to classic martial arts flicks, with a leaning towards the more creative sequences of the likes of Jackie Chan, so they may not be outrageously violent, but it’s difficult not to be amazed by some of the choreography on show.

It should also be said that just as Black Panther was a watershed moment for both black cinema and the black community, Shang-Chi and the Legend of the Ten Rings should be considered just as important to the Asian community, featuring as it does a predominantly Asian cast.

With it getting to the point where audiences could start to suffer from Marvel fatigue, seeing the same familiar superhero outfits over and over, Shang-Li is like a breath of fresh air, bringing something both unique and original to the MCU.

Certainly Liu and Awkwafina make a good on-screen team, being engaging and entertaining, but it’s the film’s many set pieces that steal the show, pulling off some impressive moves.

Of course we’ll still be getting the next instalment of Spider-Man and the like, but it’s good to see a new face muscling in on the action, and it has to be said, doing it with some style too.