Superhero flicks and climate change have one thing in common – both are unstoppable forces that will ultimately be the death of us. If only there was a superhero who could save us from both perils?

In the meantime, Shazam! marks the three hundredth and forty-second superhero flick released this year. But although it comes from the DC comics stable, there’s a little bit more going on here than snazzy outfits and saving the world. 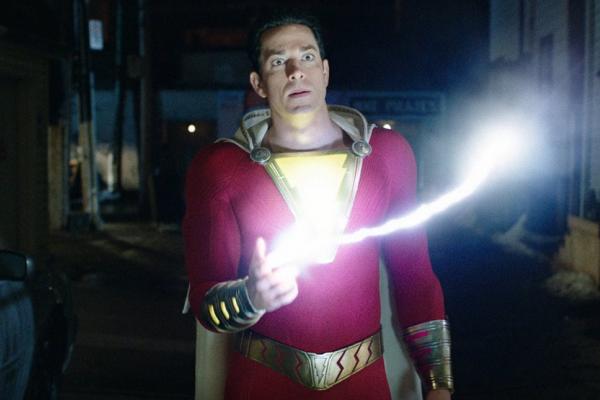 This new texting app is more powerful than i thought...

After a traumatic incident as a small child, where he got separated from his mum, Billy (Asher Angel) has been rattling around a number of children’s homes for a number of years now. After getting rejected by his latest, the fourteen year old now finds himself being taken in by a foster family in Philadelphia, who already happen to have a number of other foster kids living with them, including disabled Freddy (Jack Dylan Glazer).

It’s while trying to stand up for Freddy against some bullies at school, that Billy finds himself on a subway train for safety. Between stations, the carriage is magicked away to a mysterious destination, where he meets a wizard (Djimon Housou). He has summoned Billy to see if he is pure of heart, as he needs someone to succeed him. This entails absorbing all of his powers, which Billy does.

Billy remains his fourteen year old self until he utters the word ‘Shazam!’, which then sees him transform into an adult form of himself. Shazam (Zachary Levi) may look a lot older, but inside is still the young Billy running the show. With the help of Freddy, who knows a thing or two about superheroes, Shazam learns what his powers actually are, and how best to use them.

Which is just as well, as unbeknownst to Shazam, there is super-villain Thaddeus Savona(Mark Strong), waiting in the wings to challenge his superhero status and bring him down. 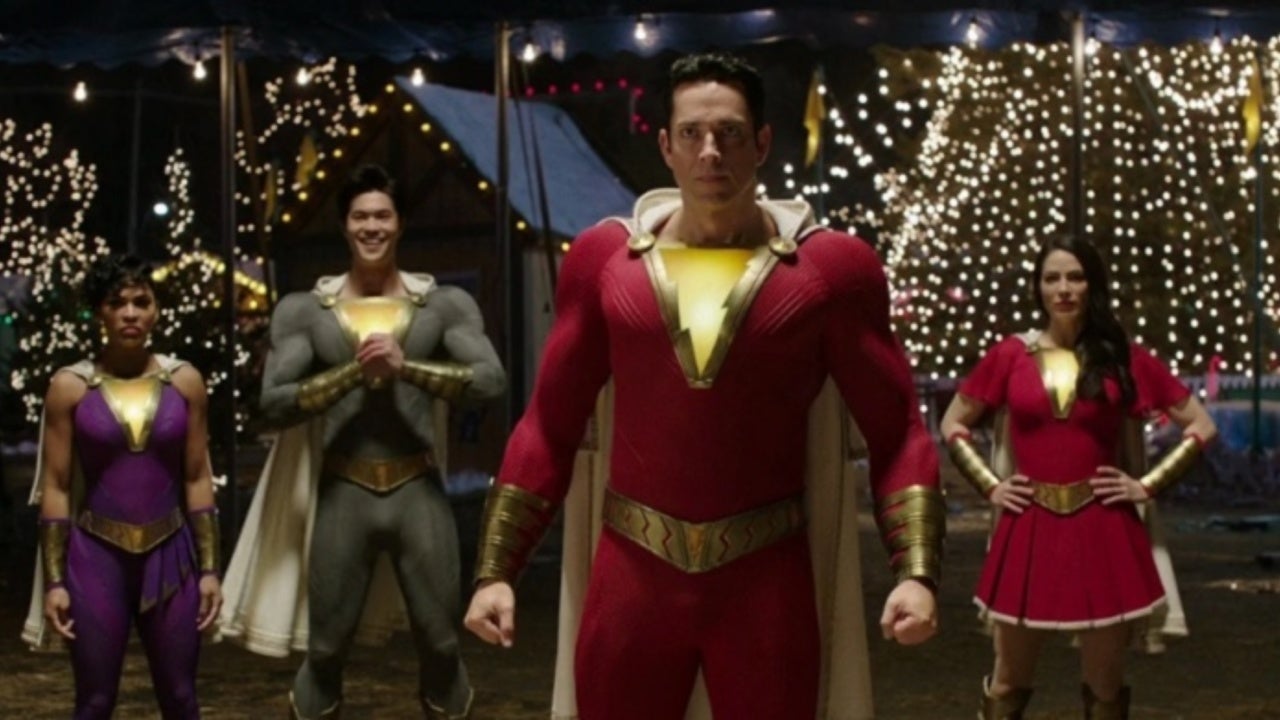 Not everyone was happy with the Look-Like-a-Superhero contest winner.

On one level, Shazam! follows the basic principles of the modern superhero flick: introduce the protagonist’s origins tale, reveal their superpowers, and conclude with showdown with super-villain.

But it’s more than just that, for better or worse. It’s also a curious hybrid, borrowing magical elements from the likes of Harry Potter and Narnia adventures, as well as a knowing nod to Big, including a cute visual reference. But by embracing all these different elements, director David F. Sandberg loses sight of what the film is exactly. Is it a superhero flick? A warm eighties family comedy? Or a Big clone in a silly outfit?

Although brave in attempting to bring something new to the superhero table, it’s just trying to be too many things at once, and in doing so, waters down any originality it might have, severely.

Zachary Levi is great as the titular character, but with so much going on, he actually has very little screen time. And with a running time of over two hours, that’s a helluva lot of filler.

Every superhero has his Achilles heel, and unfortunately for Shazam, it’s his clunky script. It’s overlong, with some characters – mainly Strong’s villain – underdeveloped, but ultimately lacking strong direction.

It had good intentions, to offer something than your bog-standard superhero origins film, but it just lost itself in its attempt to be a little different.

We’re reaching that saturation point now, where audiences may have to decide which ones of their superheroes they want to see on the big screen. And unfortunately for Shazam, he just simply doesn’t make our cut.