Have you ever wondered how urban myths are created? Possibly more interesting is what makes one take off over another? For instance, why isn’t the curse of the Egg Man an actual thing? We could start it right here, right now, but without enough people investing in it, the Egg Man will be beaten to an eggy pulp and part of an omelette before you know it.

For writer and director Amy Seimetz’s latest offering, she adds an esoteric spin to the urban legend genre. 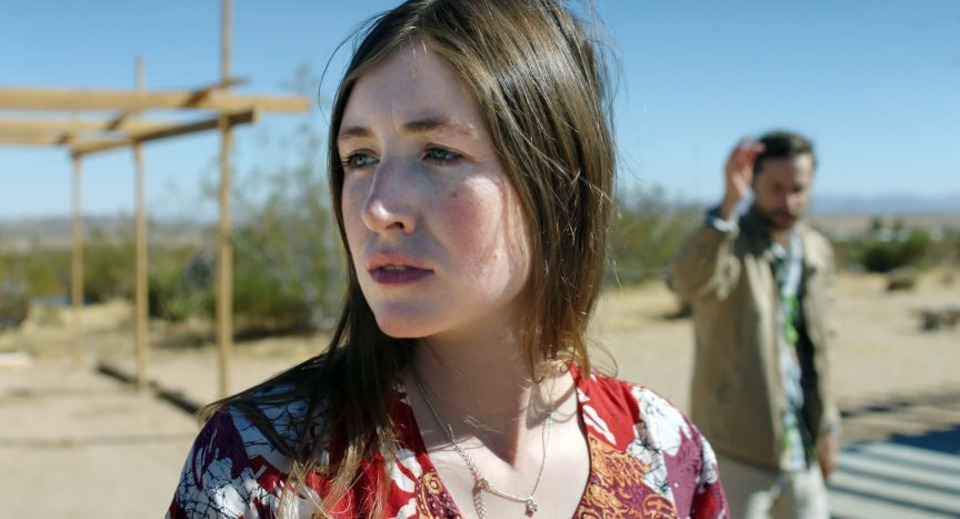 I'm just going to ignore him. As if i'm going to give him my free loyalty card coffee!

It should be a big moment in anyone’s life, moving into a new house, but Amy (Kate Lyn Sheil) appears to have something more pressing on her mind. Her friend Jane (Jane Adams) calls her, to see how she is, and is quickly made aware that Amy doesn’t sound right. Amy mumbles on the phone if Jane could come and visit her, but Jane has a thing – her sister-in-law’s birthday party – and although they don’t really like each other, she feels she should make the effort to turn up for her brother Jason’s (Chris Messina) sake.

Jane, sensing that Amy isn’t OK, swings by her new place on the way to the birthday party. And one thing is for certain, Amy isn’t OK. She appears to be in quite a morbid state of mind, to the point where she declares that she’s going to die tomorrow. Knowing that Amy is young and healthy, she just takes what her friend is saying as a cry for help. Her unrelenting tone however is freaking Jane out a little. So she tells Amy that she’ll talk to her the following the day.

Jane goes home, and returns to her work. As she does so, she starts to feel...different. She starts to feel as if things aren’t OK, and that perhaps, just perhaps, she may have little time left to live. In a panic, she decides to take off for the party, where everyone there is in a good party mood, and then Jane arrives... 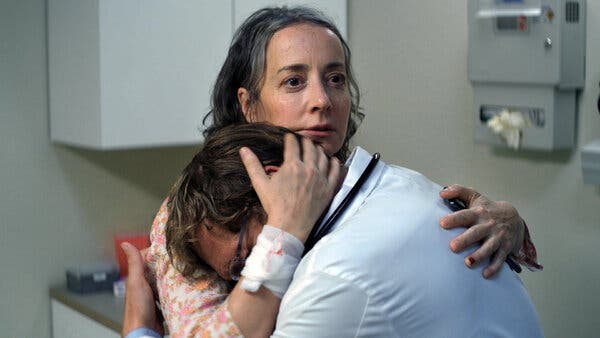 I wonder if he's this emotional with every patient he tells they have a verucca?

Seimetz’s film is a thought-provoking hybrid between a mysterious urban legend and an unknown virus outbreak. In much the same way that watching that dodgy videotape in the The Ring franchise can have a terminal effect on your health, so can uttering “I’m dying tomorrow” in company have a similar result.

Seimetz doesn’t get bogged down by the science of it; instead she chooses the far creepier method of letting it seep organically into your mind. In doing so, audiences become aware of the trickle effect, as this curious viral emotion appears to take hold of more and more people. She doesn’t let it get out of hand, to like pandemic levels, so even by keeping it fairly localised seems to make it all the more the chilling.

It’s by no means a conventional horror film, with its slow pace and a vague storyline that does nothing to give anything away, but it still makes for a uniquely intense experience.

The director gets a tad absorbed, certainly in the first third with the film, with far too many shots of very little going on, going far beyond setting the mood, but she does maintain an air of curiosity throughout, giving her film a The Twilight Zone - esque quality that just may well play on your mind too.