The horror genre is sadly predominantly produced by the male of the species, with men more often than not featuring heavily behind and in front of the camera.

This latest horror thankfully bucks that trend, with two strong female leads, as well as also being written and directed by women. 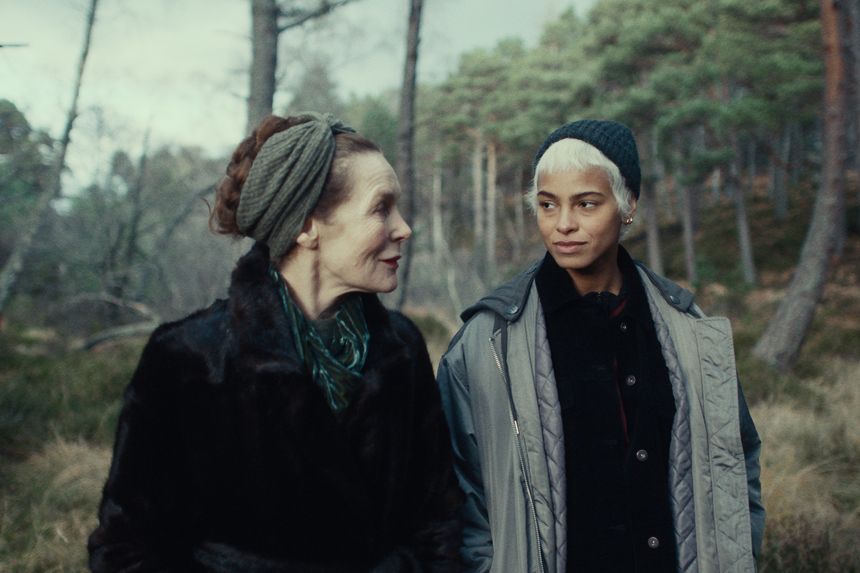 In my trailer I can have a bath and a shower. Can you?

Having had a major surgery Veronica (Alice Krige), an actress now in her twilight years, heads north to the Scottish highlands with her American nurse Desi (Kota Eberhardt) accompanying her, to a solitary retreat to recuperate.

It transpires that there’s not much solitude in the main building, as they have unfortunately arrived at the wrong time of year for that, but still manage to be given a small lodge in the woods where they can be alone.

Even then however, they appear not to be fully alone, as the woods have a power of their own, that seeps inside Veronica, which takes her back to not only confront her past, but avenge what happened in it. 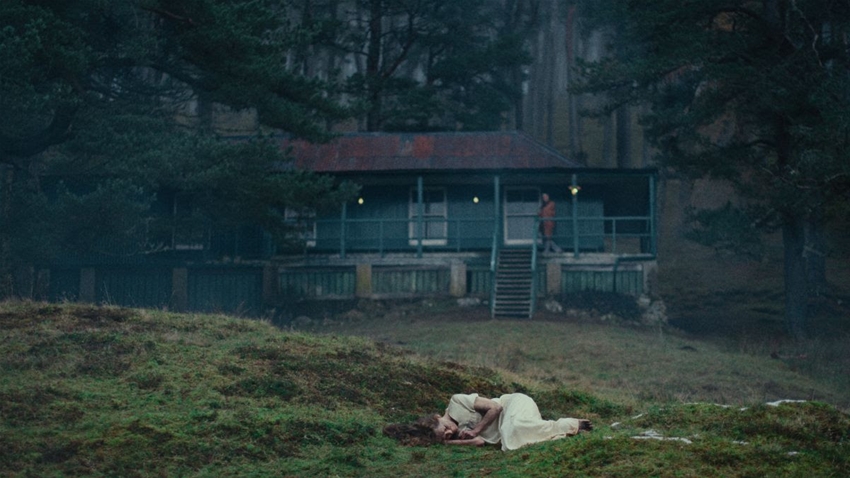 Some peoples idea of glamping wasn't to everyones liking.

There are a lot of positives surrounding this release, with the most notable one being how many women are involved; not only is its star Krige a woman, she’s also 68, which is such a rarity in films these days to have older female talent in starring roles. She does remarkably well too, considering the amount of time she has to spend outside in the woods with hardly anything on.

She’s ably supported by the younger Eberhardt, who plays a character a long way from home, often having to deal with a difficult client.

And even though they don’t have much to do, the men involved give their support too, with great turns by Malcolm McDowell and Rupert Everett. It would have been great to see more of them, without taking anything away from the two leads. The film also has the legend that is Dario Argento serving as exec producer, and Clint Mansell in charge of music, making the male contribution not so shabby at all.

Charlotte Colbert, who co-wrote with Kitty Percy, makes an impressive directorial debut with a feature brimming with atmosphere. It may not be the most horrific, brutal experience on screen, but it certainly delivers a pleasing mysticism to these curious goings-on in the Highlands.

It could be said that more could be made of the back story, involving the burning of witches, but it still manages to convey a tangible sense of foreboding, as well as an air of retribution in a male lead world.

And if anyone was concerned that Krige wouldn’t be able to get under the skin of an actress whose star power has long gone, never fear, She Does, remarkably so.