When adapting a biographical story for the screen, you would expect a key requirement is to pay attention to factual details. This film however, isn’t quite as respectful to the truth, despite featuring a real life figure in history, as it’s based on a novel involving said figure in fictional events.

The person in question is acclaimed US writer Shirley Jackson, who made a name for herself writing horror and mystery fiction, and the novel she features in is 2014’s mostly fictional novel Shirley by Susan Scarf Merrell, which is the source material for this curious feature. 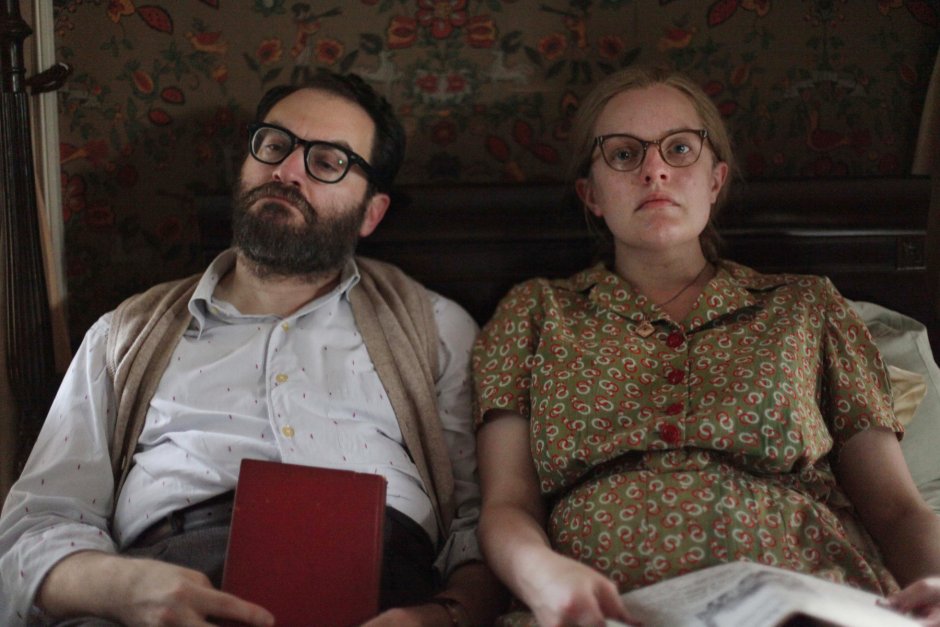 Both were coming to the realisation that reading Trump's book wasn't the best for foreplay.

It’s exciting times for newlyweds Rosie (Odessa Young) and Fred Nemser (Logan Lerman) as they arrive at Bennington College, to start their life together. Fred is not only studying there, he is also aiding his professor, Stanley (Michael Stuhlbarg).

Knowing they haven’t got a place to live just yet, he tells them they can stay with him and his wife Shirley (Elisabeth Moss). Although this initially appears like a kind-hearted gesture, the reality is something far more sober.

Within days, Stanley asks if they could help out with some chores, cooking, etc around the house, as their maid has just upped and left. And by ‘they’, he really means Rosie. Although not ideal, ‘they’ agree, and it’s not long in before they understand the rumours of Shirley being quite difficult to interact with.

Shirley has a spiky personality with no filter, meaning she says what’s on her mind. And just like the young couple she now finds under her roof, she initially takes a dislike to the pair, but over time, develops a relationship of sorts, with Rosie.

It swiftly turns into a toxic environ for all however, with air becoming thick all too quick with lies and betrayal. 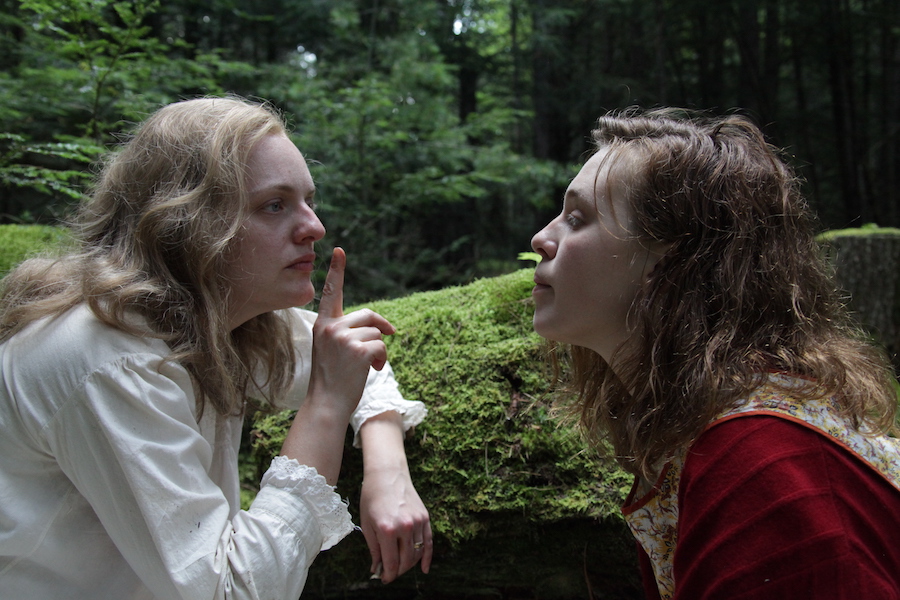 Trust me this one finger can destroy you!

US director Josephine Decker’s latest venture is a peculiar kettle of fish. Much of this fishery must be down to the oddness of its source work of fiction.

What’s certainly true is that Shirley Jackson and her partner Stanley are real people, with Shirley acknowledged for her contribution to the horror and mystery genres in literary circles.

What’s pure fiction however appears to be the majority of the narrative of the film, with the inclusion of fictional characters the Nemsers. It’s a little bit like making a film about Barack Obama, focusing on his early career as an up and coming rap artist in the ghetto. No doubt it would make for an interesting watch, but it never happened.

And although Decker’s film is beautifully crafted, essentially weaving a fictitious plot with what could possibly be further fictitious events - so much so that you are left with considering the possibility of whether the fictitious Nemsers ever existed at all or were they merely character’s in Shirley’s imagination – it raises some interesting issues about real life individuals in works of fiction.

It certainly did for Shirley and Stanley’s son, who has stated that the portrayal of parents is highly inaccurate, and could well leave audiences leaving with the wrong impression about them both. And he has a valid point. Decker makes no effort to inform her audience that although some characters are real, the film they are about to watch is a work of pure fiction, which doesn’t feel wholly responsible.

What she does get right are some strident performances, most notably from Moss and young Young, who both take on almost gothic cartoon caricatures in places.

There’s no doubt that the film has a suitably mysterious tone throughout it, as the audiences ponders what is and isn’t real, it’s just a shame that Decker didn’t offer more clarity from the off as to the mysterious nature of the source material too.